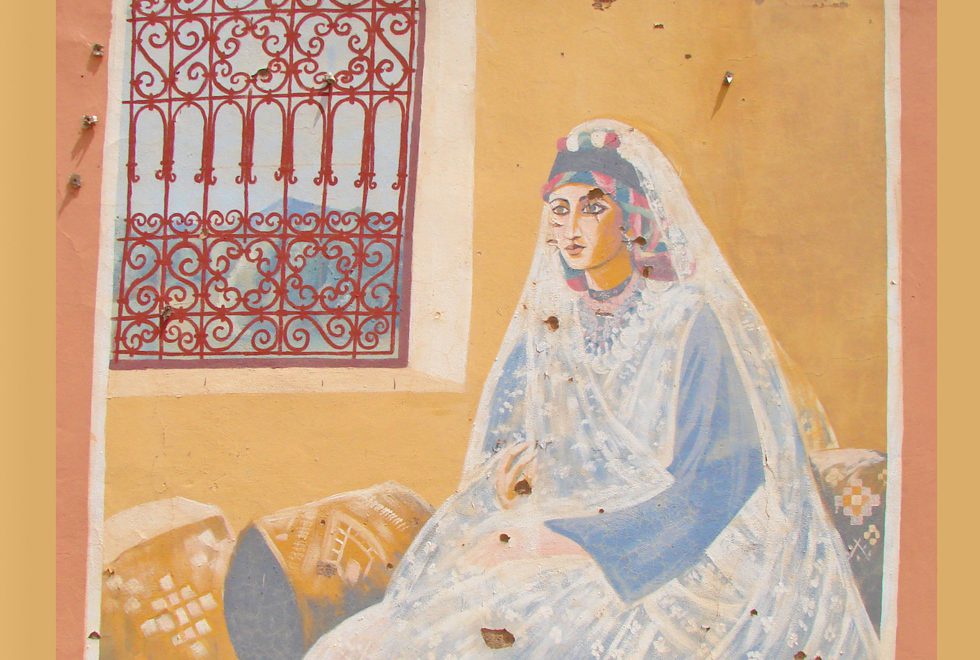 I asked “Whose wedding?” They answered “Yours.”

I was born in Algeria but was raised in France. Now at 42, I am divorced and the head of the legal department of an insurance company. Very few people around me know what happened to me 24 years ago in 1992.

I was 18. It was the last year of high school in France. It was rough. That year is a rite of passage in France: there is an exam that will decide the rest of your life. You pass it, and university opens its arms to you. You fail, and you either decide to try it again, or you just leave education for good.

All my friends were focused solely on that exam. Their families were putting pressure on them to succeed. In my home, it was another story. My parents thought an educated girl would be a pain, because no husband would want her. My mom used to say, ‘If she passes this exam she will not have a husband.’ She put all her efforts into making me fail. I still do not know how I managed, but I did actually pass the exam. Somehow, I thought if I was good, good things will happen to me. Life does not really work like that, but I was too young, too immature, and too trustful to understand that at the time.

I still remember the day I found out about my marriage. I had spent a week in my grandparents’ house in a small Berber village. My parents came to take me to our summer house. I was sitting out in the back, looking at the olive trees and the landscape of Kabylia. It was around 11 AM and people had started to go indoors as it was getting hot.

My dad was driving; my mum was sitting in the front too. I am not sure which of them spoke to the other. I just understood some distant family member was unhappy because they weren’t invited to the wedding. I asked ‘Whose wedding?’ The answer was: yours. They did not even look at me.

I just crumbled from inside. Even now, 24 years later, I still do not have enough distance to contain my emotions at the memory of this event. I can just about control my anger and my tears, but the pain is still there.

I stayed for 18 months in Algeria. I mean I stayed in a house in Algeria. I was not allowed to go out. Even when I got sick, I had to wait for my mother-in-law, my husband or even a child to take me to the doctor. This was not the Algeria I knew. My family had been quite open-minded. One aunt was a teacher, another aunt was at the university. But because they were living in France, my parents wanted to use me to make a statement on how they valued our traditions.

It is weird to think that during that 18 months, I could live without taking any decisions.  Really, I took no decisions at all. Even the clothes I wore had been chosen for me by someone else. It took me months to realise that my mother had prepared everything behind my back, that the people I trusted the most were actually the ones who betrayed me, or that honour or promises have a relative value.  Silly, good girl, as I was.

I tried to be a good wife. I veered from the life I had wanted for myself, from my own dreams, trying to forget my life before, to accept life in another world – quite literally another world. Running water was not available every day, the groceries were done by the men of the family, and we all lived together (and all means 12 adults and 6 kids in one house). Cooking duties were assumed only by the spouses of the sons of the family. This made four women, including myself, cooking by turns. We had shifts! One day cleaning the house, one day cooking, one day washing clothes. This was my new life. It was very distant from the life of a teenage girl living in a suburb in Paris, where we had washing machines, running water, libraries, school, shopping and cinemas. I tried to manage, because that is what was expected from me. My parents had asked me not to bring shame to my family. So, I accepted this new life.

The first time my husband beat me, I asked myself: ‘Will you accept that too?’

The next summer, my parents came back to Algeria for their holidays. My mum had been informed of my husband’s violence by my mother-in-law.  I truly thought I would get support from her, because my dad never beat her. Her reaction left me speechless: ‘Your dad is old, and if he dies nobody will take care of you. You cannot rely on your brothers. You have no choice but to stay.’  This should have left me heartbroken, weak and submissive. It did not.

That day, I found my strength, and I decided. I decided that I would take care of myself. I decided that I would be the one in charge of myself.  Six months later, I was in France, in my parents’ home.  It took me seven years to get a divorce. During those seven years, my life changed totally. I sold bread in a bakery for a year. Then I attended university, without telling my parents. I lied to them. They had only been informed that I was a university student during my third year.

I am today the woman they did not want me to become. I am educated. I have a highly qualified job and I am not married. And despite all that, they still speak to me, they still call me to visit them, and they miss me. So why?  What happened to that insurmountable barrier, that pushed them to force my marriage all those years ago?

The entire marriage was a waste. It totally ruined part of me, and nothing can bring back the love and trust I had for them when was 18. It changed me radically. I could have been the loving wife and mother they wanted me to be, but after that experience, it became impossible. I have rejected the life they planned for me with all my force. Maybe if we had communicated, if they knew who I was and who I wanted to be, maybe if they trusted me just a bit, everything would have been so different.

Did I forget? No.

Am I angry? Totally.

Am I still sad? Deeply.

Is it still hurting? Yes, and I accept that the injury will never truly heal.

Forced marriage is not limited to Islam. It is, or has been, practiced all over the world by different cultures and religions and in some communities it persists. I honestly thought that things would change in the over 20 years since my marriage, that society would improve and that somehow a bridge will be built between parents and children. I hoped that this kind of abuse would never happen again. There were so many examples around me in Algeria and in France that I really trusted that now these forced marriage were over.

But the statistics are totally against my hopes: according to a report by France’s high council for integration from 2003, in France, there is an average of 70,000 young girls “exposed to a risk” of forced marriage every year. The majority are young Muslim women between 15 to 18 years old.

I was born in Algeria and moved to France when I was two. Except for 18 months spent in Algeria, I lived in Europe (France and Malta) all my life. I have been a lawyer since 2002, and have been working in the insurance business since 2003.