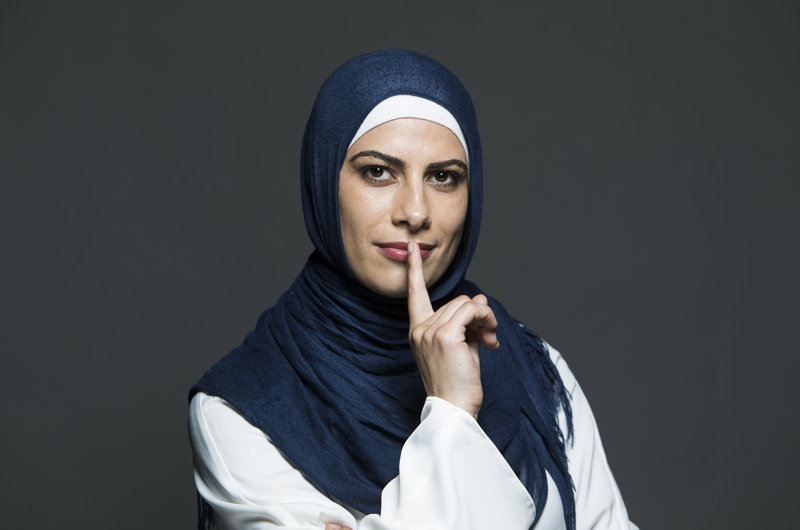 Do not interrupt me, sir

As my male interviewee interrupts me for the third time in the same session, I ask myself: ‘Would he have done that if I were a man?’ I do not entertain that thought for long, because I must jot down what he says. Walking back to my car after the interview, I look back over our talk and notice that his answers weren’t even the least bit relevant to my questions. It did seem as if he were completely oblivious to my existence and talked only about the topics he wanted to raise. In my career as a female journalist, there have been countless incidents when I have thought, ‘This would not have happened to a man.’ Among the many discriminations that come to mind are being flirted with by male spokespersons, not getting call-backs from certain companies and governmental entities when my male counterparts did, and being given day-to-day reporting instead of serious, in-depth analyses. Getting into my car, I felt infuriated as I recalled these incidents. I vowed to pay tribute to all the amazing women journalists who had fought to get us into this profession, as hard as it is to do so in the conservative, traditional, Muslim society of Jordan. ‘I will be taken seriously. I will not be interrupted. I will demand respect’: this was the new-year-sounding resolution that I made to myself.

The next time I did a phone interview with a male spokesperson over the phone, I let myself down by not living up to those expectations. It was an article where I needed confirmation of some of its facts. I had spent the last three hours trying to get someone from the company to answer my calls, so I was relieved when their spokesperson finally condescended to pick up the phone. Despite the fact that he started asking about my origin because he ‘knows someone with the same last name’ as mine, despite the fact that he talked and said hello to his fellow colleagues while I was still on the phone, and despite the fact that he seemed to not have a clue about a pressing issue involving his company – I played nice. I felt like a huge disappointment, both to myself and to the women I take as role models. Every fibre of my being wanted to scream at him, to tell him to treat me with respect, but my trembling hands and quiet voice got in the way.

I did not, however, give up on my resolution. I know that change does not happen overnight, and that I needed to build up the strength to stand up for myself gradually. I started by identifying the real reasons why I was so scared to call these men out for their incompetence, unprofessionalism, and rudeness. The most obvious reason was that I was a journalist and I needed to maintain connections with everyone. This of course applies to both men and women, so it was a problem that was also present in my male colleagues’ professional lives. The reason, staring me right in face, that I refused to admit was simple: I still cared what society thought of me. Because journalism requires women in conservative societies to be forcefully exposed to a male-dominated world, I had to show society that I still hadn’t lost my ‘femininity’, and that I was still ‘a good, traditional woman’.

Due to growing up around female relatives whose main goal was to get married, and who considered remaining single a tragedy, I still thought I needed to please everyone. The truth is, however, that I couldn’t care less if I got married or not. I couldn’t care less if someone thought of me as ‘feminine’. I couldn’t care less if I had to deal with men if that was my job. With this new revelation taking hold of me, I felt reborn. Free, this time, of society’s standards. The next time I was talking to a male spokesperson over the phone about a private issue at their company that had gone public, he immediately started talking about the incident in general. He hadn’t waited for me to finish my question, which did not require a complete report on the situation. That was when I finally summed up the courage to say in a clear voice, with stable (not trembling) hands, ‘Do not interrupt me, sir.’

The author is a Canadian Jordanian who has lived most of her life in Malaysia. Currently residing in Amman, she writes for The Jordan Times and Global Voices. Her main interests include gender equality, women empowerment, environmental politics, education, labour rights, the refugee crisis, and human rights.