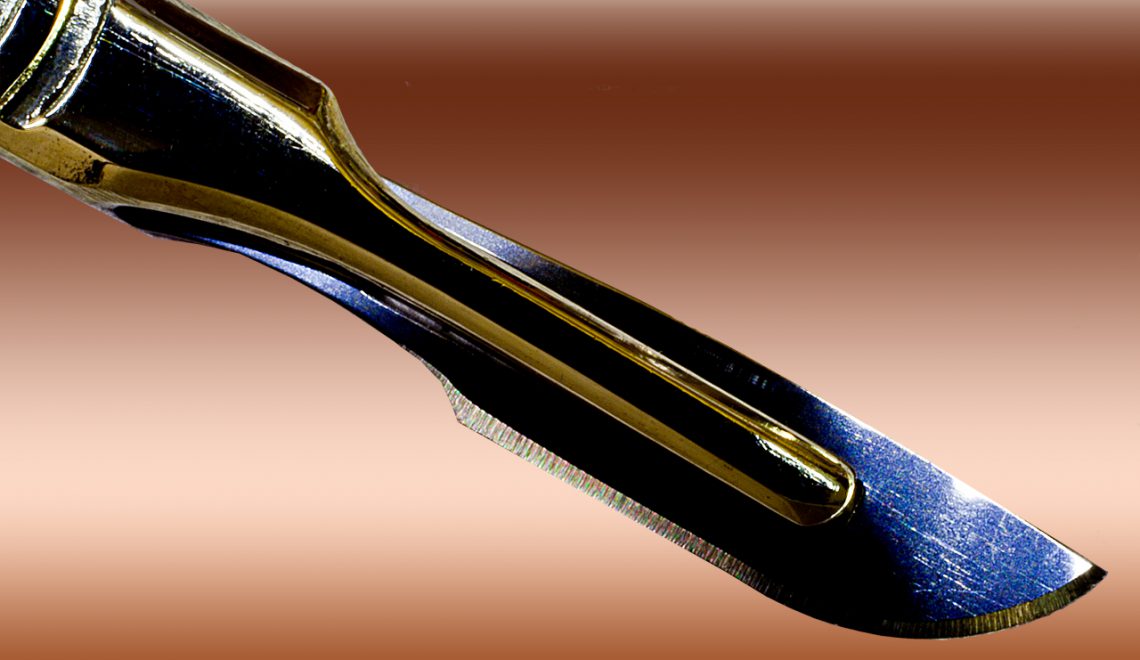 FGM/C is American, too.

My name is Mariya and I am a survivor of Female Genital Mutilation/Cutting (FGM/C). These days, that is the first bit of information that anyone who hears my name knows about me, particularly since in April 2017, a doctor was arrested for performing FGM/C on two girls in Detroit Michigan. This doctor, well, she belonged to the same religious community that I was raised in. And because I am the cofounder of Sahiyo, an organization that works towards ending FGM/C within South Asian communities, and in specific my community, the Dawoodi Bohras.

When the doctor was arrested, it was big time news within the Dawoodi Bohra community. I received texts, emails, WhatsApp messages and phone calls from Dawoodi Bohra women and men from around the world. Some folks said, finally, someone is being held accountable for continuing this barbaric practice. Others said that they felt torn that the doctor was being held responsible when she was just a blind follower doing what the religious leaders were telling her to do. Yet others were upset and angry, because they believed what the Dawoodi Bohras did was a ‘mild’ form of female genital mutilation/cutting, that it was a religious requirement that should not be questioned and that they had every right to do it to their girls. My own thoughts, when I was finally able to have a minute to myself, were: oh shit!

Now that the U.S. had charged someone under the federal U.S. Law – 18 U.S. Code § 116 – Female genital mutilation, which criminalize FGM/C, the issue would be the radar everywhere. It would be much more prominent than it had ever been before, because, for better or worse, the United States currently holds an influence that is unparalleled by any other country on earth.

And because this first person to ever be charged for performing FGM/C came from a Muslim community, this case would lead to increased discrimination against Muslims and increase hate speech towards immigrants. I’d seen it happen before, when I shared my story of undergoing FGM/C publicly with ABC News in 2016. I wrote about it recently again, in an article for NPR’s Codeswitch. I was frustrated at seeing racial and religious discrimination occurring to entire communities because of misguided actions done by a few. So I wrote about it. I mentioned that in the past ten years, I had worked to raise awareness of and advocate against FGM/C, and that I had learned that to make the issue of FGM/C significant for all living in the United States. I had inform people with different backgrounds from my own, that members of their own ethnic/religious groups were guilty of continuing FGM/C as well – even white Christians.

After the article came out, friends and colleagues congratulated me for sharing my story and for painting a fuller picture showing that FGM/C affected all communities. Yet, one friend’s response shocked me – not because of the content of what she said because I had heard it all before – but because she was my friend. She asked me if any data existed on how common FGM/C was amongst Christian communities today in the United States, because after reading my article, she immediately was worried that it might be something practiced by some of her relatives who lived in the mid-west.

I told her that we didn’t know. My friend’s reaction was one of anger. She informed me that if no data existed, then, I should not make the assumption that FGM/C happens to other communities and to Christians. But you see, part of the problems is that data on FGM/C is only collected in 30 countries around the world. It is not collected in countries like India or the United States. So the girls who had FGM/C performed on them in Detroit, and women like Renee Bergstrom and myself – have never been included in any large-scale data collection.

In part, I saw the irony in what she was saying – she wanted me to not say that it happened to communities she was a part of, and it was similar to how I felt when I hear people saying that ‘All Muslims perform FGM/C’ or ‘only immigrants do that.’ No one likes assumptions. But my NPR article was not written in order to make an assumption: it was written to show that a gap in data existed, and that there were women who needed to be included in data on FGM/C.

And I have learned that if we don’t make their stories known – if we don’t show that FGM/C affects all communities – then we will never be able to put enough pressure on international bodies to create the methods of data collection, and we’ll never be able to prove that services are needed to support the women who have undergone it.

My friend’s anger reminded me that people in this country are uncomfortable with the idea that FGM/C happens here in the United States. It’s why so often, when I mention the line of work that I am involved in, so many people scrunch their faces, as if they are physically in pain because I have used the term ‘Female Genital Cutting or Mutilation.’

I wonder if they have heard of labiaplasty. The World Health Organization’s definition of FGM/C includes any altering of genitalia not done for medical purposes. Labiaplasty falls into this category and is increasingly being performed on adolescent girls for cosmetic reasons.

The American Society for Aesthetic Plastic Surgery says that 400 girls 18 and younger had labiaplasty last year, an 80 percent increase from the 222 girls who had cosmetic genital surgery in 2014. While the overall numbers remain small, the data probably understates the trend because it does not include procedures performed by gynecologists. A 2013 British report found the number of labial reductions on girls and women done by the National Health Service had increased fivefold over 10 years.

The article also states that gynecologists who care for teenage girls have reported receiving requests every week from patients who want surgery to trim their labia minora, mostly for cosmetic reasons. Coincidently, aesthetics is one of the many reasons given by people living in ‘other countries’ where FGM/C is reported to happen. Because of the growing trend amongst adolescents, in 2017, The American College of Obstetricians and Gynecologist had to update their guidelines to include:

Surgical correction (labiaplasty) in girls younger than 18 years should be considered only in those with significant congenital malformation, or persistent symptoms that the physician believes are caused directly by labial anatomy, or both. Physicians should be aware that surgical alteration of the labia that is not necessary to the health of the adolescent, who is younger than 18 years, is a violation of federal criminal law. At least half of the states also have laws criminalizing labiaplasty under certain circumstances, and some of these laws apply to minors and adults. Obstetrician-gynecologist should be aware of federal and state laws that affect this and similar procedures.

To my friend who grew angry with me and to the many others out there who want to fight me on the fact that FGM/C does occur within all communities, I want to say, that of course, I don’t want it to be true. But every year we seem to learn that FGM/C is occurring somewhere else in the world, and has been occurring for decades, perhaps centuries in that area of the world. In the last few years, we have learned that it happens in Russia and Colombia and Australia prosecuted its first FGM/C case.

The sad reality is that FGM/C crosses races, ethnicities, religions, economic backgrounds, and educational backgrounds. This form of gender violence is more prevalent then we are aware of: we just don’t have the data yet to back it up, because it is only recently has the rest of the world decided that this form of violence should be paid more attention to.

For the past decade Mariya Taher has advocated against gender violence through research, policy, program development, and direct service. In 2015, she cofounded Sahiyo to empower Asian communities to end female genital cutting. The Manhattan Young Democrats honored her as a 2017 Engendering Progress honoree. Mariya also is a prolific writer whose writings have appeared on NPR, Ms. Magazine, Huffington Post, The Fair Observer, Brown Girl Magazine, Solstice Literary Magazine, The Express Tribune, The San Francisco Examiner, The Flexible Persona, Cecile’s Writer’s Magazine, and more.