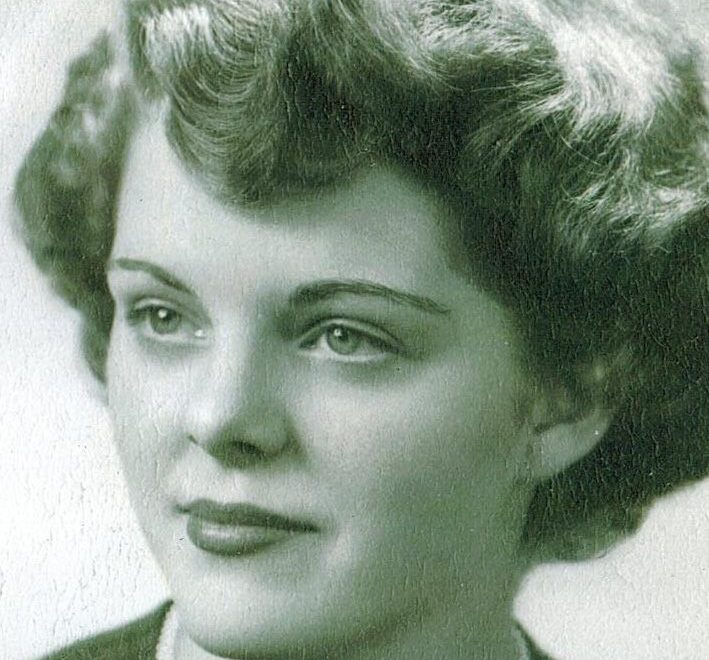 A dream of my mother

It was in April, 1990 when my mother was diagnosed with cancer of the gallbladder. Wouldn’t you know it? She’d have an oddball type of cancer. Mom went through chemotherapy during one of the hottest summers in one of the most blazing cities in the U.S. – Tucson.

My mother had battled much ‘heat’ in her lifetime. Growing up hungry during the depression she learned to eat an apple to its core. My grandmother would tell her, ‘Barb, you never know when you’re going to have another one.’ Later, she became a wife and mother of four small children, including my deaf sister, then a young widow at the age of thirty-four.

With no other alternatives, she married a man who thrived on her pain of her loss. This ignited her next heated battle: against alcoholism. After thirteen years of swallowing her scorching agony in the form of alcohol, my mom woke up one day in March, 1983, to declare, ‘I’m a drunk, an alcoholic. I’m finished drinking.’

Slowly we regained her. Through countless AA meetings, a good support group and the decision to divorce the manipulator, she began to heal. After some time she married Jim, a fellow AA veteran. They were meant for each other. Her recovery from alcohol spelled success in many ways. With a clear mind she was able to reflect and mend, for herself and with us, her children.

The battle to come though, would be one where the heat was most intense. That of cancer. She would lose it, but with a style all her own.  I would visit her in the evenings while my husband was with our kids.  Jim knew that we, her grown children, needed time with her.

While she laid in bed I would rub lotion on her paper thin legs. Her health deteriorated before our eyes but her spirituality expanded. She gave to us unconditionally. We talked about family.

One night while visiting I felt despair. My mother came to my aid. I cried, ‘Was I just here? Was I something special to you?’ She lovingly told me, ‘Your father told me once, “She’s the sensitive one, like you, we’ve got to keep an eye on her. I love you for it.’

‘I love to hear you tell me you love me, no matter how many times, over and over again,’ I told her. As I walked down the hallway her goodnight to me was, ‘I love you, I love you, I love you…’ Her health worsened. My aunts came from Montana for a final visit. It was as if she was holding on to see them one more time.

They had gone through much together. My paternal aunt had been her best friend. Aunt Betty had introduced her to my father. When mom was struggling with raising us as a widow, my Aunt Betty and Uncle Clarence drove her from Missoula to Great Falls to take my sister Vicki to the State School for the Deaf and Blind of Montana.

Going alone would have been unbearable. The drive home was less gloomy and lonely. Mom’s fight with cancer was near the end. Jim had taken excellent care of her. He called us on a Saturday morning in early November to tell us of the bad night she had had. She was in the hospital. I arrived in the early afternoon.

My siblings and I were with her all day along with Jim. She was incoherent. Late in the afternoon it was my oldest brother, Mike and I, near her bedside. Mike would gently smooth her face, brow, and whisper, ‘It’s ok sweetie. It’s ok,’ and gently hold her hand. I washed for my late Asr prayers. It was 4:35. I prayed at the foot of her bed. I made a special supplication for God’s Mercy on her and to take her soul quickly and painlessly. Then I sat and talked with Mike a few minutes when we both noticed her breathing became more irregular, then stopped. She was gone. It was 4:50.

After her funeral I buried myself in activities at my local masjid. Two months passed. Then one night late in January I woke up in a panic sweating and screaming: ‘He let me talk to her. He let me talk to her!!’ I kept sobbing this to my husband. He comforted me while I drifted off to sleep, all the while rewinding the most startling dream I had ever had.

The next morning I called a Muslim friend to relay the night’s event. She urged me to write it down in a journal while it was still fresh in my mind. I did. She reminded me of the loss of her mother and comforted me. ‘You have been blessed with meeting her in your dream,’ she said. I made another call to another Muslim friend for advice. She told me this dream was an indication of a higher consciousness of God.

And the dream? I dreamt I was walking in a hospital. My mother turned towards me. We talked for quite some time. She was doing most of the talking. A pretty, young nurse was by her side. The nurse had very dark hair and a pleasant face. It was as if she were guiding my mother. When I glanced down at the hospital tile floor I instinctively knew there was a ‘hidden border.’  The nurse was there to ensure neither of us crossed it.

I noticed my mother’s appearance for the first time. She was wearing a white, fluffy, terry cloth robe and pulling an i.v. unit along as we walked and talked. I focused on her hands. Her skin appeared burned. Her face was similar. But it did not trouble her. She expressed no pain.

The nurse nudged her; slowly backing away from me little by little. My mother knew it was time to go but she did not want to leave me. Her final farewell was to raise her hand, in slow motion, and to form the American Sign Language for ‘I love you.’

It was at that moment I woke up with a start and began to sob uncontrollably.

I wrote this piece when I was in my 40’s. Now in my 60’s, a grandmother, it resonates with me still. The essence of meeting my mother in my dream feels more vivid now than ever with the blessings of aging and witnessing grandchildren added to our family along with the blessings of another day to appreciate family, health, food, shelter. I don’t know where the time went. But realize the time is now. Enjoy it. Embrace it. Love and share it.

Maryam Mir is an Irish American Muslim story teller memoirist. She resides in Southern Arizona reflecting on the seasons of change. Maryam observes the renewal of desert beds of cactus needle growth and the blossoming of Mexican petunias in her garden. It is there she finds the power love has in being laced with verbiage. Her most cherished name to be referred to is "Grandmama."