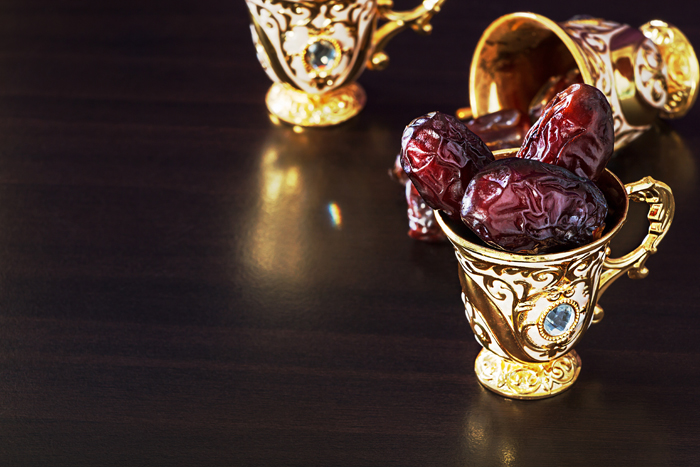 Joan Lunden and David Hartman were the co-hosts of Good Morning America in the 80s. They joined us at my mother’s breakfast table in Southern Arizona every morning, while I was dishing out cereal and herding two kids off to elementary school – with the ‘assistance’ of a toddler. My mother enjoyed her early morning shows. I didn’t have time for them. Watching news or human interest stories would require me to sit down and drink it in along with my coffee. In my semi-awake mode, that wasn’t about to happen. Not with my morning schedule.

Often, she would call me later in the day to tell me about something she saw on ‘GMA’. I’d listen, vaguely, from one morning show to the next. I only really remember one of the segments she talked about. It was about Islam. And it was during Ramadan, the month of fasting.

She called me whilst the segment was in progress. ‘Hurry up,’ she instructed me, ‘turn on the TV to GMA. They’re talking about Ramadan!’ This was a rarity. A positive segment about Islam and Ramadan on national TV? The norm for that era was to read a small paragraph about Muslims in the morning paper, buried under the weather map. Never on national TV, for millions of viewers to witness.

The news clip was short. Two to three minutes, tops. But it was concise. It was informative. A Muslim man gave a short description of Ramadan; when the month of fasting begins, ends. Who fasts. What fasting entails. How it begins our day.

What struck a chord for my mother was this verse, which the guest referenced to explain how Muslims determine when their fasting day begins:

‘…and eat and drink, until the white thread of dawn appear to you distinct from its black thread; then complete your fast till the night appears…’ Qur’an: 2:187.

I’ve often thought about her reaction to hearing this verse read on national TV, even some 30 years later. There was an excitement in her voice as she told me how the description of the threads of dawn and night had touched her. She told me how vivid she found it. I think now of how much she loved roses, being out in nature, the fine threads of her embroidery.

I also reflect on the voice who delivered this source of information to her. It wasn’t my voice, the voice of her daughter, who was a convert to Islam. It was a stranger’s voice: an American Muslim man on GMA, someone she would never meet, nor have an emotional attachment to. Yet, his explanation of Ramadan resonated with her more than anything she had heard or seen from me.

And that’s ok. After all, we don’t always need to have someone close to us to teach us. I never had the patience to teach my oldest daughter how to embroider. I barely got past the threading phase. For my mother, the guest interview on GMA, a show she watched religiously and trusted, granted her another perspective. It was a conversation point for both of us. I was such a FOBC (Fresh Off The Boat Convert) back then.

As I learned about Islam I gradually weaved the threads of my heart, mind and soul together. I hadn’t been very articulate in expressing this to her, so his explanations gave us both the opportunities we needed to connect at this stage of my religious development.

A national TV spot on GMA was seldom seen in those days: a simple human interest story about Islam and Muslims. It was a beginning though. Phil Donahue ventured out of the norm of daytime television as well, interviewing American Muslim guests, and asking them about their practice, and their day to day lives in America. One particular segment has also stuck in my memory. A Muslim couple were interviewed about their lives in America.

The husband was a Palestinian immigrant and the wife was a white convert to Islam. What I remember more than anything else from this interview was the reaction of the audience. When it was their turn to comment or question the couple, there were few open-minded contributions. Most of the audience were angry; why was this couple there to begin with? Why give them a voice? Why did this woman convert? The majority of the audience perceived her as a traitor to her country and former religion. For the majority of the audience, no matter how the couple answered, they were wrong.

How can we interpret the portrayal of Islam and Muslims in the mainstream media, from then until now? Has there been any improvement? For example, are Muslim scholars called upon to be interviewed, whether it’s in relation to a tragedy or a human interest story? Or are audiences fed information from other sources who are not Muslim and who do not have knowledge of Islam, nor the many cultures in Muslim societies including that of American Muslims. Why would anyone go to a plumber, no matter how skilled, instead of a gastrologist when they have health issues with their internal pipes?

Ignorance and discrimination can be dispelled if the gates of knowledge can be unlocked. But this is only possible when a person is willing to gain another perspective, as my mother did long ago. Hope is not lost. With the advent of ‘fake news’, and the forecasts predicting more twitter storms, mainstream media is learning that there is much more to professional journalism than there was in the days of Edward Murrow, Walter Cronkite, Barbara  Walters, Huntley & Brinkley, and Jessica Savitch. Journalists previously experienced restricted access to covering the Iraq war during the Bush administration, experienced a period of transparency under Obama, before dealing with the current challenges of covering the Trump administration.

Such experiences should mould the media for today’s new challenges, and help them as they stitch their stories with new threads each dawn. Journalism is a profession which has the capacity to thread together the hearts, minds and souls of their audiences with the power of truth. This current crisis could lead journalism into obsolescence or provide a point of reinvention. It’s your call, journalists: I hope you continue to tug on the threads that elevate truth over falsehood, and sincerity over what my mother used to call, the ridic’youlie.

Maryam Mir is an Irish American Muslim story teller memoirist. She resides in Southern Arizona reflecting on the seasons of change. Maryam observes the renewal of desert beds of cactus needle growth and the blossoming of Mexican petunias in her garden. It is there she finds the power love has in being laced with verbiage. Her most cherished name to be referred to is "Grandmama."