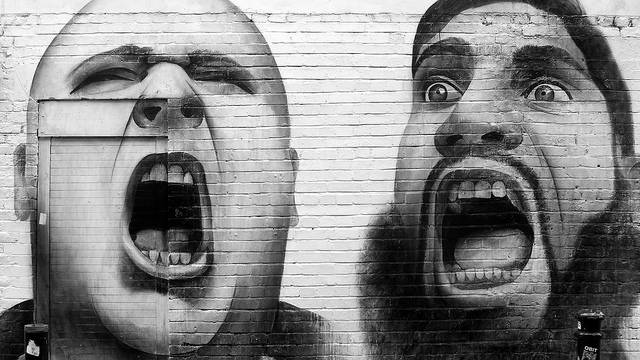 I feel exhausted today. A few of my posts on Facebook sparked some hostile ‘debate’. One of my posts was a petition calling for ‘illegal immigrants’ to be granted amnesty after ten years of being in Britain. Of course, I thought this was a great idea, but many of the Council of Ex Muslims of Britain (CEMB)’s social media followers found this too much to bear. They launched a racist tirade of how we should ‘kick them out and keep them out’ etc. etc.

I asked them how many illegal immigrants they had actually spoken to. I have spoken to many. Immigrating is not just something they decide on a whim. Imagine trying to leave a country where you are being persecuted and all ‘legal’ avenues are no longer an option. How many tourist visas or work permits do you think they are handing out in Syria right now? The response to this statement was, ‘keep your sentimental stories to yourself and be realistic’. When they are faced with facts, they just put their fingers in their ears and hum as loudly as they can. If they can’t hear or see it, it isn’t happening.

The discussion of illegal immigrants in many cases is used to condemn all immigrants – before you start, I know this is not always the case but it certainly is in a lot of cases! When I told said arseholes to leave the group, I was patronisingly told that it would be better to provide proper arguments rather than ask people to leave! WTF!!!

The next post was about an upcoming Trump protest. Of course we support that, because Trump’s anti-immigrant laws affect all of us. It might be known as a Muslim ban (which is still awful), but do you think they are going to ask each individual applying to go to the USA if they actually are a Muslim, or that they will believe us when we say we are ex-Muslims? Of course not: they will be making assumptions based on our culture and background.

Lastly, I posted a condemnation of the Israeli action against Palestine, which left huge numbers of innocent people murdered. The trolls crawled out of their shit pits: ‘I didn’t think this was an anti-Jew group,’ ‘Israelis have the right to defend their borders,’ ‘So you guys support Hamas now?’ Blah blah blah.

I just don’t know what more to say: in the process of opposing the murder of civilians, we have been labelled Hamas supporting anti-Semites!

Did I mention that this all happened in the space of 24 hours? But it got me thinking how many fronts ex-Muslims are being attacked on.

I made a list of all the fuckers we are fighting against on a daily basis:

Our message to these groups is that we are not like you and we will never be like you. We are always going to be immigrants too. When the racists, Zionists and Tommy Robinson supporters get on their high horses, and when the Hindu Right attack Muslim groups, they choose their targets by their appearances and their names, not their beliefs.

Of course we oppose such madness, not just because it affects us too, but because bigotry and violence are always wrong! ALWAYS!