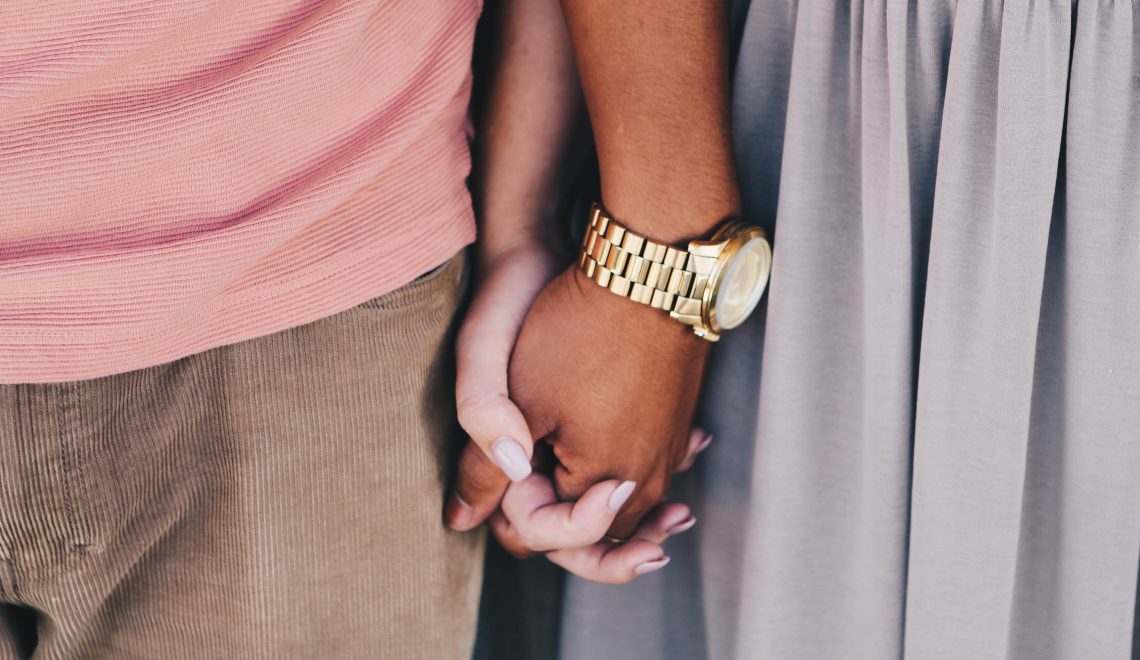 Changing the script on romance

Before Lockdown 2.0, my boyfriend and I went to a comedy show in our local manor in South London. The need to socially distance meant the crowd was intimate – 16 of us squished onto little tables in a cafe, waiting for a group of comedians who performed standing next to what looked like a karaoke machine from Argos.

Social distancing measures also meant we had been allocated seating. It just so happened that my beau and I were seated in the centre, ripe for the picking. I anxiously swirled the liquid in my cup round and round, chopped pistachios spinning in a frothing sea of pink Kashmiri tea, waiting for us to get obliterated. At least we’d found ourselves in one of the rare cafes that actually understood how to make a proper chai.

A Pakistani comedian was first on the line up. A small man in a tight waistcoat, he started with the classic commentary of being surprised to see middle class white people in the audience. ’What are you doing here?’ he asked them and I watched them flush red, apologies written on their faces for the crime of being obvious non-natives to the area.

Then the inevitable happened: the comedian began to mock my partner and I – albeit in good humour. After a few jokes at our expense, my face managed to flush as red as the white audience members. Thankfully, he eventually changed the subject, and I felt my face return to a normal temperature. He told us his story of how he immigrated to England, which somehow ended with ‘and now, I’m with a white woman!’ He grinned like a Cheshire cat, pausing for emphasis and staring at the only other South Asian male in the room – my partner. He stared at my boyfriend for the longest time, that stupid grin stuck on his face. It lasted so long that I heard myself snigger at the awkwardness of it all. My laugh betrayed what I was thinking; which was that this guy was an asshole. I understood this old joke way too well.

‘You should congratulate me!’ he said to my boyfriend. I looked at my beloved with bated breath. If he betrayed me by agreeing with this comedian in any way he would have regretted it later. Thankfully, I’m not with that kind of guy. I pushed the thought that my boyfriend’s ex-girlfriend was a white woman out of my mind and clapped for the comedian in the poorly fitted waistcoat.

The break came, which provided my face with much needed relief – I’d started to worry that the smile I’d plastered on my face was about to give me a spasm. I made the awkward walk to the toilet, tip-toeing around the speaker to the back of the cafe. The comedians were huddled around the entrance to the loo.

‘When I come out after the break, you lot need to hype up the crowd for my entrance, yeah?’ The Pakistani comedian was berating his fellow stage mates, a collection of 30-somethings who looked defeated that their career had amounted to this. I felt empathy as I locked the bathroom door behind me; the stench of the man’s ego who felt he’d bagged the ultimate prize by dating a white woman wafting in with me.

Imran Siddiquee wrote a fantastic piece for Buzzfeed titled ‘Why are brown men so infatuated with white women on screen?’ looking at the love interests South Asian stars Kumail Nanjiani, Aziz Ansari and Hasan Minhaj chose to focus on in their shows, The Big Sick, Master of None, and Homecoming King respectively. Siddiquee aptly describes each narrative as ones where ‘the characters pursue white women at the expense of women of colour.’ The running theme stays central in them all – South Asian women are portrayed as ‘undesirably traditional.’ In the blockbuster movie The Big Sick, ‘South Asian women become the symbolic root of Kumail’s problems in the script, and white people appear to offer the solutions,’ Siddiquee observes.

I was watching re-runs of the Jonathan Ross show the other day (lockdown’s broken me) and British Sri Lankan comedian Romesh Raganathan was a guest. His dry humour always tickles me, so I clicked play. He spoke about his wife and he mentioned – as he does quite often (fair enough, I suppose) – that she is white. ‘It is as magical as I was promised, yeah,’ he said with a shrug and something that I think was meant to be a knowing smile. ‘[They] smell different, feel different… it’s wonderful.’ The audience and celebrities on the couch with him all laughed. I get ironic humour, but the comment still made my nose wrinkle like a bad smell had seeped into the room. Watching the audience laugh with him made his glorification of white women – mocking or not – unbearable. I pressed pause.

Years back, Aisha Mirza wrote an admirably honest piece called ‘White Women Drive Me Crazy’, on the sinisterism of white femme fragility and the self-loathing it can evoke within women of colour, and I instantly connected it to what I heard Romesh say. It went something like this: ‘I don’t know if I liked sleeping with white women because I’m queer or because they all smell so good. Like if I pressed my body against theirs and breathed deeply enough, some of their clean might rub off on me. I just wanted to feel clean. I wanted to smell good.’

What sparked the idea that South Asian women don’t smell as good as white women? Do South Asian men find South Asian women unappealing because we remind them of their mothers too much? What makes white women ‘the ultimate prize?’ It’s a question I’d love to escape, because it’s honestly something I don’t care to think about – but as I sat in that comedy show, watching my boyfriend’s reaction to the comedian, waiting for him to betray me by expressing any form of agreement, I realised it’s a narrative that probably won’t die in my lifetime. Why white mediocrity would be chosen over brown excellence is beyond me. There might only be one thing that I do know for sure – and that is that I smell fucking amazing.