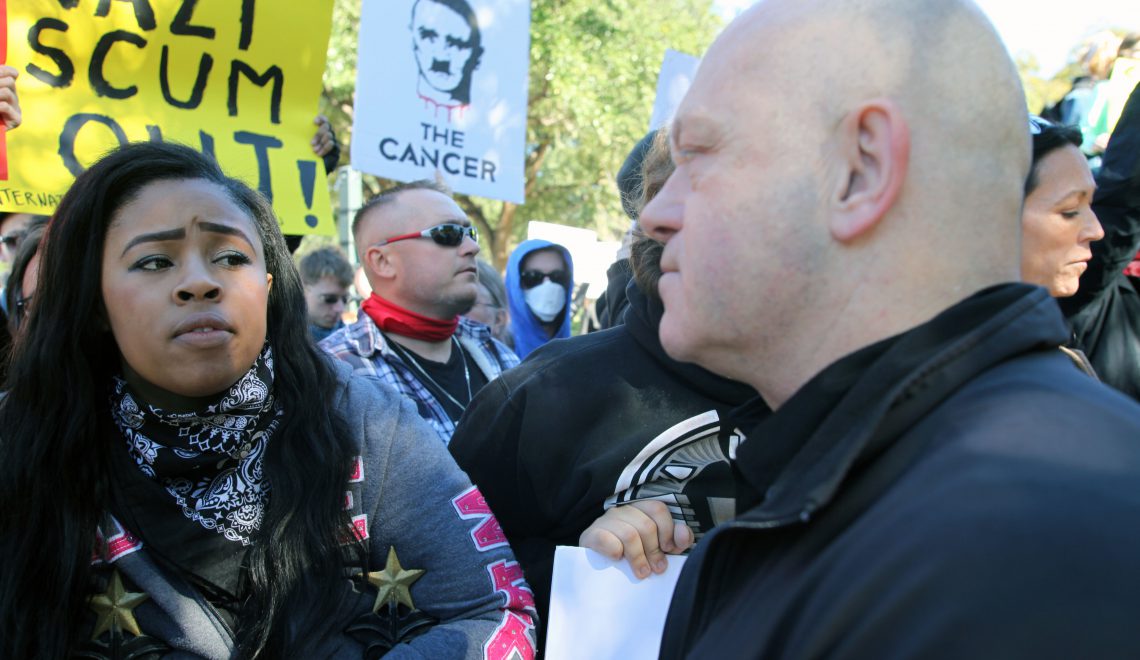 I have travelled all over the world and I have discovered that racism is part of every religion, political system, economic structure and culture. It is a part of the patriarchal-capitalist-colonial system ruling the world. Racism is the belief that your race is superior to others: that your race determines the traits of all your beliefs, including your political, economic, cultural, religious, sexual and ethnic beliefs.

Religion is based on racism. In Judaism, God considers the Jewish nation superior to others, and Jews as the ‘chosen people’. In Christianity, God prefers his son Jesus to all other prophets. In Islam, God describes the Muslim nation as the best nation on earth, and sets Arabic as the holy language because it is the language of the Quran.

In all countries, West and East, there are political leaders who believe in the superiority of their God. They follow His rules and ethics. If their God is racist, then they too will be racist. No human being can be more human (or less racist) than his or her God. This is the main problem of all religions.

You cannot eradicate racism without eradicating religions, or at least, eradicating racist ideas within religions. And since politics and religion are inseparable, we need to eradicate racism from politics also. This means we need to create a popular revolution in order to change the governing political powers and their educational systems. Children are educated in racism in their primary schools.

How I was cured of racism

When I was an eight-year-old child, I was injected with racist ideas in school. Egypt was then a British colony. The school was one of the missionary schools, established by colonisers to brain-wash their subjects, and preach obedience and submission in the name of God. The headmistress was a British Christian racist woman, who divided the pupils by religion and class. Rich Christians were at the top. I was amongst the non-rich Muslims at the bottom.

But my parents encouraged me to rebel against King Farouk and British colonialism during the 1940s, when the ideas of revolution and liberation were permeating the consciousness of people in the African colonies. My father and mother were among the revolutionary young people in Egypt. Even my peasant-grandmother (my father’s mother) who was poor and illiterate led her village to fight against the British. She disobeyed the mayor, who obeyed the king, who submitted to the British. My mother, who came from an upper-class family in Cairo, went to a French school during the 1920s. She participated in a student march against the king and British colonizers. She was arrested and detained for a day. Her father arranged her release from prison in order to forcibly marry her off to my father.

I might have been brought up in a revolutionary family, but in spite of their politically progressive ideas they had inherited racism nevertheless. My mother had white, fair skin inherited from her Turkish grandparents. This was normal at the time among Egypt’s upper classes. At home, we had a black servant who was treated like a slave. As a child, I believed that God created the blacks to be poor and work as servants. I did not think that our black servant was a human being like us. I was afraid of black men, especially the huge doorkeeper, who used to harass me when I was alone.

While in medical college during the 1950s I met black students. One of them was attracted to me, but I rejected him because of his black skin. I could not get rid of my racism at that point in my life. But later, while working for the United Nations alongside many people of different races, I fell in love with a black colleague from Senegal. I was cured of my racism.

How to eradicate racism
We need to change basic educational systems radically, including religious educational systems, starting from early childhood. A child becomes racist through the process of education. University and higher academic education does not cure us of racism. It is embedded in the psyche. The mind can be liberated from racist ideas, by revolutionary political education; but the psyche remains imprisoned in racist feelings and prejudices. The split between the mind and the psyche, the division between the physical and the spiritual has been a chronic mental disease since slavery, from the beginning of the patriarchal class system to the current day.

That is why we see distinguished international scholars, preaching against racism, they give eloquent lectures against racism, but racism inhabits the depths of their psyche. To eradicate racism you need to work with other races, live with them, feel that they are like you: human beings, not servants or slaves. This applies to all other prejudices, including xenophobia, patriarchy, capitalism, imperialism, colonialism, slavery, religious fanaticism, sexism and misogyny.