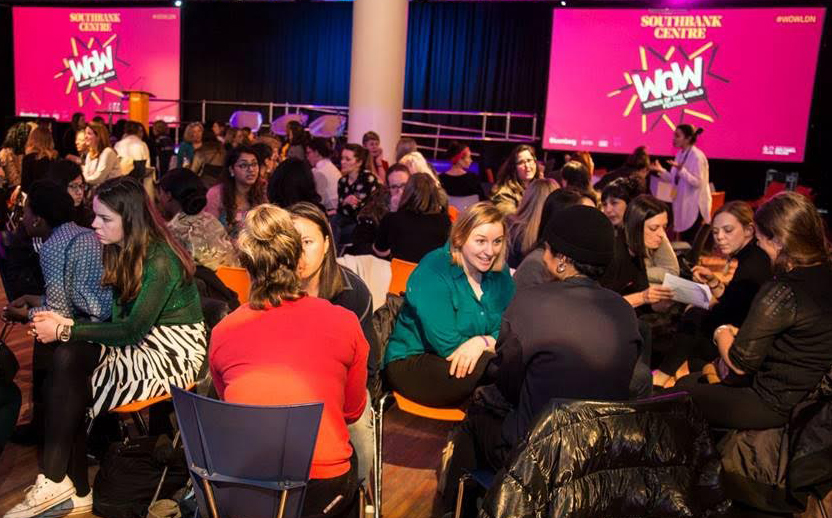 Women of the world

Recently, I received an invite to join the discussion regarding the upcoming WOW festival in 2019 in London. It led me to reminisce about the festival earlier this year. I had the honour of being asked to join sister-hood in conversation for an event which formed part of the festival.

The year 2017 saw the shattering of many silences. Across the world women stood bravely, speaking fiercely in the campaigns #MeToo and #TimesUp, and in the international Women’s Marches. For many women, these moments provided a release: a pivotal shift when they realised they were not alone, and that the misogyny woven into our societies is repeated and enabled in every walk of life. This was not a year of celebration: great pain and burdens come with the necessity to retrace our steps, reliving experiences of physical trauma, emotional manipulation, and subjugation.

It was on this footing that I attended Women of the World (WOW) festival 2018 at London’s Southbank Centre. Last year, across the world, the seams had been ripped open, and many threads were left waving. Women were left without shoring, on ever-more treacherous terrain, with a deeper awareness that we were navigating a land that we did not understand. The steps ahead were unknown; the actions we needed to take to re-stitch the fabric of cohesion, and to achieve true equality, free from abuses of power, emotions, and sex, were unclear. These steps have never been taken before: there is no map, no handbook left behind to guide us.

Women, men and children flocked to the three-day festival to share stories, and listen to an awe inspiring line-up of speakers. Well-known artists, activists and performers came together to celebrate and champion the great work being done globally by women and to debate inspirational actions, small and large, and to identify the obstacles that are created to prevent them.

There is something incredible in an event that brings together a collective that includes Munroe Bergdorf, Afua Hirsch, Deeyah Khan, Sandi Toksvig, Patrisse Khan-Cullors, Phyll Opoku-Gyimah, Chimamanda Ngozi Adichie, Kelechi Okafor, and Reni Eddo-Lodge amongst many others. All participating, debating and sharing their views on where we have come from, and the destination towards which we are navigating.

I whiled away a few hours dancing to all-female choirs, and watching urban poets perform, before listening to a panel discussion on mothers of colour. The conversation was lively and I was itching for more when it drew to a close. As women of colour, how do we ensure we create a stable and safe environment for our children to grow up in, to be able stand tall and call the streets where they walk their home? We must all do the vital work of being ourselves what we hope our children will be; to acting ourselves according to the behaviour and skills we hope to equip them with, and to remember to rejoice in the richness that our lives afford us with while acknowledging that it brings us pain, obstacles, and many battles also.

Next year I would like the panel who discuss being a mother of colour to explore a point there was no time to communicate this year: the experience mothers of colour have when their children are of mixed heritage. We often hear from many people who are of mixed heritage, and how they found their way in their identity. We do not hear about the experience of those parents trying to guide and help their children find who they are, without burdening them with the battles of their ancestral history.

Deeyah Khan, Masarat and Tashmia Owens at Women in the World in London

This year sister-hood had its first open public panel in the UK, and WOW was the host for this exciting debut. I was excited to be asked to join Deeyah Khan and Masarat Daud to discuss the role ‘honour’ and shame has played in the lives of women globally. The talk was chaired by the vivacious Reeta Loi from Burnt Roti magazine, who did a fantastic job of weaving together the three strands we were spinning. From the granular moments, experiences so small and deeply embedded in our everyday that we no longer notice the slow quiet erasure they cause, to the silencing of women – from discussing the pain of abuse to expressing the joy of sex, and the devastating impact that shame and honour have on families, and the steps taken to reduce or end it.

In making her film, Deeyah experienced a pervasive toxic masculinity that seeped into and fed violence: a masculinity that underpins oppressive regimes nationally and domestically. For Deeyah, there were such strong expectations around how she should behave that she found herself having to leave the home she grew up in due to harassment by extremist Muslims.

Masarat found the responses from some audiences in South Asia to be anything but encouraging. Many men in the community were eager to correct her, or to express their disappointment in how the conversations were conducted. I myself discussed how the constraints shame places on our expression and behaviour lead us to silence ourselves. I said that it was time for us to realise that there is a power in our rage: a strength in our speaking up, and to create boundaries to protect ourselves from those who seek to control us. We need to break taboos, and take pride and joy in talking about our desires and experiences.

Hilariously, the Q&A section opened with a male sitting right in the front row asking ‘Were there no men supportive of our work?’ It would have been too big an ask to avoid that question. Otherwise, those attending were encouraging and engaged in discussions of how we can as a collective move towards a world where shame and honour are no longer chains used to hold women back.

It was a profoundly engaging experience; a weekend of solidarity, and celebration. I could have stayed conversing for so much longer with the sister-hood panel. There is joy and warmth in being with people who are fighting for the same outcome, and who are doing what they can to make it less of a fight for those who are yet to come. I look forward with anticipation to what next year’s panel holds! 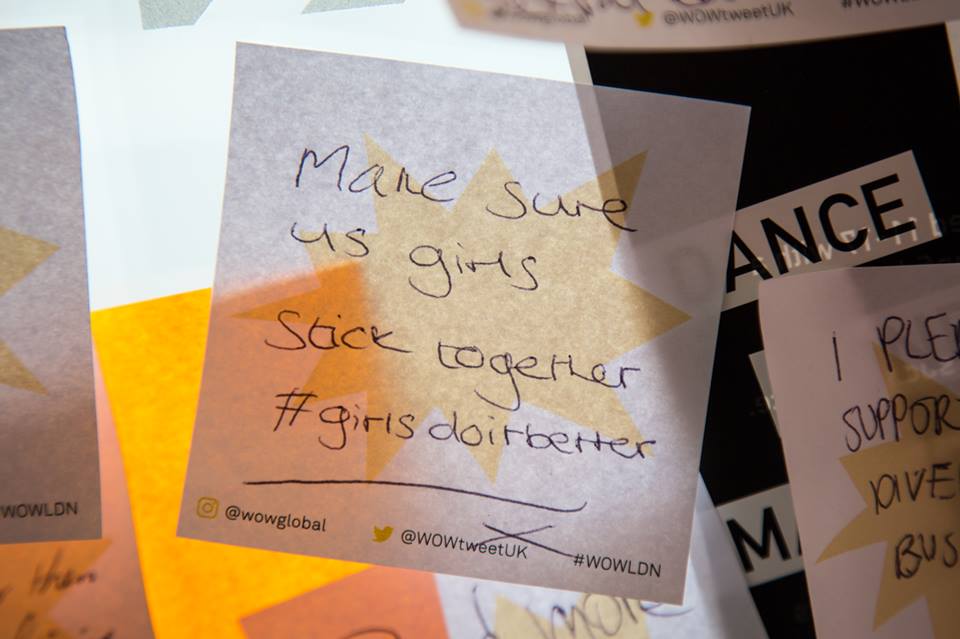