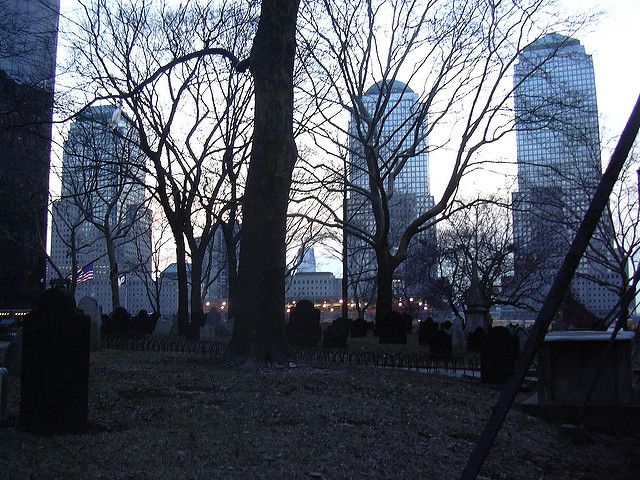 Anti-Muslim sentiments in America and Europe or ‘The West’ are not a new phenomenon, nor specific to the 21st Century. Fear of and hatred towards the ‘other’ have gone together throughout history, ever since human beings discovered or created the idea of a divine power (god) existing in heaven and ruling the world.

In ancient times the ruler on Earth and the ruler in Heaven were one. Political, economic, social, religious and spiritual powers were inseparable, but nobody among the masses (the slaves) knew this fact. Only the priests knew it: the masters, the landlords who served as an elite upper class representing god on earth. God was invisible: just a spirit with no body, no tongue, no eyes, no hands. The priests spoke for god and wrote his holy books, and built a house for him which they named a temple, church, mosque or school. Slaves should be controlled and exploited by educating them to be ignorant. The first lesson in childhood was, and still is, to fear god and his hellfire.

You cannot love that which you fear. All religions are based on hating the other, who does not believe in your religion or your god. All gods, ever since the first monotheistic patriarchal god, built their political-economic power on fear and hate and violence. From birth we are infected with the idea of fearing god. Whether we are Muslims, Christians or Jews or of other faiths, we are brought up to be afraid of god and hell.

Colonial and neo-colonial schools are based on two main principles: fear and brain-washing. Both were inherited from the slave-religious system. You cannot exploit people without brain-washing them. Religion is a good weapon to brain-wash and frighten people. Knowledge is a sin. Eve was punished because she ate from the tree of knowledge. Exploit the majority (slaves and women) and rule by the elite minority, the upper class, the 1%. Kill the infidels who do not believe in your god.

All religions teach hate crimes. Human history has been full of wars and blood since ancient times. The Jews, the Christians, the Muslims (and others) have all killed each other in the name of their god. They have feared and hated each other, and still do today, except for a few enlightened women and men in the world who have worked to unveil religious political lies.

I was a visiting professor at Montclair University in New Jersey, very near New York City, in the year 2001. I had been facing death threats in my country from some religio-political groups from January 1992 which is why I left my home in Egypt. I started teaching the course ‘Creativity and Dissidence’ in universities across Europe and the USA. Around nine o’clock in the morning of 11th September 2001, I heard some of my students shouting in the corridor outside my office. The telephone on my desk rang. I heard the voice of Sohair, my friend who lived in New York city, screaming: ‘Nawal, turn on the TV now, the two towers are collapsing!’

From that day, I noticed increasing hostility against Muslims and Arabs in the USA and Europe. Islamophobia started to become widespread. Violent stereotypes were propagated in various forms in the American, European and Western media, and through political, social and cultural platforms. The result was more hostility and discrimination against Muslims and Arabs, expressed by both governments and individuals.

Western media and political religious organisations, including the Jewish–Christian Coalitions, capitalised on the fear of Muslims. They propagated the idea that Islam is the only violent religion, the only source of hate crimes, the only religion calling for the death of the infidel, the only religion that oppresses women; and that other violent, fanatic and anti-human actions were connected to Islam.

Such biases were larger on the state level. The passage of new laws, such as the Patriot Act in the USA expressed the state’s way of capitalizing upon a fearful public, and effectively legalizing racism and discrimination based on religious identity. Identity politics became a post-modern philosophy within academia.

Identity became central. Racist immigration policies. Religious harassments. Everywhere I go I am asked ‘Who are you? Are you Muslim? Are you an Arab?’ More checks are placed upon Muslims and Arabs. My Egyptian passport means that I wait for hours in airports, as if I were a terrorist or a criminal. I once was driven to slapping a policeman who harassed me at Heathrow with his huge aggressive dog.

Discrimination is not a totally new phenomenon, but it increased a great deal after the 9/11 attacks, and gave George W. Bush, Tony Blair, José Maria Aznar and other allies the green-light to invade Iraq, burn Baghdad and kill millions in the name of democracy under the smokescreen that Saddam Hussein possessed weapons of mass destruction. The world discovered that this was a ‘big lie’ after the destruction of Iraq and the killing of Saddam Hussein. However, the powerful “war criminals” of the USA and Europe were never punished by the International Criminal Court in the Hague, or the UN Security Council in New York City.

The rising discrimination and anti-Muslim sentiments in America and Europe during the 21st Century, shows that we live in a jungle, in the ‘neo-colonial’ rather than the ‘post-colonial’ era, under predatory capitalism and post-modern imperialism; that there is no justice in the world – no democracy, no god, no morality. Wars drive hate crimes; powerful rulers are not punished but rewarded; the innocent suffer because they lack power – particularly children, women, the poor, the working classes and immigrants.