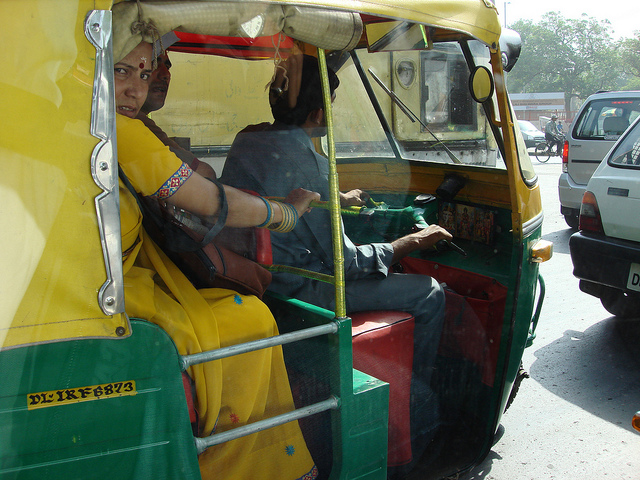 During the time I lived in India as an Iranian, not a single day would pass without reports about women being raped or killed in newspapers. A flip of a page; a stomach-churning report on honour killings. A glance at the next page; a kidnapping case. The climax came on a cold December night in 2012, when a young woman was raped on a moving bus in front of her boyfriend. The entire nation was jolted out of its sweet complacency.

On that same night I had gone with a friend to the same shopping mall in South Delhi. We left around the same time as she did. Like her, we hailed an auto-rickshaw, but we may have been luckier. The driver gave us a ride home at a regular price; a rare case indeed. The next day I was terror-stricken at the sight of the breaking news-flash on TV screens. ‘It could have happened to me. It could have been any one of my friends, anyone.’ These thoughts kept ringing in my head.

It was not my name that was drawn from the lottery of fate that night, but it could have been. As the disturbing details of the incident surfaced, I and almost every one of my female colleagues felt so unprotected, so vulnerable, so naked in the face of a society reluctant to support its women. We shared our fears every morning at the breakfast table, shedding tears at the devastating fate of a young woman who had become the victim of a society that is too busy poking its nose into people’s affairs to care about its most vulnerable members. We realised we were living in a society that demands so much from its women without protecting them; a society in which whatever happens, the blame is darted at women. A society in which women do not trust each other.

What a horrendous, familiar feeling. I am myself from a similar society, where men are in charge – big time. The chastity of Iranian women is regarded to be the bread and butter for the country; everyday poverty and injustices are seen as unimportant. A society that has been oblivious to the fact that the mothers of tomorrow have concealed wounds and are passing on the bitterness to the next generation; they are carrying the ever-lasting sense of not belonging and of being unprotected; they are sleepwalking through an honour-loving community of parents doped up on social norms.

Have we ever thought why many women are trapped in self-loathing, self-destructive habits? Why do a large number of us lack self-respect, self-confidence, self-esteem? This is the heritage of our mothers, our grandmothers. Our mothers and their daughters, today’s women and the mothers of tomorrow have no faith in this society. This society has snatched the privacy that women need, the childhood we are supposed to enjoy, the womanhood we are supposed to blossom into, and the passion with which we are supposed to live. Many have never heard of such concepts; many have never experienced them.

I, and my Indian counterparts, are from societies that have lost their true sense of dignity long ago, but which still proclaim themselves flag-bearers of human integrity. A male Indian friend of mine once said he wished his mother would take more care of his sister, rather than offering prayers to the gods. I wish so too, for the mothers in my own country.

Prayers do not a tomorrow make! They are not an ultimate life-changing mechanism, they might give you hope for sure, but they don’t get you bread, security or progress. Why don’t we understand? This divinity-centred, fate-trusting society does not allow you to reflect; to ponder. Religions urge believers to reflect, and demand answers. If we are so driven by our own faith then why don’t we pick up the right practices? Why are we stuck with superstition?

Yes – I too am from a superstitious society. A virginity-worshiping society, where honour makes more sense than humanity. Where ‘what will people say’ is the catch-phrase. Have you ever thought what would people say if they find out that a certain uncle has molested his niece? What would people say if the same uncle raped his nephew? Shush! Bear it and grin because ‘What would people say?’ We all know well what they’d say; a lot of things which would only rub salt into the wounds of the victims. What would people say if a young woman’s heart is broken or if she is jilted? The blame is of course on her. That is what people say. Does it heal the ruptured, scared soul? Would anyone extend a caring hand? No, why would they? So long as they can watch and relish your suffering, why would they? But for once, let us all, men and women, think ‘what the people say’ does not freaking matter. The ‘apple of my eyes’, my dearest, my so-innocent child, my mother, my brother, who-ever, have all the same need to be heard and not judged, to be held in protective arms untainted by foolish societal norms, to be treated with dignity, and to live without worry and despair.