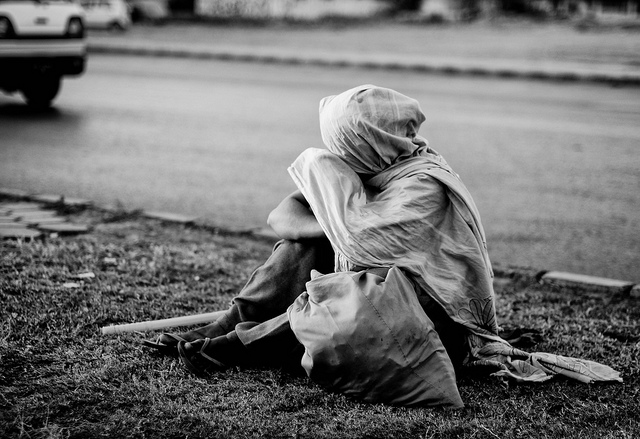 There are no inheritance rights for women under Pashtun custom. They do not receive a share in their parent’s property. All of the property is divided between the sons. There is nothing for their daughters. Instead, they marry off their daughters with dowry according their standing which goes to support the husband’s home.

Women are left destitute and dependent upon men. And so men can easily take control of them. Women are left helpless, homeless and powerless. Some men allow their wives to take freedom and control within the realm of the household, but some are so depraved that they treat them as prisoners – or even as prostitutes.

This is one way women can earn money in Pashtun culture. For instance, Asiya sells her body for money. She was married to an Afghan Pashtun man. After a month of marriage, her husband told her she would have to enter prostitution because they had no other means of making an income. Asiya asked if he had made his intentions clear to her parents before the marriage. He told her that it was to support her family. She didn’t want to do it, so she complained to her mother and sisters. Her mother told her to put up with it for the sake of the family’s reputation. And so Asiya was forced into prostitution.

Gulfama is another woman who maintains her family through prostitution. Her husband is an alcoholic and a drug addict. He even stole pots and other items from his mother and wife to feed his addiction. She didn’t have any money, not even for basic healthcare. She spent eight years in absolute misery. Her son died at just one year of age because she could not afford to pay for treatment for him. They often fell asleep hungry. Her daughters were growing up and needed clothes. The family were all living on one government salary due to the kindness of a relative, but this salary was due to end in 10 days time.

Her husband wanted to pimp her out, but she adamantly refused, on the basis of her honour. Her husband was argumentative and pressurised her every day, reminding her that the family had no money for medicines and other needs. He told her that circumstances justified it: ‘We are dying with hunger. We have no food, no new clothes or shoes. No one will support us financially.’ Gulfama told him that no one would help him because of his addictions. He pressurised her by constantly reminding her of their children’s needs: ‘Our children are innocent and helpless,’ he said.

He didn’t consult with her parents. Eventually, she succumbed to the pressure, assuming a massive burden of guilt for acts which are prohibited in Islam and considered shameful in the community, but she had no other way to support her children. She had no education and could not get a job. Now she earns and maintains her family through prostitution, despite the anguish it causes her.

Afsana is a woman who has built a prostitution network for destitute women who has have been forced into selling sex. At night, she gathers all the women at her home and sends them on to their clients. She takes a large share of the money they earn. She sends a pick-up truck around at night to pick them up from their homes to deliver them to a den in the city where they are exploited. They are returned home at midnight. Sometimes the drivers dump them unconscious in front of their homes, visible to the men making their morning visit to the mosque.

Poverty drives prostitution. If their society gave them a share in their parent’s property, then these women would be able to support themselves in less dangerous ways. They could find safe and fulfilling work. Pashtun culture must be held responsible for prostitution when it deems pride as more important than women’s lives, even if they are starving, and for condemning prostitution as wicked without providing any other way for Pashtun women to support themselves. I call for Pashtun women to receive their due share, and for Pashtun women to have the right to live a decent and honourable life, supporting their families without being forced to desperate measures.