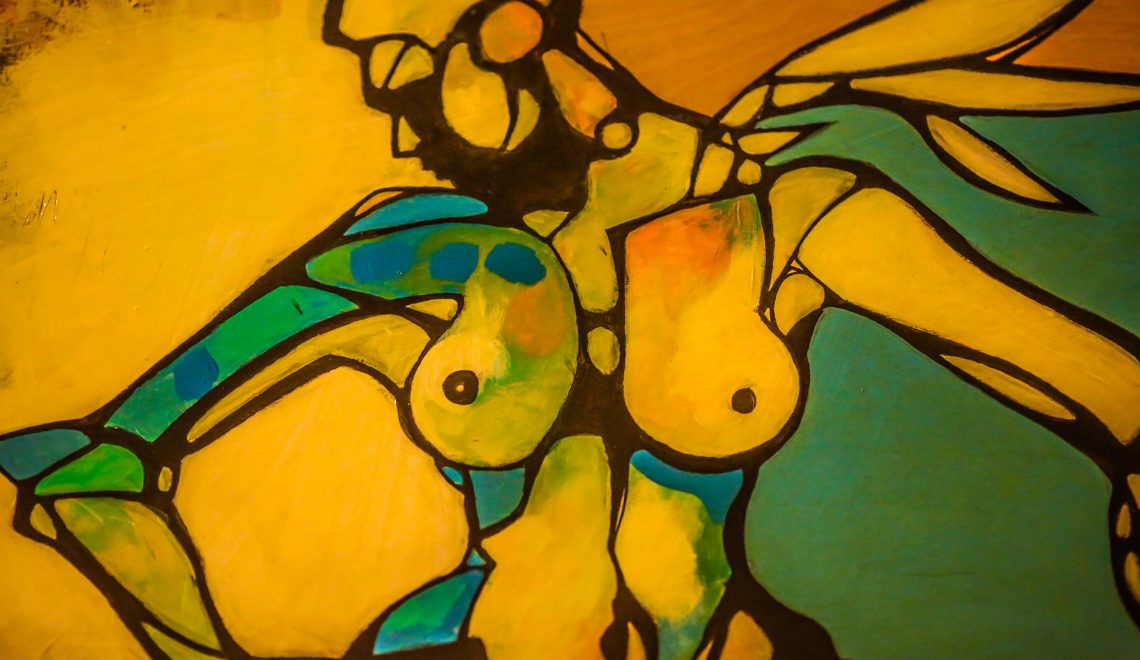 If my rights were clothes

‘If my rights were clothes, then I stand here naked before the men
who’ve stripped me of my fabric and then told me to cover
when the sight of my skin burned their immoral eyes.

They can’t look too long at the bruises that gleam on my arms that they’ve tied.
They can’t bear to let me see their eyes that burn,
not just with lust that they try hard to hide,
but with fear of the woman they’ve stripped of her rights.

So they cover and they silence because even our voices ring
with a strength that they can’t stand to hear.
And they whisper that we’re precious-
So precious, they’ll protect us from the burning eyes and the fearful ears
that they think we don’t know are their own as well.

And they’ve built the ceiling of fear so low.
We’re afraid now to say what we’re allowed to think-
In case we upset the wrong man, in case our words fall into the hands
of a coward who fears dissent so fiercely,
he would have our skin stripped now that he’s taken the rest.

So I’ll stand here naked, before the men who crave and fear.
Who claim to love but don’t know how.
I’ll stand, back straight, arms outstretched,
and I’ll bask in my nudity until their eyes burn so much
they throw rights on me to cover the woman they can’t bear to see.’