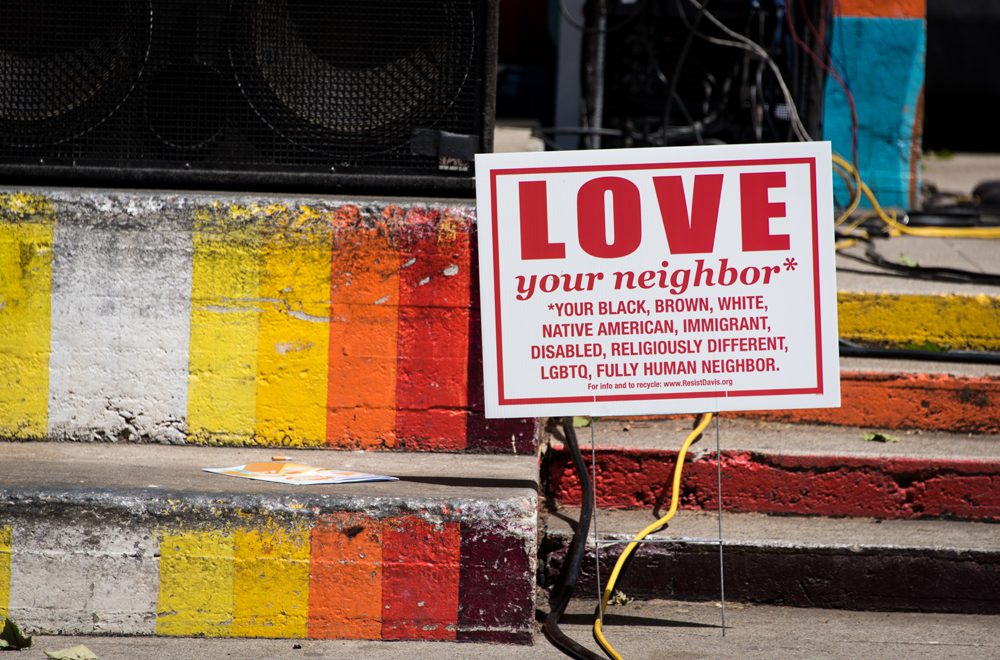 As a Muslim woman living in New York City, I’ve experienced alarming, commonplace animosity. I’m often blitzed with verbal attacks. I have engaged in staring contests with strangers who looked at me as if I were an insect to be exterminated, not a human being. I have read about mosques being vandalized, people being pushed onto subway tracks and venomous bigotry ending lives. These stories are interminable and exhausting to the soul. Every story is another push into the abyss. Goodness begins to seem like a chimera. But the nuances of daily life can be lost within the tumultuous discourses of global and local news. A conversation between strangers in a coffee shop becomes a lost treasure. The bonds between neighbours reveal a thousand and one stories of the true nature of mankind. Yet these stories continue to remain untold.

Islam instilled in me the belief that every event is a thread in God’s meticulous design; that every person to enter your life was placed there with Divine wisdom:

And with Him are the keys of the unseen; none knows them except Him. And He knows what is on the land and in the sea. Not a leaf falls but that He knows it. And no grain is there within the darknesses of the earth and no moist or dry [thing] but that it is [written] in a clear record. (Quran, 6:59).

This verse encapsulates a profound wisdom, reminding me that it’s within seemingly mundane events that we can unearth great truths. There’s not a single leaf on a single tree that God doesn’t recognize. This verse highlights the consequence of little, often forgotten, things like the relationship between kind neighbours; like my relationship with my neighbours.

Last year, a young Christian couple and their three-year-old daughter moved in next door to me. The story of a Christian family and their Muslim neighbour is neither glamorous nor dramatic, but this kind of story is precisely what comprises life. Zadie Smith once said, ‘Human experience is as powerful a force as theory or revealed fact. Experience transforms perspective, and transformations in perspective constitute real changes in the world. Experience is a way of knowing.’

This articulates the enduring impact that my relationship with this family has had on my life. The narrative opens with my mom informing me of our amiable new neighbours and their cherubic baby girl, who had just arrived from Missouri. I cannot actually recall my initial conversation with them but there is one memory in particular I can vividly bring to life. I was walking home. The spring sun hugged this quiet New York neighbourhood in its beatific warmth. The mother and her baby girl were drenched in sunlight. They were playing catch, and creating art with chalk on the sidewalk. She greeted me with a warm smile and demeanour that even the sun could not match. We stood and talked for a while. We discussed books, writing, school, and the weather. Before we parted, she ran back to her house to offer me some cake she had baked earlier. I met her husband on another day and we exchanged a few neighbourly words. Our relationship was based on repartee on the unpredictable New York weather and inquiries about how each other was doing. Later on, I was fortunate enough to be twice entrusted to babysit their delightful daughter before they moved away.

This snapshot of an unembellished and idyllic neighbourly interaction carries lessons that prove to be less and less ambiguous upon analysis. All of our encounters were so utterly human and commonplace. There was no great intellectual epiphany to be derived from any of these exchanges. However, we can still see the gradations of human interaction and the urgent necessity for dialogue – and in this, a renewed hope for coexistence and a total dismantling of preconceived notions.

One of the contentions people raise in regards to Muslim women – particularly those who prefer to wear the face-veil – is that their choice of attire hinders communication. Some argue that without being able to see a person’s facial expressions it is impossible to understand them fully, as if the veil envelops the intellect too. My neighbours weighed my humanity over my religious garb. There were no impediments throughout our exchanges; there was only amiability. The most distressing checkpoints may not those be those at borders, but those within our minds, constructed from fear of the unknown and beliefs divergent from our own. These block the path to friendship and solidarity.

A society built on affinity and goodwill is founded by compassionate neighbours taking the time to share greetings and affection. It begins by saying hello to the Muslim next door and that Muslim saying hello back. It is initiated with smiles; according to Islamic ideals, a smile is an act of charity.

Noshin Bokth is a freelance writer and content editor based in New York. She is a student of Islamic sciences, and currently the Chief Editor at Ramadanlegacy.com. Also, she has her own blog, which features inspiring Islamic content based on her experiences and reflections. She is deeply passionate about using her writing and life as means to provide people with comfort and remind them of the deen. You can read more of her work here, noshinbokth.contently.com.