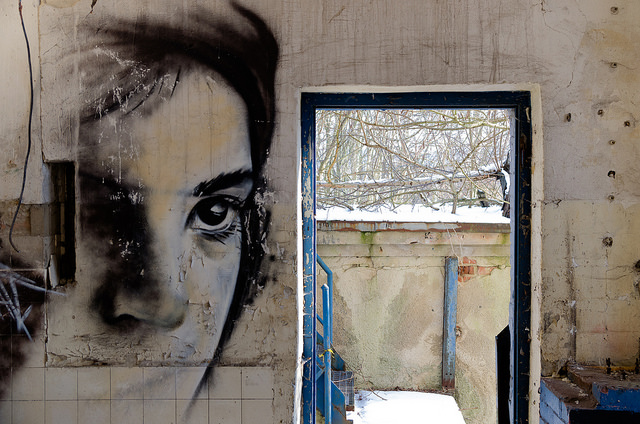 If you type ‘victim’ into a Farsi dictionary, one option you get is ‘sacrifice’, which is what the word victim originally meant.

Are women, then, sacrificial offerings upon the altar of some kind of god? An Afghan proverb says that the ideal girl is deaf in her hearing and blind in her sight. I have heard it from mothers out and about, hunting for a bride for their male relatives. It was a figure of speech they used, meaning that a prey without purity and innocence is not a worthy prey, but rather is a disgraceful, lazy animal. A lazy animal is a poor offering on the altar of marriage, needless to say. Who in their right mind would want to offend god?

Blind and deaf, the ideal girl is easy prey, but from time to time it so happens that a girl’s eyes become open and her ears unblocked, through education or some other experience that changes her understanding. Then she can see and hear that this figure of speech is so much more than random exhalations escaping the corridors of the vocal chords. It is an omen, carrying in it the seeds of the future. Why else would a girl be raised like a lamb if she weren’t bound for the slaughterhouse? A girl who is not blind and deaf would see the destiny ahead of her, and read the signs that point the way to the abattoir of the pure, the innocent and the naïve.

She ceases to be a prey as soon as she realizes her predicament. A transformation takes place: the deaf and blind animal turns into a human being. Along with this transformation comes the knowledge that her father is a lion, her brother a leopard, and her mother a wolf in sheep’s skin. The born-again human being turns around and makes a run for it, running headlong along the path towards that mysterious gift that is self-realization. And thus, a creature of the cult of human sacrifice turns into an actual child of god.

But the path is hazardous and many such girls get caught in a net as they run, and returned back ‘home’. There, she is laid upon the altar of ‘what will people say’, a child of god to be sacrificed for the cult of the herd. The knife that hits her throat may be held by one hand; but its shiny blade reflects a thousand faces of the beast that is the collective.

Born and raised in Afghanistan, Nushin Arbabzadah came to Europe as a teenage refugee. She has post-graduate degrees from Hamburg University in Germany and Cambridge University in the United Kingdom. Her latest book, Afghan Rumour Bazaar: Secret Sub-Cultures, Hidden Worlds and the Everyday Life of the Absurd, was published by Hurst.