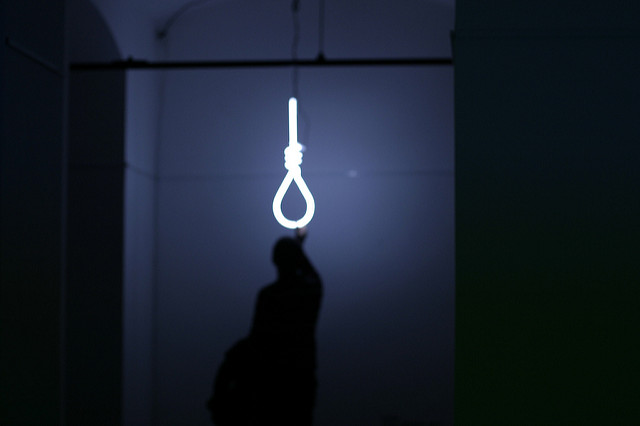 The death penalty is not a solution to sexual violence

Twelve years after the death’s penalty’s abolition, it has reappeared on the political agenda of Turkey, after the failed coup attempt in 2016. The president mentioned that he was willing to restore it as a punishment for those involved in the attempted coup. This was quickly picked up by the general public, who have sporadically been calling for the death penalty for sexual offences against women and children.

The recent outcry for the death penalty sparked in June when an eight-year-old was sexually assaulted and murdered after going missing for several days. The news knocked the country sideways, leaving us with sorrow, heartache and anger. Ordinary people launched online petitions to call on the government to reinstate the death penalty for sexual violence against children. This outcry was a result of repeated and increased violent incidents across the country, affecting not only children but also women. The call for the death penalty was a consequence of collective anger and disillusionment with the failure to prevent these incidents.

But let’s take a minute to think this through before our anger takes over and distorts the reality of the issue and let’s try to answer this question honestly: will the death penalty prevent crime, including sexual offences against children and women, or are we reacting out of anger and despair?

The death penalty derives from the urge for revenge. It is neither a solution nor does it restore justice. First of all, it is an inhumane punishment that violates the most important right of a human being: the right to life. Justice cannot be secured on the basis of an ‘eye for an eye and a tooth for a tooth’. Responding to violence with another form of violence has never been a solution.

Secondly, the death penalty is irreversible. Once you execute someone and take their life away, you can never reverse it. History is full of mistakes and pardons. However, when there is a death penalty in place, there is no room for mistakes.

Situating the death penalty as a solution to rape and sexual abuse implies accepting a dangerous myth that these incidents are isolated events which are solely caused by few ‘mentally-ill’ people. This myth obscures the complexity of the issue and fails to address one of the causal factors: the system we live in. Gender inequality and patriarchy constantly normalize and promote violence against children and women in all its forms, including sexual violence. We are living in a culture that objectifies women and girls’ bodies, that constantly finds ways to blame the victims of sexual violence, that grants unlimited rights to men over women, that praises masculinity and violence at every possible opportunity. If we turn a blind eye to the structural inequality and discrimination that constantly feeds into rape culture, then there will always be new abusers even if the death penalty is the punishment. By demanding the death penalty as a solution, we are unintentionally freeing the government from its main responsibility to tackle sexual violence, which implies eradicating structural gender inequality and toxic masculinity.

In 2017, 101 women were raped and 247 were sexually assaulted, while 376 girls were sexually abused in Turkey. These numbers only reflect reported incidents. Clearly the actual number is likely to be far higher. There are many victims who keep silent and do not report the incidents due to fear, shame, self-blame and lack of confidence in the authorities. Within societies where women are treated as if they are inferior to men and where victim blaming is a common practice, disclosing sexual violence is taboo. The figures also show that sexual violence and abuse are mostly perpetrated by someone who is known to the victim, often a family member. Most women and children are sexually abused at the hands of their so-called ‘loved ones’. We keep being shaken by the news of underage pregnant girls who have been abused by their male relatives. We don’t hear about these incidents unless they result in a pregnancy and medical services are involved. There is a culture of silence when it comes to sexual abuse, especially sexual abuse within the family. Families hold their tongues and often protect the abusers at the expense of women and children. Imagine if, on top of this dominant culture of silence, the death penalty were a punishment for sexual abuse. It would certainly put children and women at greater risk of murder and serve as a tool to silence them further.

Let’s say it loud and clear: we do not want revenge; we want the government to tackle the root causes of sexual violence.

As citizens, the first thing we need to do, despite the difficulties, is to refuse to allow revenge and despair to take the lead and drag us into a cycle of violence that offers no solution. We should respect the rule of law and demand a judicial system that treats citizens equally regardless of their gender.

The preamble of the Istanbul Convention, to which Turkey had the honour of being the first signatory states that ‘equality between men and women is a key element to prevent violence.’  This encompasses sexual violence. By acknowledging violence against women as a manifestation of historically unequal power relations between women and men, the Istanbul Convention clearly outlines the measures that states need to take to tackle gender inequality, and hence sexual violence.

As a part of the work of prevention, governments need to tackle traditional gender-based roles. In doing this, they should not reiterate and reinforce traditional gender-based roles in their speeches either. Women should not be valued only as mothers or wives and they should not be confined to their family roles. Deconstructing traditional social gender-roles will take time and effort. It will require a holistic approach, so the government should use all its power to raise awareness and to educate all people, regardless of their age. Awareness raising and education should be everywhere – at home, in schools, coffee houses, mosques, faith centres and universities: you name it. From early ages, children should be taught the concepts of human rights, agency, consent, and the difference between safe and unsafe touches. They should learn that nobody, including family members, has the right to abuse them or do things that make them feel uncomfortable and upset. Nobody should ask them to keep secrets involving touching. They should not feel scared or ashamed of what has happened to them. They should speak up and talk to a trusted adult and get support.

Ozlem has an MA degree in Human Rights from the University of Essex. She works in human rights field with expertise in women’s rights.