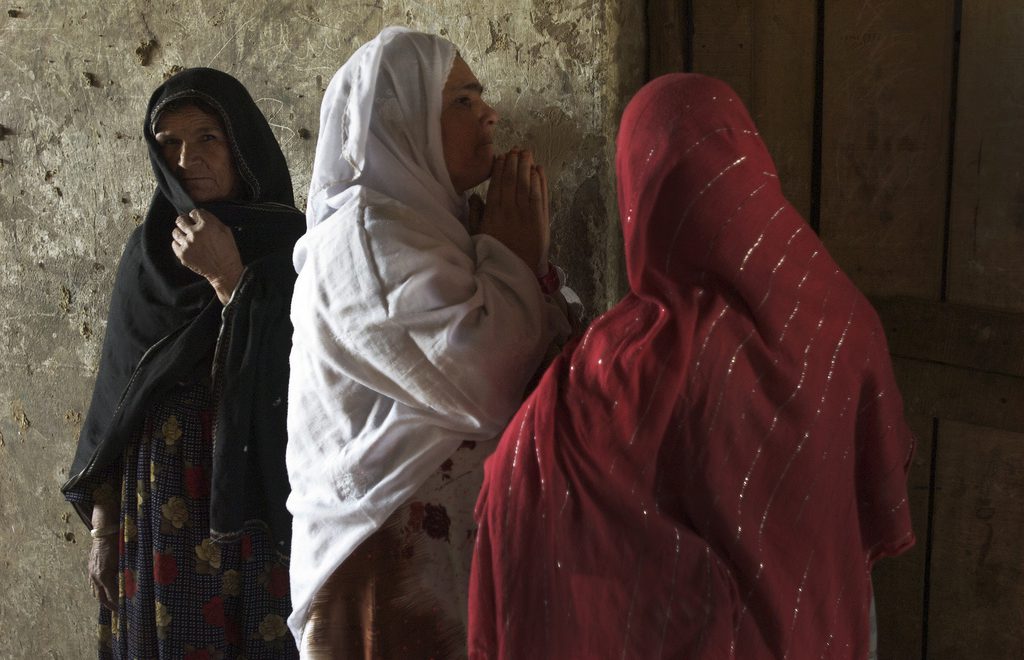 Why are Afghan women’s concerns being ignored?

This January, I watched with tremendous joy and hope as the Women’s March filled the streets of the United States and the world for the third time. I was so moved by the movement’s widespread participation and continued vibrancy. I saw grandmothers and mothers and daughters of all ages, all faiths and all colors. My heart sang as I read signs like ‘Little Girls With Dreams Become Women With Vision’, ‘Nevertheless She Persisted’ and ‘Hope Not Fear’. I couldn’t agree more – for I know what standing at the border of hope and fear feels like. I have been here for a long time.

From my exile in London, my heart turned toward my home, Afghanistan. I was born 52 years ago in Maidan Shar, in the Wardak province of central Afghanistan. I have known but a few moments of peace; my milestones are counted by war. I was 24 the first time I was almost killed by a rocket. In 1996, a group of Mujahedeen fighters held me at gunpoint for hours, every minute of which I felt would be my last. It was hard to hold on to the hope of something better when, in 1998, my house in Mazar-isharif was attacked and my husband severely beaten by Taliban affiliated thugs.

During the civil war and Taliban years, I worked with Afghan women at the grassroots level. Scurrying from basement to basement under the cover of night, I worked to set up community forums across the country. Through this work, we employed 25,000 women in an all-female factory where, under the guise of making pasta for poor communities, we operated an underground community and learning space where young women could be educated, write poetry, and hold on to their dreams. Despite my daily contact with courageous women, these were dark times. My friends and colleagues were oppressed, beaten, surveilled, and forced to wear burkas. ‘Hope not fear’ was more than a placard for us. It was survival.

That all changed in 2001. In addition to eliminating the Taliban as punishment for having sheltered al Qaeda, the American intervention in Afghanistan also meant the release of the Afghan people from decades of repression. Afghan women responded to their new freedom with enthusiasm. They emerged like birds from a cage, and flew.

Over the last 17 years we have fought to bring women’s voices and interests into Afghanistan’s political, social and cultural institutions, and we have made remarkable progress. There are over six hundred universities in Afghanistan now. 40% of girls are in school, and 21% are pursuing higher education. We have many high-profile women leaders and women make up 21% of the government. For our efforts we have been lavished with praise by the international media. We have been held up as examples of female resilience, even while many of our leaders – Farkhunda Malikzada, Malalai Karkar, Hanifa Safi, Najia Sediqi, Safia Amajan, Islam Bibi – have paid for this progress with their lives. Nevertheless, we persisted.

Now, once again, we stand at the edge of a precipice. In the last few weeks, American negotiators and Taliban representatives have been working on a ‘peace agreement’ that threatens to push us back in time and back into our cages. The decisions that are being made have the potential to either affirm our sacrifices or render them futile, and yet we are not at the table. Conspicuously absent from the proceedings are the voices of Afghan women, youth, civil society, and our elected representatives.

The deal that is being brokered on our behalf but without our participation has no constitutional legitimacy. Chief Taliban negotiator Mullah Sher Mohammad Abbas Stanikzai has made his position very clear to all parties involved. The Taliban will alter the Afghan constitution. They will not engage with our democratically elected government. Those of us who lived and worked under Taliban rule know well what this means. Why are our concerns being ignored?

The deal that is currently being negotiated will drown us like a river. According to Donald Trump himself, in a 2017 speech, a hasty withdrawal from Afghanistan ‘would create a vacuum that terrorists, including ISIS and al Qaeda would instantly fill’. I understand why this interests a man like Mullah Stanikzai. But how is this in the interest of the United States? How does this honor the 2,400 American soldiers who have given their lives in the fight against the global terrorist networks that operate in Afghanistan and the 20,400 that have been wounded? They fought for peace, not for this. American taxpayers have also made many sacrifices. Are their investments to be wasted?

While this vacuum will be deadly to all, it will visit its most destructive force upon the vulnerable. Think only for a moment of the 14.2 million Afghan women whose futures are now threatened. Think of their daughters, of all the little girls with dreams who won’t have a chance to grow up to become women with visions.

We demand from NATO and the United States, and the EU community that all our achievements – achievements that have been applauded from afar over the last 17 years – not be now ignored and undone. If they were fit to be celebrated as shining examples of democracy, are they not fit today to defend? As our future is being decided from afar, we demand a voice at the table. We demand a future for Afghanistan in which women continue to participate in the workforce, continue to pursue education, and remain protected by an Afghan constitution that doesn’t ignore 50% of the population. We demand that our sons and daughters know real peace and freedom. We demand to remain in the light.

This is an appeal to the hundreds of thousands of women who participated in the Women’s March in January. I am confident that your passion did not last just a day, that your vision extends beyond your national borders. We ask you now to stand with our coalition of thousands of Afghan women and young people, Time4RealPeace, as we fight for our rights. This is the work. March in the streets, yes. Proudly wear your pink hats and I’ll wear mine too. Please do not forget what this global movement of women’s liberation stands for. Do not forget us. We are your sisters too.

Rahela Hashim Sidiqi is the Founding Director of Farkhunda Trust for Afghan Women's Education. She is the former Senior Advisor of Afghanistan Civil Service Commission and Senior Social Development Advisor of UN-Habitat Afghanistan. She one of the coordinators of @Time4RealPeace, a global coalition of individuals and collectives both in Afghanistan and the diaspora, working for inclusive and sustainable peace in Afghanistan.