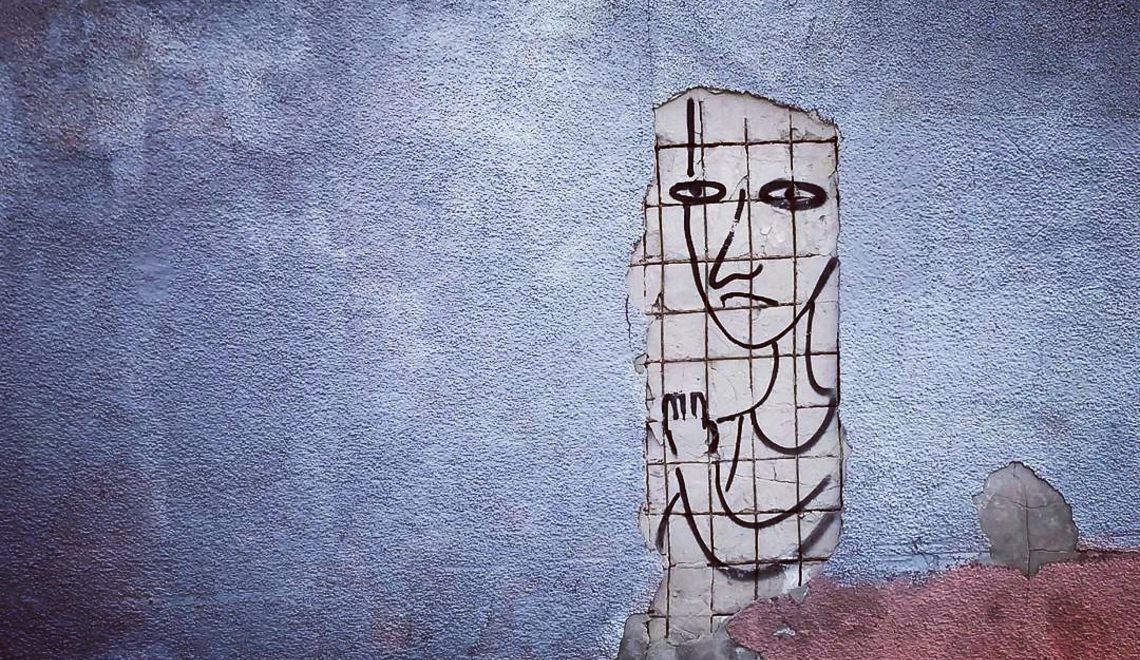 “I wasted my life in prison”

AMMAN – Shrouq was in her late 20s when her brothers had attempted to kill her for reasons related to family honour. She had tried to shield her sister from their axes and knives.

Shrouq, now in her mid-50s, recalls as if it were yesterday the horrific attack against her and her sister, who had delivered a baby out of wedlock.

‘I still remember to this day how my brothers asked my parents and other family members to leave the house, and then brought a trolley to our room that carried several knives and axes’, she said.

The result of the vicious attack by her brothers was the death of her 18-year-old sister. Shrouq herself ended up in hospital under tight security.

Six months later, Shrouq was discharged from hospital, only to be promptly sent to the women’s correctional facility under the orders of the administrative governor as a means of protecting her from a possible second attempt on her life by her family.

‘I spent 15 years of my life behind prison walls so I could be protected from my own family. I cried every day. For me the days were bitter and dark’, she said. ‘I wasted most of my life in prison. I grew very old. I went into prison looking like a doll and I left looking like a very old lady’, Shrouq added.

While sitting and thinking about every moment of the day inside prison right up to the date she was released, Shrouq wished that neither she, nor any other woman would face the same bleak destiny she and hundreds of other women suffered over the past years.

‘My experience was so depressing and horrible – I wish every day that the top officials in the country would not send women to prison, no matter what they have done, because it deprives us of our freedom, and forces us to live in tough conditions and to mix with criminals’, Shrouq added.

Shrouq’s wishes turned into reality when in July 2018 the first guesthouse for women whose lives are in danger from their families for reasons related to family honour started to accept them. The state-of-the-art guesthouse called ‘Amneh House’ (which means ‘safe’ in Arabic), which operates as a guest and rehabilitation house for women whose lives are threatened for reasons related to family honour, was opened by former Minister of Social Development Hala Lattouf.

‘This is an important day for Jordan. Human rights and the dignity of women have always been our priority. We decided to open this house because we believe it is the right thing to do’, Lattouf told diplomats and representatives of local and international organisations and various government agencies on July 31 as she inaugurated the facility on behalf of Prime Minister Omar Razzaz.

The imprisonment of women to protect them from their families has become a relic of the past in Jordan, Lattouf stressed. Any new cases will be sent to the guesthouse by the relevant authorities and not to the Jweideh Correctional and Rehabilitation Centre (JCRC). This will be their new temporary home until their cases are resolved in the appropriate manner, Lattouf said.

Hundreds of women have been imprisoned at the JCRC for indefinite periods in the past without any charges, under what is termed ‘protective custody’, including some for periods that have exceeded ten years, during which they could not leave the facility without the administrative governor’s permission, or unless a male guardian signed a guarantee undertaking that he would not harm them if they were released.Dozens of women who had been imprisoned at the JCRC for their own safety were moved gradually to the newly-established guesthouse to ensure a smooth and successful transition. ‘Our main concern now is to ensure the safety and security of these women and to help them get accustomed to this new situation’, said Raghda Azzeh, the director of the new guesthouse. Azzeh said that ‘the basic idea is to provide more fair alternatives for women whose lives are in danger.’

Around 40 female employees affiliated with the ministry underwent special capacity-building training in May so as to be ready to deal with newcomers and to manage the facility.

The guesthouse will provide meals and other necessary items for the women and their children. It is also equipped with several private rooms for women with baby cradles, a play area for children, as well as rooms that include sewing machines, computers and hair salon equipment for residents to learn new professions.

The facility also includes several kitchens, balconies, a health clinic, sports equipment, a garden and special rooms to receive the cases. It will be protected by male and female plainclothes police officers. ‘We will receive any cases that qualify in our guesthouse. We will never turn our backs on anyone, even if we have to bring extra beds to accommodate the additional cases’, Azzeh stressed.

Most of the women in protective custody were detained due to involvement in cases of rape, adultery and being victimised through incestuous abuse, or for leaving the family’s home without parental permission.

On some occasions, women were reportedly killed after being bailed out by family members, even after their relatives had signed guarantees to inflict no harm to them. Around 20 women are murdered annually for reasons related to ‘cleansing family honour’ in Jordan.

The executive director of the MLG, lawyer Eva Abu Halaweh, who has partnered with the ministry to train employees and help women who are in protective custody described the facility as a ‘temporary safe house for women until their cases are solved in a peaceful manner.’

‘We have been working with civil society, government entities, and activists since 2005 in order to find a decent and humane solution for these women rather than spending many years of their lives behind bars. We are pleased that this day has finally come with this guesthouse’, Abu Halaweh said. ‘The new guesthouse will bring new hope and better protection for these women since in the past they were imprisoned despite not committing any crime.’

Regulations for the guesthouse stipulate that women whose lives are in danger are entitled to be admitted to the guesthouse willingly at any time, even during holidays, after being referred by the administrative governor. The guesthouse will be obliged to receive women, document their cases under strict security and provide them with necessary legal, psychological, social, medical and recreational services. The guesthouse can also receive children accompanying their mothers who are six years old or younger.

The services will be terminated in the event that women do not wish to stay, threaten other women residing in the guesthouse, or if the problem of a given guest is resolved and there is sufficient evidence that her life is no longer in danger.

Shrouq said, ‘During my 15 years in prison I was always dreaming of smelling the soil and planting trees and roses. I am glad that I know that no other woman in Jordan will ever be deprived of these small but important desires. Thanks to the new guesthouse that has recently opened we now know for sure that women in Jordan will no longer be imprisoned to protect them from their families… and that there is a better place for them to start over.’