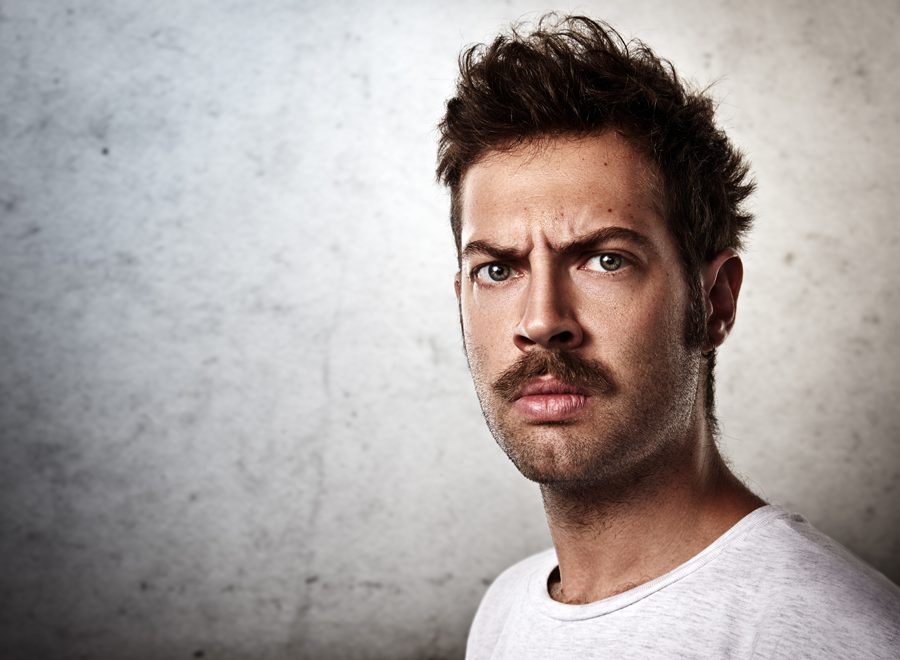 I didn’t realise it was abuse

My counsellor let her glasses fall slightly down her nose so I could see directly into her eyes. ‘Do you think this is emotional abuse?’ she asked softly, curiously. I’d told her about my latest row with Dave*. I chuckled awkwardly. ‘I don’t know if I’d call it that.’ It’s been years and I still don’t feel comfortable calling it that – maybe because it would mean admitting my own weaknesses: losing my dignity, staying in a toxic relationship for so long. I met Dave a few years back. He had irresistible confidence. On reflection, his confidence appealed to me so much because I had none of my own. Whilst I walked around apologising for everything, he walked around like he owned the earth, as if he’d put it on loan for the rest of us to live in.

Dave was very financially responsible and unlike me, had worldly possessions. Here was Dave with his Mercedes that he had bought with cash, a house that he owned and an amount of savings in the bank that seemed astronomical to me. I was in awe (even if I didn’t want to admit it) at what he had managed to accumulate whilst I had next to nothing but my pride and a few writing credits. It feels stupid even to say out loud now, but something inside me assumed that because Dave could take care of his finances, he could take care of me. Not financially, but emotionally. Finally, I’d found someone who had their head on straight.

I remember the first time Dave shouted at me. We were in our local shopping centre. I can’t even remember what was said: it was such a blur of me saying something frivolous and him responding so nastily that it felt like a punch in the nose. He spat his words out so viciously, it was like it wasn’t my Dave. I didn’t know this person. It shocked me so much that I ran away in tears to the place that brings me the most amount of comfort – a bookstore. So there I was, in Waterstones crying behind the books, trying to pull myself together, watching people eye me with pity (but not enough to ask me if I was okay). I don’t blame them; I probably wouldn’t have known what to say either.

I used to be quite the social butterfly. Not exactly a party girl, but I’ve worked in media for a long time and that has meant a flurry of parties, networking and events. Dave always made it clear he didn’t approve of my escapades. He had a reason I felt I couldn’t argue with. ‘Drinking is against your religion, why would you put yourself in situations where you might drink?’ he’d ask me, a mask of concern and frustration flushing his face. Dave would make it crystal clear that he only disapproved of me going out because it wasn’t good for me. They were immoral, these social gatherings where people drank and did lines in the toilet. This wasn’t about me socialising, I told myself. Dave knew how to look after me. He had no problem with me going out. My career took somewhat of a back seat as I slowly became more housebound due to a building anxiety that I never outwardly blamed on Dave. Inside, I knew he was the source because the idea of telling him I was going out caused too much anxiety to make it worthwhile.

And still, every time I would go out, even for a casual hangout with old school friends, Dave would go a little cold. He’d make comments that gave me the idea that this coldness was because I had gone out to see my friends, but that would never be made explicit and he’d never be consistently angry enough for me to feel confident enough to confront him. So there I was, apologising with my every movement for something that shouldn’t have been a problem. I became meek and a little mad.

You may wonder why someone would stay with a person who is slowly but surely asserting control over them. But it never feels that way when it’s your life; not at first. You love them, so you find excuses. Also, the emotional manipulator is usually smart – it will always be a fine line between good and bad – enough good to give you hope that one day it will all be good, but bad enough to tell you that you are inferior, and that this is the best you will get. Your newly decreased sense of self-worth means you should feel your situation is one you should be grateful for.

Dave had a temper, and he played his tantrums out like an emotional fiddle. Sometimes I felt like a slap to the face would be better than the mental distress. It would have been far more bearable. But no – instead, Dave would shout incoherently about everyone and anything, walking around the house with a mean face on, stomping, making everything in his path hold its breath. I was walking on eggshells more often than not after a while. It reminded me of my father. I remember I’d be waiting for him to drop me to school and he’d be running late, swearing and stomping around, a walking storm cloud. I’d go into the bathroom and cry: cry about being late to school yet again, cry about how tense and anxious my father made me feel with his aggressive behaviour. And yet like a walking textbook, every partner that has followed has had similar traits.

Dave was quite subtle with his behaviours, which left me most confused. You could never be too sure if what you felt was real or imagined. I’d ask myself, am too sensitive, I am paranoid, am I overthinking this? Whenever I’d speak, Dave would blatantly make no effort to listen. He’d start humming a tune while I was speaking, or he’d start talking to the cat midway through my sentence. Anything to let me know that my voice wasn’t a priority. Another classic he liked to try was simply talking over me. After a while, I came to believe speaking was pointless. When that breaking point came I had truly lost my lust for life. Small behaviours performed consistently over time have big psychological impacts. If somebody makes so little effort to hear you for so long, your brain begins to accept the fact that you must have nothing worth saying.

I’d buy a new dress and Dave would eye it up and down with as much subtlety as he could muster, and then consciously not compliment me or the dress. He was very careful with my ego; it was a thing that should never be bolstered. It must remain under control at all times, like it was my cholesterol level or something. I knew without being able to articulate it that I was supposed to know my place. I was not interesting enough to listen to, my new dress was not worth a compliment, and I was never as smart as him because I never knew best; he did. Debates were always fruitless with Dave. You either agreed with him or you were wrong. There was no other option apart from an argument.

I had long stopped fighting with Dave. Every time I tried, somehow it always ended with me crying and apologising for my behaviour. I’d say sorry for being so crazy, sorry I was emotional, I will try harder to be better. I was made to believe there was truly something wrong with me. I think this is what they call gaslighting.

I truly believed for a very long time that there was no way I could live without Dave. I’d rather die. My life would be so empty. Whenever he’d push me too far he’d spend a few days serenading me with his charm – he’d worship every part of my body and soul in the privacy of our bedsheets, he’d treat me like a flower in bloom – I was surrounded by a wealth of water and sunlight in the form of his love. It was love in abundance and it was glorious. I was full.

It was never ever permanent though, and the aftermath of faux fullness every time he sucked me dry of my confidence was wearing very thin. I started to catch glimpses of who I used to be before Dave – someone who felt capable on their own, someone who believed in themselves. I am gaining confidence, but it’s a slow process. It was hard getting over him. He was my drug of choice for a very long time. But I am getting there, slowly but surely.

If you have experienced any form of abuse or simply want some help or advice, I recommend the following:

The Samaritans are available for a chat 24/7 about anything you want to discuss.

Relate offer relationship support for everyone.

*Some names and identifying details have been changed.