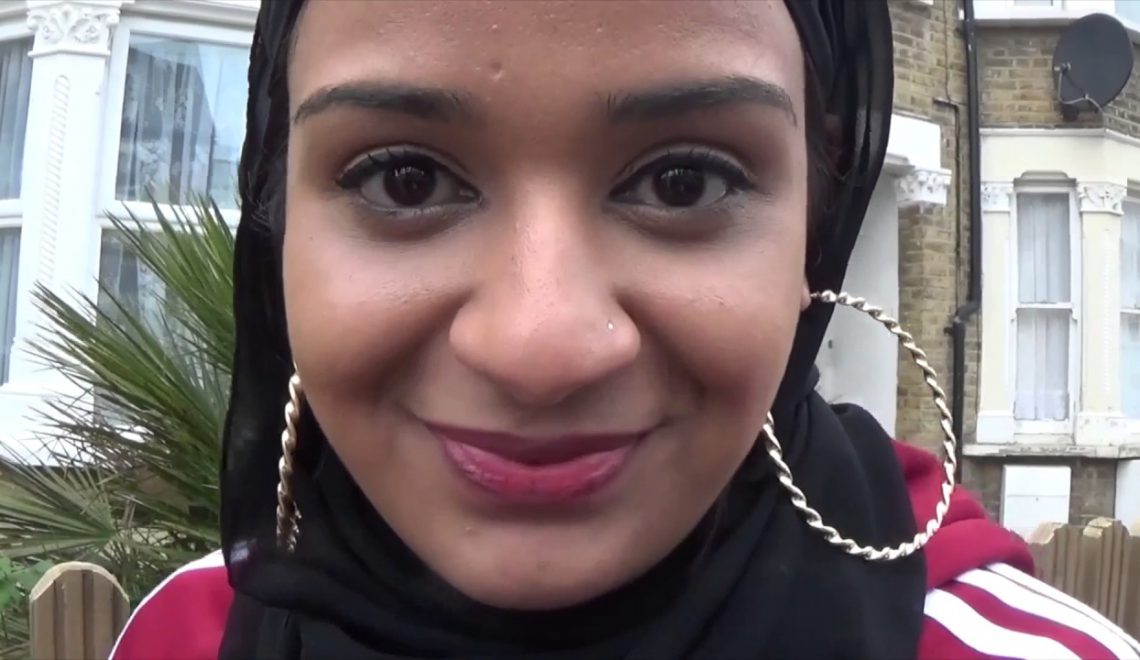 I have been following the work of actress and writer Ambreen Razia since she toured her one-woman show The Diary of a Hounslow Girl on stages across the UK. I managed to catch it at Tara Arts Theatre two years ago. It was moving, funny and relatable. So, when I heard that there was going to be a TV adaptation called Hounslow Diaries on Boxing Day, I knew that it was going to be amazing and hilarious. I wasn’t disappointed!!!

In the show, we follow Shaheeda (played by Ambreen Razia herself) and her two hijabi best mates, Tash (Mandeep Dhillon) and Leonie (Robyn Cara): three suburban Muslim girls in a Hounslow mosque. Instead of reading the Quran, Shaheeda is looking up pictures of a club/bar they want to go to in Central London, and Leonie is revising for her exams. Shaheeda and Tash convince Leonie to join them on their night out. But will need to raise £90, and Leonie only gets an allowance of £20.They think of ideas of how to raise the necessary money, while Leonie’s mum comes to collect her from mosque. Leonie practices her Arabic – which makes no sense at all: ‘Let’s go. Dinner’s in Tuesday’s sheep’!!!

Shaheeda and Tash go home for Shaheeda’s sister’s wedding prep. A lot of money is being spent on the wedding, and Shaheeda manages to get her £150 outfit for £50; the rest will pay for the girly club night out in the city. Shaheeda manages to get a sparkly shalwaar kameez but Tash can’t keep her kleptomaniac hands to herself and gets them into trouble[. Back at home, Shaheeda is caught between a conflict between her sister and her sister’s fiancé, Tariq… and his mum.

On the club night out, Shaheeda and Tash wait for Leonie. When they see Leonie they love how she looks but want her to take off her headscarf too. Leonie doesn’t want to so Tash redoes Leonie’s scarf ‘Tash’ style, and Shaheeda gives her an added touch of style with a pair of golden hoop earrings. This is such a beautiful moment of sisterhood: looking out for each other and pulling together a sick image for the club. They get into the club with really obvious fake IDs provided by Tash’s ‘always on a high’ brother. Tash advises them to ‘just channel Cardi B and smile’. In the club, they see Tariq dancing with a white woman.

Meanwhile Shaheeda’s sister, his fiancée, is at home with his mum, trying out face packs. When Tariq spots them they all run out of the club. On the way home Tash stresses to both of her friends that they should tell her if her man is ever with another woman. But they’re not going to let that ruin their night. It was all worth it. And Tash asks the others if she can get her brother to get them Stormzy tickets to Glastonbury (which is in Scotland, innit!!!)

Hounslow Girls is a really funny take on British Asian life. I can totally see myself in all three girls. They love music, dancing and still have faith with mocktails and pepper their language with terms like Astaghfirullah!!! I am even more of a fan of Ambreen Razia than I was previously. I really hope the BBC make Hounslow Diaries into a series.

Hounslow Diaries is available to watch to viewers in the UK via the BBC iplayer here.