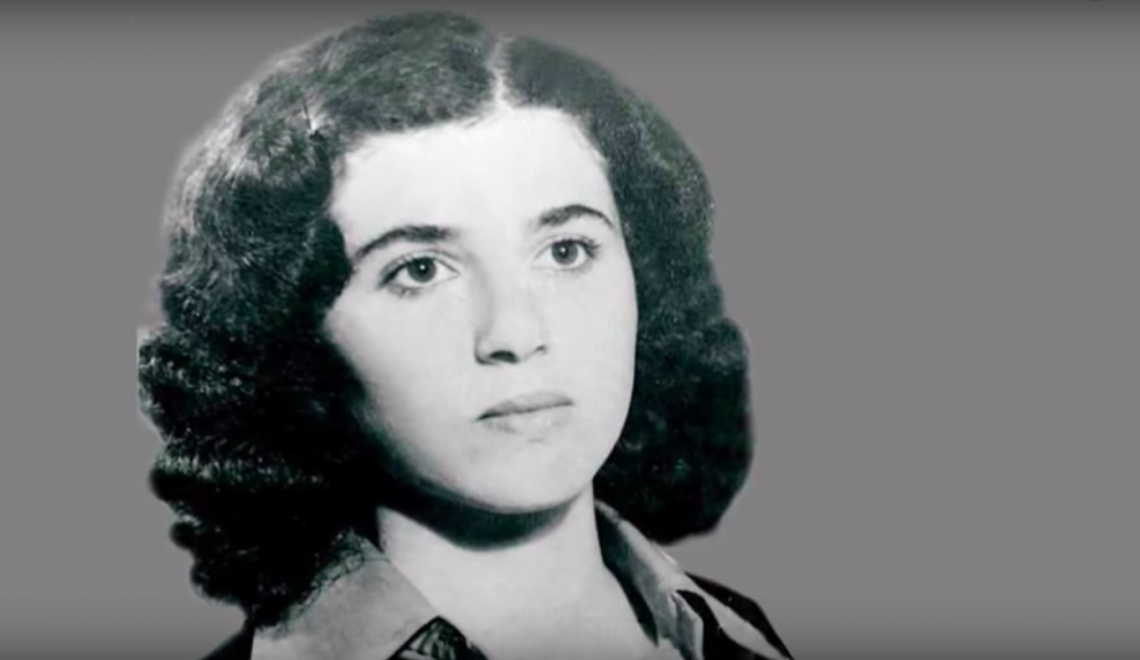 I found life beautiful, even under shabby, routine and inadequate conditions. The revolutionary struggle made me happy and gave me life. I had self-confidence, feeling neither helplessness nor pessimism. My whole life was a struggle at every moment. This knowledge gave me the strength to stand on my own feet. – Sakine Cansız

Sakine Cansız operated under the code name ‘Sara’ within Kurdish nationalist movements and a trailblazer for women’s leadership in radical and nationalist movements. A controversial figure, she was one of the founders and the first senior female member of the PKK (Kurdistan Workers Party). The PKK is a Marxist-inspired movement that has been designated a terrorist organisation by Turkey, the United States and the European Union, having been in armed conflict with the Turkish state for much of the last 34 years.

She grew up in an Alevi family in Eastern Turkey. From the early 1970s, she developed a political consciousness of the position of the Kurdish population in Turkey, identifying the Kurdish people as being under Turkish occupation, and Kurdish identities as being forcibly suppressed. From a young age, she became involved in underground political activities to further the Kurdish cause. Sakine was present along with 20 others at the 1978 meeting in Lice, Diyarbakir at which the PKK was founded. In contrast with other Kurdish identity movements, the PKK was ideologically and practically committed to involving women directly in their activism. Sakine herself, as a shrewd observer of people, was able to personally recruit many women and encourage their participation in the movement, as well as providing an aspirational example of how women could engage with radical politics.

Recruiting women was not always easy, since the party’s core ideology did not always centre upon women’s domestic concerns. From the foundational meeting of the organisation, Sakine raised the idea of establishing women’s units. She was later to be involved in what she described as the ‘beautiful and important’ task of building a woman’s movement in Kurdistan, and in ensuring women’s concerns were more closely reflected in the PKK’s ideology. Sakine described female recruits as more reliable, but also subjected to restrictions upon their behaviour and movements due to the requirements to uphold family ‘honour’. Cultural factors impacted upon the usefulness of female recruits: they made effective couriers because they were less likely to be searched by security forces. Her efforts to include women in the movement were effective: according to PKK expert Aliza Marcus, by 1993, one-third of their armed forces were female.

In 1979, she was arrested and spent 12 years in Diyarbakir and at other Turkish prisons, where she was subjected to torture. After release in 1991, she was to work at the party’s academy in Lebanon and thereafter to guerrilla camps in the Zagros Mountains. From the late 1990s, she moved to Europe; in 1998, she was granted political asylum in France.

Her published memoir, the first of three written between 1997-8, focusses upon political campaigning: the grass-roots work of raising awareness amongst factory workers, demonstrating and holding political meetings and debates. She wrote her memoirs in a camp with fellow militants, using a manual typewriter sitting on the ground in a tent warmed only by a pot-bellied stove. In her memoirs, her political experiences run alongside a more personal struggle with an unsatisfying and distant marriage which ultimately terminated in divorce, leaving her disillusioned. This was to inform her feminist critique of the institution of marriage.

A message intercepted by Wikileaks in 2007 described her as a ‘target’ and  ‘a PKK financier and weapons and tactical strategist’. She was arrested in Berlin in 2007 on a Turkish arrest warrant, but then released after the German courts refused to extradite her to Turkey following massive protests from the Kurdish population. In 2013, Sakine was found shot dead along with two other Kurdish activists: Fidan Doğan, who was the Paris representative of the Brussels-based Kurdistan National Congress and Leyla Şaylemez, a more junior member of the organisation. The killings were described as ‘execution-style’. Whilst Turkish authorities attributed the murders to in-fighting within the PKK, others have implicated the Turkish security state apparatus. The sole suspect died in custody.

A funeral ceremony for the three women held in Diyarkabakir attracted tens of thousands of mourners. Sebahat Tuncel, an MP for Turkey’s pro-Kurdish Peace and Democracy Party, described Sakine as a feminist, saying that, ‘Sakine’s ‘struggle was always double-edged: against male dominance and for Kurdish rights’. Sakine’s legacy lies in the inclusion of women and feminist ideas within contemporary Kurdish resistance movements, and specifically in the existence of the renowned autonomous women’s units.