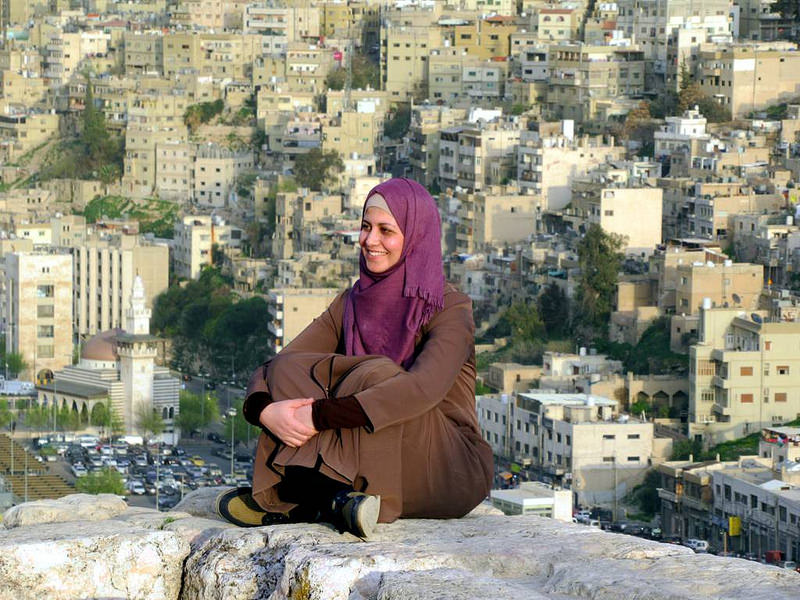 Inas, who is now in her late 30s, has spent over 15 years in prison after the Jordanian State decided to imprison her for her own safety for reasons related to ‘family honour’.

Inas, whose uncle tried to murder her by firing 12 bullets at her after she had attempted to elope with a man she loved, because she was forced to marry her cousin. She survived the shooting incident but instead of returning home to her family, she ended up at a women’s correctional and rehabilitation centre, where she was trapped with no official charge against her, she was unable to release herself. In such incidents usually a woman remains in prison or a male guardian from her family release her after signing a $7,000 bail stating that she will not be harmed. In reality, most bail paid by male members represents a certificate of death for these women, because they release them from prison to kill them, and thereby cleanse the family honour.

But in almost five months from now, stories of women in situations like Inas will be a thing of the past. They will no longer have to waste their youth and much of their lives behind bars. The Ministry of Social Development has announced plans to open a shelter to house women who are in prison for their own protection.

The plan for the new opening is set for some time in March. The ministry is currently trying to locate a building and train the staff to start receiving the beneficiaries. Currently, there are around 70 women who are imprisoned for their own safety by the state out of fear that their families might kill them.  The number could increase or decrease and the average number of women imprisoned at correctional facilities stands at around 40 monthly.

Most of the women who are in the facility are locked up by the administrative governors due to cases such as rape, adultery, extramarital affairs, incest and for going missing from home.  This is the method the Jordanian authorities find most suitable to protect these women from their families.

But Jordanian Minister of Social Development Hala Lattouf has stressed that the Jordanian government is very serious about opening the shelter and has located USD 1.4 million for the facility.  She added the ministry is extending its hands to local women’s groups and other security agencies to ensure a smooth opening of the shelter.

Lattouf said a team of experts has been formed to interview women who are in prison to examine their cases and prepare them for the transition, whilst staff are currently being trained by experts on how to run the shelter.

The minister added that the shelter will be a safe haven for other women who feel that their lives are in danger and for ones who will resort to local NGOs seeking help and protection.

‘We want to ensure that Jordanian women whose lives are in danger receive the proper protection and services they deserve,’ Lattouf stressed.

Around 20 women are murdered annually in Jordan for reasons related to ‘family honour’. Globally and based on the most recent statistics that were released around the year 2000, around 5,000 are killed worldwide every year for reasons related to family honour.   Experts say the number is very low and most probably the real figures may be much higher.  The BBC reported in 2013 that women’s advocacy groups suspect that more than 20,000 women are killed worldwide each year.

Lawyer Eva Abu Halaweh and activist Inam Asha have been working closely with women in prison for over 10 years since previous plans to open the shelter were shelved by respective government over the years.

‘We have reviewed dozens of files of women who are in prison and we managed to secure the release of around 10 women after ensuring that they will be able to lead a safe life and can be independent,’ Asha said.

Currently, there is only one local organisation, the Jordanian Women’s Union, which has run a small shelter since 1999. This shelter has helped hundreds of abused women and their children who were in danger.

Abu Halaweh expressed hope that the new government-run shelter ‘will be a better alternative for women in similar cases because they will no longer be admitted to correctional and rehabilitation facilities as a form of protection.’