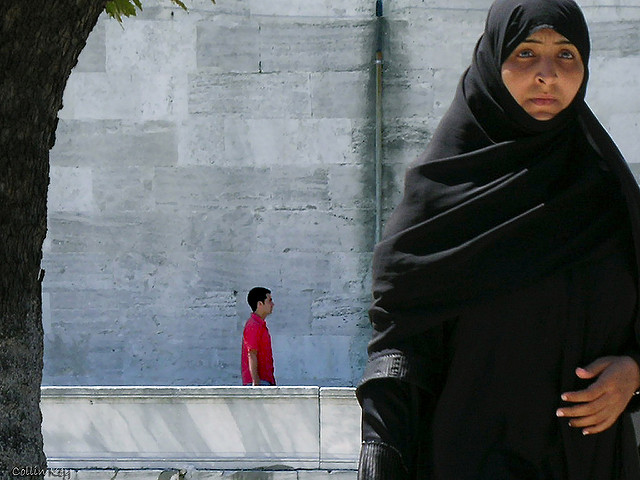 In the Arab world, sex is a taboo subject. It isn’t even thinkable. Sex means marriage, and nothing else. Women must protect their hymens from breaking prior to marriage; otherwise they will live in shame. As Muslims, women and men aren’t allowed to have sex before marriage.

Ever since the beginning of human race, women have been considered sex objects. They have been underestimated for a long time on this basis and still suffer. However, women are still fighting for gender equality.

I live in a society where marriage is considered the primary priority for some girls and families. Some see it as their ultimate goal in life. A girl is a burden her family must carry until she reaches puberty and gets married. Some tribes use spells and curses to ‘protect’ girls from rape or sexual assault. By this method, girls are coded by ‘honour’. When it comes to rape, men are not to blame. If a girl is raped, she will never get married afterwards. She may get killed by her family for ‘breaking the honour code’. This is called an ‘honour killing’. Otherwise, she will live in shame and be isolated forever.

It sickens me to the guts to know that my society considers me an object, that no matter what I achieve or aspire towards, it won’t make any difference when I am not yet married. Women’s only role is to give birth and be housewives. Sadly, some women feed men’s egos and surrender to them. They become part of the system.

With the absence of law and order in Libya and the increase in crime, both men and women are getting kidnapped. In 2012, there was a story that stuck in my head about a high school girl that was kidnapped on her way to school. She threw herself out of the kidnappers’ apartment balcony so they wouldn’t rape her. She died. She knew she would be excluded and society would show no mercy to her.

She is one of many women who say that they would rather die than to ever live with this ‘shame’. Grandmothers and mothers nourish the concept of shame within girls from an early age, always blaming women and increasing their insecurity. This is how the idea of ‘honour’ is coded into our everyday lives.