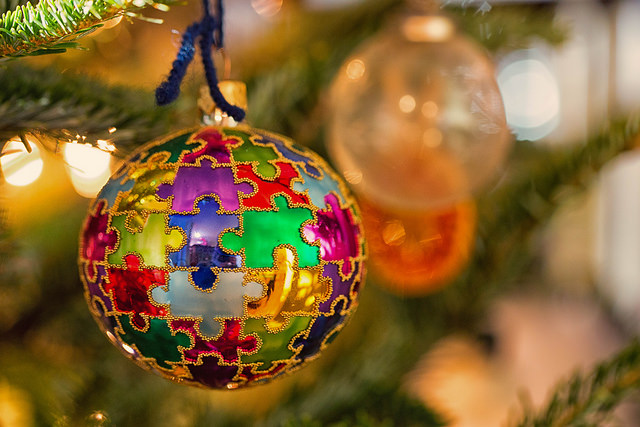 Can I celebrate Christmas?

I think it’s pretty safe to say at this stage that hatred of Muslims is brewing into something that can no longer be halted – and it is going to get worse before it gets better.

These days, Muslims get penalised every time we make ourselves visible within society – whether it be via the British Bake Off or a Tesco advert. There are a growing number of people in Britain who are calling for our erasure, our exile, our death. It feels bizarre that I can simultaneously write that and accept it as fact without panicking, but this is how smoothly many integral media outlets have implanted this narrative into our mind-set. At risk of sounding dramatic but internally saying this with real conviction, I can imagine that the rhetoric we hear today is just what lit the flame for the wars of the past.

I am, as friends reading will know, a Pakistani woman. I was born here, and the first Christmas I can recall was when I was five years old. We didn’t have a lot of money, but even when I was too young to know any different, my mother clearly knew it wasn’t fair for me to miss out on Christmas. My parents made sure we had something; a tiddly little tree made out of plastic that leaned against the back garden door like it was drunk.

We had old ornaments that I have vague memories of hanging – blue baubles peeling to reveal streaks of silver – they were so metallic, so blue – to me they were magic. As with the tree, their age and imperfections just added to their charm. For some years, heavy, thick slabs wrapped in snowman adorned paper rested under the tree. I always knew they were books from Oxfam. I always looked forward to opening them.

My memories of winter as a child are a swamp of tinsel, Home Alone marathons, Uncle Buck, the rarity of being surrounded by family who were usually disjointed, great food, Coca-Cola, teddy bears, comfort, and community. There are some things you just know so early in your life. As a child I knew I was Muslim, and I knew Christmas was an awesome time of year. No conflicts, no confusion, this was just life as I knew it.

So I found the reaction to Muslims featuring in Tesco’s Christmas advert really quite alarming. My family had been gathering around the telly with a roast dinner on December 25th since I could remember. Were we… not supposed to do that? I remain confused. 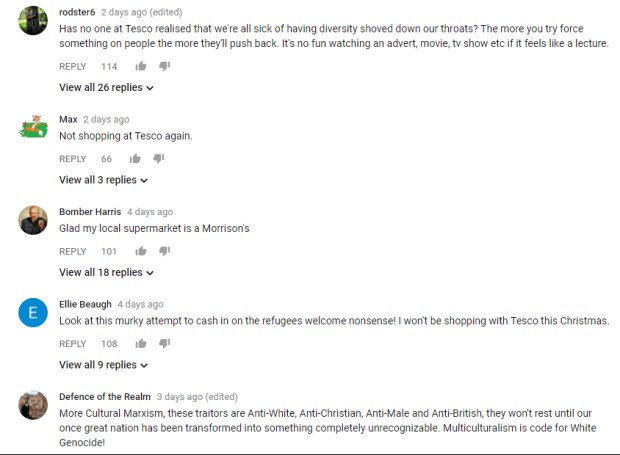 2015’s British Bake Off winner Nadiya Hussain recently offered some tips to having a stress-free Christmas in her BBC column. The Daily Mail picked up the story, and the comments were, I suppose, what you’d expect.

We all know why she won The Bake Off and it had nothing to do with her cakes ! her family does not celebrate Christmas in the ‘traditional sense’ so why is she commentingon it ? Go away.

Any relation to sad am hussain? Distant cousin anywhere??

I’m going to stop now for my own sanity and for your brain cells.

Nadiya replied to the comments with a post on social media that read: “I get abuse for merely existing. Too brown to be English. Too Muslim to be British. Too Bengali to eat fish fingers! There is no end! I exist, we all do! Some days I hate myself for simply breathing the same air that I am so often told I am not entitled to. Tear away your flesh, you are a skeleton underneath like me, like everybody! So let’s just breathe our air, let’s exist because what else are we supposed to do?”

I love Nadiya. She’s a beautiful woman inside and out, and she has more patience than I do. It’s funny that to Daily Mail readers we’re apparently seen as barbarians, and yet they expect us to be calm, graceful and peaceful no matter how much verbal and physical abuse we get. I’m running short on grace, calmness and peace.

It’s pretty much accepted that Jesus was not born on December 25th. There are many Biblical references that point to his birth occurring in the spring. So what is this all for anyway, apart from the Bank Holiday and the nation’s real God, Capitalism? Christmas is becoming bizarre – a purchasing frenzy, propped up with competitions between the likes of John Lewis to Sainsbury’s to see who can make us cry the most with their adverts –  in the name of spending with them.

Do you know who was born on December 25, though?

Basically, December the 25th was chosen to celebrate Christ as it was a date that would mean something to the Pagans who had converted to Christianity.  It’s close to the Winter Solstice, and December 25th was the date of the Roman Festival Dies Natalis Solis Invicti – the ‘Birthday of the Unconquered Sun’.

I’d also like to mention that Santa Claus was a saint from Turkey. Like, he was brown. Fact. Obviously Jesus himself was also brown, being from the Levant.

I suppose the point I’m trying to make is that Christmas is far more complex than one can actually imagine, and with its own history as a witness, its story is actually very inclusive. Why can’t a woman wearing a hijab have Christmas spirit? What does Christmas even mean if it’s not a day for community, love, generosity and joy?

I don’t care why Tesco included Muslim women in the ad, or if they even do Halal turkey (who wants turkey?! It’s dry as hell). I care about the reaction the advert received. People are actually boycotting Tesco over it.

This morning, there was a debate about whether it was acceptable to include Muslims in the advert on LBC on the Nick Ferarri breakfast show. I wanted to call up and ask how this could even be a debate, and what an insult it was to Muslims like me who have actively participated in Christmas my whole life.

Unfortunately I couldn’t as I didn’t have time – I had a train to catch, a job to get to, friends to meet, and a very British life to carry on living.