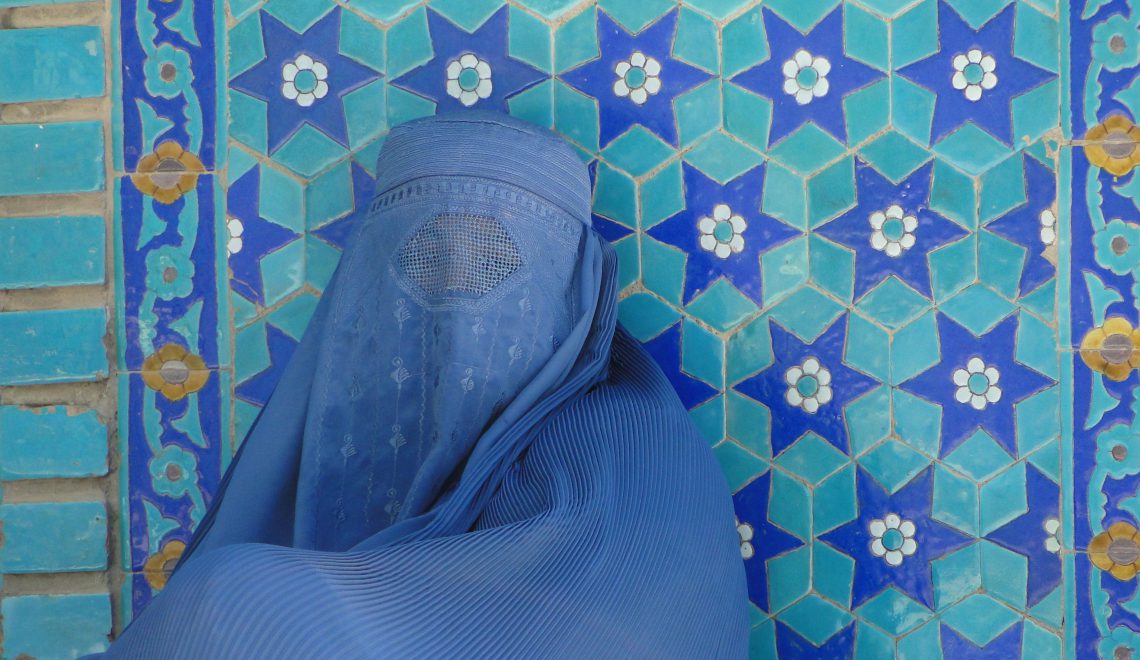 She yearned for tenderness. The delicate touch of the skin. The gentle holding of hands. The light weight of another leaning against her. The generous sharing of space and smile and breath.

She was the oldest of six children. She does not remember the touch of a mother who was always busy with her younger siblings. Her father was a tall bearded man who screamed when a child made the slightest noise. He came back late at night, always reeking of the pungent smell of opium; bringing the degradation of a war-torn country into the house.

She was married at 14 years old, skinny and unaware of why she shed blood every month. He was old, wrinkly and dry. He never held her. He would penetrate her with force like those dogs in the streets; dogs that were later shot by the Taliban. She often wished she were one of those dogs. She would at least die instantly, rather than prolong this agony that was her life.

And then came her son. He came after she had lost two children at birth – because of her small hips, the midwife told her. Her son bloomed – and she bloomed with him. He slept by her side. She spent her waking hours looking at him sleep. She would caress him gently. She smelled sunshine on his hair and laughter on his cheeks. When she kissed him between his eyebrows, she knew what paradise was.

And then it was over. Just like that. He grew a beard, and the distance between them became infinite. He was a man now, a world apart from hers.

She hated crowds, and shuddered when feeling the bodies of other women pressing against her in the crowded market and while standing in line for bread. She wished the Burka were made of a thicker material, shielding her from their smell and this absurd life. That was not the human contact she ached for.

And finally on that early fall morning, a gentle whiff from the delicate pomegranate tree laden with heavy fruits enveloped her in all the tenderness she needed to depart. And so she did.