The other day I sent a message to my mum on WhatsApp: ‘Mum, were we in Iraq during the Iraq-Kuwait war?’

She answered right away: ‘yes’. I paused. I thought of how crazy it is that I can lose track of how many wars I have experienced. It’s a tragicomedy. I came to realise that the vague memories that I have at the back of my head might be real.

In 1992 I was almost five years old. I remember hugging my mum and my two siblings in our big dark two-storey house in Baghdad. There was a power-cut. The only light in the house came from the skylight. I was looking up at the navy blue sky with my arms wrapped around my mum, afraid of the loud sounds of war. A siren. I remember that I saw a big bird-like-object in the sky. The sounds of war were so loud. I go back to that memory instantly every time I hear the faint sound of a siren, or a loud alarm. I feel like a scared child again.

Mum tells me that when we were woken by bombs and fighter jets she convinced us that they were just fireworks set off by naughty kids playing in the streets. When my siblings and I were asleep, my parents would up sneak to the rooftop of the house to watch the ‘fireworks’. Funnily, I got into the same habit later in my life in Syria. Like mother like daughter, I guess.

My sister, who is five years older than me, tells me that my family would drive to my auntie’s house. The whole family would gather there under the light of kerosene lanterns to feel safe, and to play cards, of course. She describes it as going to a dark picnic. Like Eid, with all the kids of the family gathered to play and to watch a muted Iranian channel on the smallest television in the world. Six months of winter passed during the war without any electricity or water, my mum tells me. My parents used to hang our food on the tree in the garden outside to cool. It was like a Christmas tree.

I revisited this memory after recently reading an article by a war photographer on the Gulf war, as the world calls it. He discussed how this war was reported and photographed for the American people as some sort of video game. A war with no human faces – except for those of the brave interventionist soldiers. Reading about the infamous ‘Highway of Death’ brought back memories of hearing it mentioned by people in my family and my surroundings. For those of you who don’t know, the ‘Highway of Death’ was the six-lane Highway 80 where thousands of Iraqi soldiers retreating from Kuwait to Iraq in 1991 were ambushed by US bombs that burned them alive.

I don’t know where my dad was on that miserable day, but I am glad that he wasn’t walking towards his death alongside his compatriots. My dad spent nine years serving in the military during the Iraq-Iran war, longer than the entire war itself. He went in a recently graduated artist with a great vision for life; he left a troubled man. It was the same for my two uncles, my father’s brothers. One of them was a prisoner of war in Iran for more than five years. My mother’s brother, Uncle Mustafa, spent 12 years in the military. He spent his entire youth in a uniform under the Arab socialist Ba’ath government. 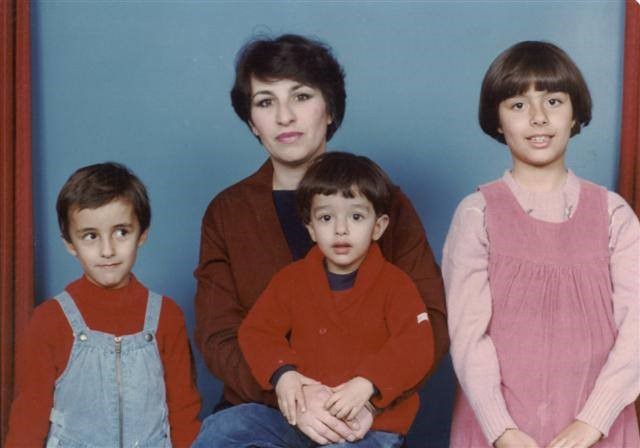 My entire family in Iraq has paid a heavy price for long years of war. Absent fathers, imprisoned sons, and later, the damaged souls of people who witnessed the brutality of the battlefronts and the repercussions of war. Mothers and wives were left to feed their families and take care of the complicated needs of their family’s war veterans. My mum ran my grandfather’s cement factory like a super woman and still read us bedtime stories. She wrote her own children’s stories and she told them marvellously. She sheltered us like a mama bear, creating a beautiful fantasy world to live in during the dark times of war.

Who would have known that after the Iran war that I was born into we would come to experience three more wars? It is almost as if war is some kind of a curse on me and my family. In 1997, my mum decided to leave our dear Iraq to go to Syria, which was safer at the time. My dad stayed behind. Unfortunately a new war started in 2003. The US/UK invaded the country to topple Saddam’s government – and to take control of Iraq’s rich oil reserves. This global war enflamed the whole nation, if not the whole region, and has done so right up to the current moment. My Iraqi relatives fled to Damascus in Jeeps filled with their belongings. But my dad didn’t change his mind. He has always refused to leave his home country. He was waiting for the peace to come at last, as more than a million-and-a-half Iraqi refugees fled to Syria. Hundreds of thousands were killed.

Syria felt like a paradise for many Iraqis. They thought they had found a welcoming and generous second home. I remember my family saying that the war that had happened in Iraq could not happen in Syria. ‘Syria is different,’ they said, ‘the Syrian people are calmer. Syria will never go down the same path as Iraq.’ But it did.

After the uprising against the Syrian authoritarian government in 2011, I started seeing the same bird-like objects in the skies. This time I knew what they were and what they meant. I heard the bombs and witnessed the beginning of the destruction of my hometown, Douma. I lost my second home, Syria in middle of 2012. I left the second half of my heart there in a yellow painted Arabic house with three beautiful naughty cats roaming the yard.

My name is Raya, it means the sweet wind. I am in my fourth country of displacement, Norway. I have lived through five wars in my life, and I have lost two homelands, Iraq and Syria. I wake up every day to the sound of hope asking for a warm return to my home lands.