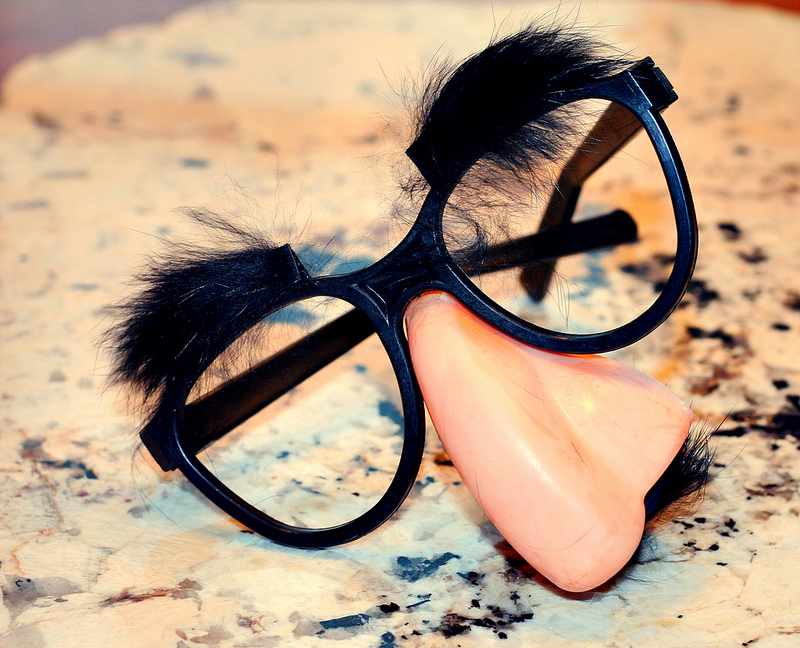 I am not kidding.

According to a new documentary, soon to be shown on Channel 4, this is all that is required to go ‘undercover’ as a Muslim. This reverse ‘White Chicks’ transformation apparently allows an individual to ‘walk in the shoes of someone from a different background and to experience what it is like to be a part of the British Pakistani Muslim community rather than just observe as an outsider’.

Allow me to break something down for you.

Muslims come in all shapes, sizes and colours. A toddler will probably be able to grasp that notion better than some adults. Being a Muslim means you subscribe to a faith: Islam. That faith is not restricted to any race or ethnicity. There are roughly around 1.8 billion Muslims in the world. Here in the glorious United Kingdom, there are again roughly 2.8 million Muslims. According to the 2011 census, the largest group of Muslims are of Pakistani or Bangladeshi heritage. Smaller groups include Turks, Arabs and Africans.

By the way – there are also around 100,000 Muslim converts in the UK, and within this group you will find ‘White British’ folk who are also Muslims. So this individual didn’t even need to black her face nor brown her eyes… she could have just been herself and pretended that she had converted (if you really are insistent on role playing)!

Within the largest group, Muslims of Pakistani origin, there are numerous sub-groups, such as Kashmiris, Balochis, Mirpuris (a sub-group of the Kashmiris), Sindhis, Punjabis, Karachiites etc. These names refer to the region they come from in Pakistan. Within all of these sub-groups there are even more sub-groups. Basically I could subgroup until the cows come home.

So in conclusion, there is no single homogenous Muslim community. There is no single monolithic Pakistani community. Kashmiris who hail from the northern regions of Pakistan can have fair skin, blonde hair and green eyes. We can also have massive noses. I was only blessed with the latter feature. Sindhis, who come from the Southern regions of Pakistan, can have darker complexions and darker eyes.

Back to my original point, being a Muslim is adhering to a faith; how it manifests itself is dependent on a whole host of varying factors (now I sound like I am in a Biology lesson). So your Islam can be determined by where you come from (which is anywhere in the world), by the culture you were brought up in, and your own personal identity and ideology.

Muslim women particularly have long been categorised as a uniform group. We are a fascinating and intriguing species. People love to talk about us, at us, but not to us. We are presented as a collective, when in actual fact we are not. Not all of us wear abayas. Not all of us wear hijab. Not all of us speak words of Arabic.

I understand what this programme was trying to do. I get it. It’s trying to create empathy. But do we really have to put on a costume to empathise with someone? Do we really have to get abuse shouted at us to feel ashamed of our own prejudices? If we do, isn’t this a concerning reflection upon the state of our society?

Why does it take someone to experience negativity to be able to fully empathise with what life really is like for some Muslim women? Why can’t the accounts, narratives and perspectives of Muslim women themselves be taken seriously without someone else having to come and appropriate them?

When I was growing up in the heart of Bradford, surrounded by people from many different communities, all striving to make ends meet, my mother taught me a very valuable lesson. She told me empathy was not innate. I had to learn it. I had to practise it. I had to feel it.

How do you do that? In Punjabi we say, ‘mu band kar kay, ankhain tay kaan kol kay.’ Shut your mouth and open your ears and eyes. The meaning runs deeper than its literal interpretation. When you shut your mouth, you essentially cut off your own words, your own thoughts, and you silence yourself. When you open your eyes and ears, you see the other person, you hear what they hear, you see what they see.

You feel what they feel.

So rather than going through the trouble of all the makeup and props, surely it would have been far better if the individual had gone on a girls night out with Muslim women from across the spectrum.

If we want a more tolerant, open and empathetic society, we can’t all don costumes. Although it would be great to be able to transform myself for one day under the guise of seeking empathy with the indigenous population (I personally would probably get my nose straightened, my forehead lowered and hair thinned…) it wouldn’t work practically.

So remember if you want to empathise with someone: