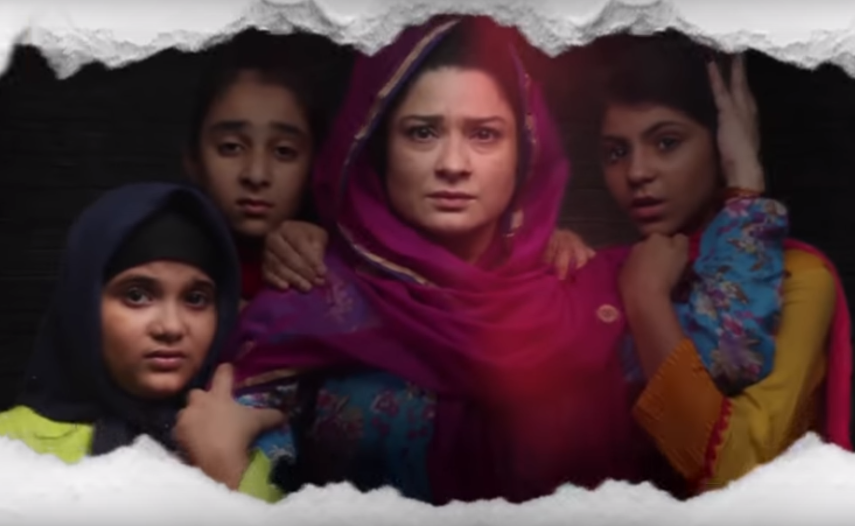 It is well known that one in five women have experienced some kind of sexual assault. It dawned on me all of sudden that although rape is a threat that families and communities use as a justification for the control and domination of women with South Asian communities, they are unable to use the word. Rape. Even though we know how common sexual violence is within society, we are still unable to say the word rape within our communities.

In the Pakistani drama series, Meri Guriya, loosely based on the case of six-year-old Zainab Ansari, they use the term ‘ziyaati’, which literally translates as ‘injustice’. Yes, one could agree, rape is an injustice: but that term doesn’t entirely capture the crime.

In this series, the paedophile that was capturing, raping and killing young girls was painted as a weird and sinister man. The unfortunate truth is that most paedophiles are not like that at all. Child abusers need to be likable to both children and adults. They need to be able to win the trust of adults and get children to engage with them easily. They are usually really nice and easy to get along with. Although this drama was ground-breaking for Pakistan, it was not a realistic portrayal of the perpetrators of these crimes. It painted the perpetrator as we would see him in our minds, rather than as they are in reality.

In Delhi Crimes, a new Netflix series, based on the Delhi bus rape case, the gang rape of a woman was continuously referred to as a ‘heinous crime’, which again, it is. Still, they did not use the word rape. Throughout the eight-part series, only the victim used the word rape. The police continuously called it a ‘heinous crime’. In both India and Pakistan, another phrase that is used for rape in Bollywood and Lollywood is, ‘uski izzat lut gayee’. This literally translates as, ‘her honour has been stolen from her’.

I was perplexed as to why our communities do not have a word for rape, and why are they unable to use the word rape? Rape is an issue that has plagued women since the beginning of time. If we are unable to even say the word, what hope do we realistically have of being able to tackle the issue?

The Delhi rape case, and the rape and murder of six-year-old Zainab Ansariin Pakistan have finally ignited much needed discussions and protests around sexual violence and misogyny in South Asian communities, but the film and drama industries are taking a step backwards by refusing to use the word rape openly or challenge the underlying causes of it.

Film and drama are the easiest way of disseminating information about sexual violence within deeply conservative families and communities. However, if the industry – usually progressive and open about challenging harmful ideas and practices within communities – shies away from using the word or tackling the issue head on, then what hope do we have of changing the ideas and behaviours of the rest of the society?