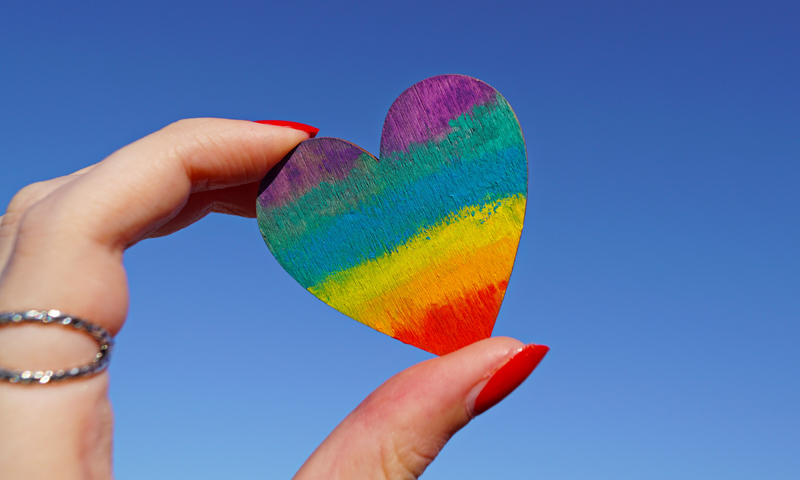 Although today Pride is a celebration of sexuality, in its infancy it was a political movement against the oppression of individuals based on their sexuality: a movement for equality and fair treatment. The first Pride came after the Stonewall Riots – a watershed moment for the LGBT movement. On the 28th June 1969, New York police raided the Stonewall Inn – a well-known gay bar in Manhattan, frequented by LGBT customers. On the night of the raid, the police arrested 13 people. That summer, the police had raided and even closed down several other LGBT establishments. A spontaneous protest begun, lasting a whole three days!

A year after the Stonewall Riots, the first Gay Pride marches took place in New York, San Francisco, Chicago and Los Angeles. Although now, Gay Pride manifest as a party, early Pride marches were provocative and courageous. In Europe and America, things have changed over our lifetimes. Yet homophobia still exists in today’s world, and it exists within Islam and the countries that follow Sharia.

In 15 Islamic countries and territories, homosexuals are still put to death. This is state sanctioned homophobia: something that early Gay Pride movements absolutely understood and protested against.  In such countries, both Muslim and ex-Muslim LGBT are persecuted.

Institutions like the East London Mosque (ELM) promote the Islamist narrative at the expense of LGBT rights amongst others. Over the last 10 years ELM have had ten openly homophobic speakers speak at the mosque, including Yasir Qadhi who defended the death penalty for homosexuality in Islam. While the ELM says it doesn’t allow homophobic speakers on their premises, this is just a PR exercise. They continue to invite homophobic preachers and have never condemned the death penalty for homosexuality in an Islamic state.

The Council of Ex-Muslims of Britain stands in solidarity with all LGBT people and opposes their persecution or marginalisation. Last year we marched at London Pride  to combat hate and to highlight the 14 states under Islamic rule that kill gay men (15 if we were to include ISIS-held territories). We included placards about the East London mosque, to bring attention to the fact that there are mosques here in Britain that promote punishing homosexuality. This isn’t just something happening in a faraway land, to people that are not connected to us: the 2016 Orlando shootings were evidence of that. If you let religious homophobia slide, it will soon affect all of us. Things that affect some of us, eventually impact all of us!

Time and again, CEMB has been accused of being ‘Islamophobic,’ citing our placards that had statements such as, ‘Fuck Islamic homophobia,’ but we are unsure as to what the problem is with this. There is no issue in saying ‘Fuck Christian homophobia’…unless of course you are a fan of the homophobic movements. Overall, all of the organisations which took issue with our positions, statements and placards were invited to attend an open discussion to debate their positions and allow us to explain ours. Not one of them responded!

The fight for LGBT rights in countries under Islamic rule is a key battle for the LGBT movement today. We are marching again on 7 July 2018 and encourage Muslims and ex-Muslims in particular to join us. We are stronger together. We will only succeed together.