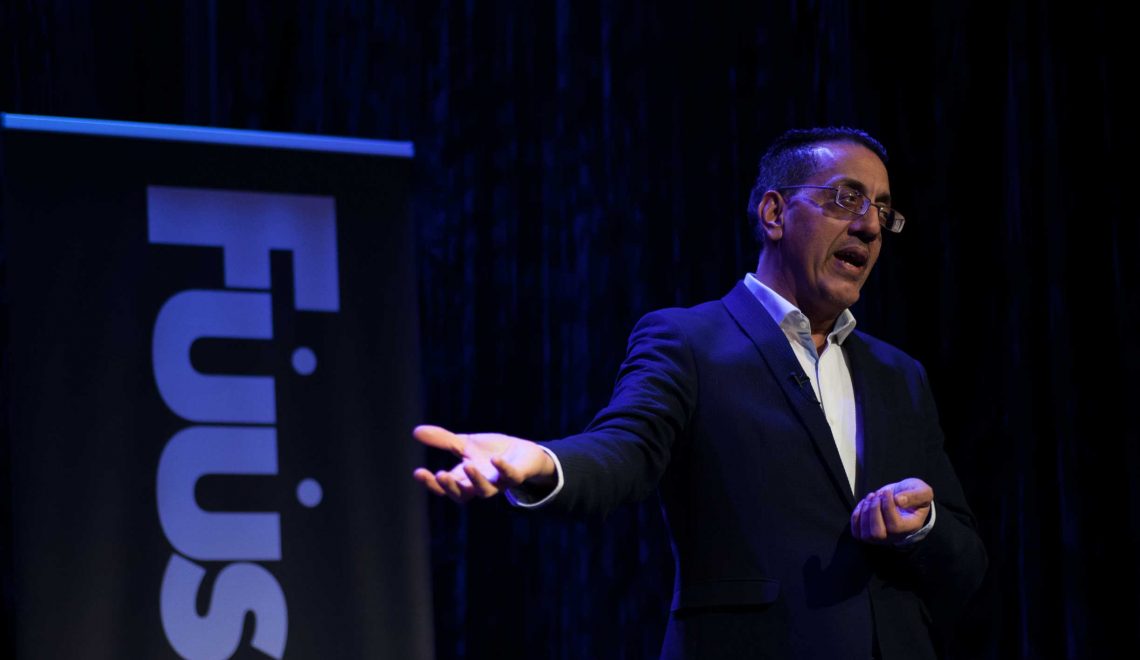 A voice against gender-based violence

This is the second part of a four part interview with Nazir Afzal, former Chief Crown Prosecutor and activist for women and children’s rights.

Afzal is unequivocal in his views about violent crimes against women. ‘There’s no honour in the so-called honour killings.’

He minces no words about forced marriages either. ‘Forced marriage has nothing to do with religion. In Islam, to marry someone forcibly is adultery, which is one of the cardinal sins. There is no religious or cultural basis for this. This comes down again to male power – the patriarchyz male control. Even the women who have been engaged in this or have been involved in these types of crimes, one has to just look at their backstory. They have been manipulated, abused and pushed into it by the men around them. This is what it comes down to. There are male victims no doubt, but when I looked at the male victims and when we did some research 10 years ago, pretty much every single one was murdered because of his relationship with a woman. So again, it was patriarchy at work.’

‘I organised the first ever national so-called honour-based violence and forced marriage conference in December 2004. That was because victims and NGOs approached me to say that nobody was talking about this subject, particularly men. There were other conferences of a similar nature that I was organizing which was very unusual for a government department to be doing at that time and engaging with the public. When it came to so-called honour-based violence and forced marriage, all the NGOs after the conference said to me that I couldn’t just leave them to it.’

Women’s rights campaigners urged him to bring these crimes out of the shadows and into the courtrooms. ‘They said we needed to talk about it more frequently and publicly and it became obvious to me that there was an enormous gap in the way we were dealing with it and we had to do it better and I had the kind of access that others didn’t have. I set up the national working group of the Health Department, Education Department, the Home Office, Foreign Office and other working groups to look at whether the law or the policies required changing. It was the first time ever that we defined so-called honour-based violence and forced marriage. We created the first ever forced marriage union in 2005 and created the first legislation in 2007 for Forced Marriage Protection Act. More recently the forced marriage criminalisation happened in 2014. It was my job in my view to lead that work.’

‘I have prosecuted or supervised prosecution of about hundred so-called honour killings in this country for the last 10 years. According to the US State Department, that makes me the person who prosecuted more than anybody else in the world. And that’s because I understood it and I ensured that the police were trained to do their job and understood it and raised awareness more widely, to challenge other authorities on their performance and to support NGOs in the work they do. Every single case that I have prosecuted is etched in my mind and in my heart because I can’t believe that families wanted to extinguish their children so much for doing something so normal.’

Time and again, traumatic accounts of women’s suffering within his own Pakistani community in the UK has inspired him to ‘give a voice to the voiceless’ and champion the vulnerable.

Afzal was instrumental in getting the Home Office to work with the charity Karma Nirvana to set up the first Asian women’s hotline – a move that has increased the number of Asian women making contact for immediate and informed guidance. ‘That first phone contact is crucial for signposting a woman towards help, as risks can escalate unimaginably,’ Afzal explains. ‘She must be prepared to give up family, home, friendships, city – even her country – as parents and bounty hunters rarely stop tracking down their errant child.’ The US government recognised the success of the initiative and have recently adopted a version with his help.

‘We completely reengineered the way we dealt with these types of crimes. This is where my background and my heritage comes into play. It is easy for me to challenge the people who were committing these crimes and those who were standing by and allowing them to happen. I was able to go into Gurdwaras, temples and mosques and tell them to stop it.’

Afzal explained one of the reasons why he decided to resign from the CPS was the same reason that he stood up throughout his legal career – his focus on the protection of victims. ‘I left prosecution. The reason why after 24 years I decided to do that was because every prosecution is a failure, because somebody has been harmed to get to the stage where I’m now dealing with the offender. I want to work towards prevention. I want to stop it happening in the first place.’

That is precisely the underlying reason why he then took the role of chief executive of the APCC in May 2016. He explained at that time that as the chief executive he had to ensure that every police commissioner in the UK improved their services to all of the communities and the larger community. ‘That ultimately would ensure that victims get a better service and are protected. So that’s my life journey – from prosecuting offenders to preventing it from happening in the first place hopefully. There shouldn’t be any offending if you can get the prevention right.’