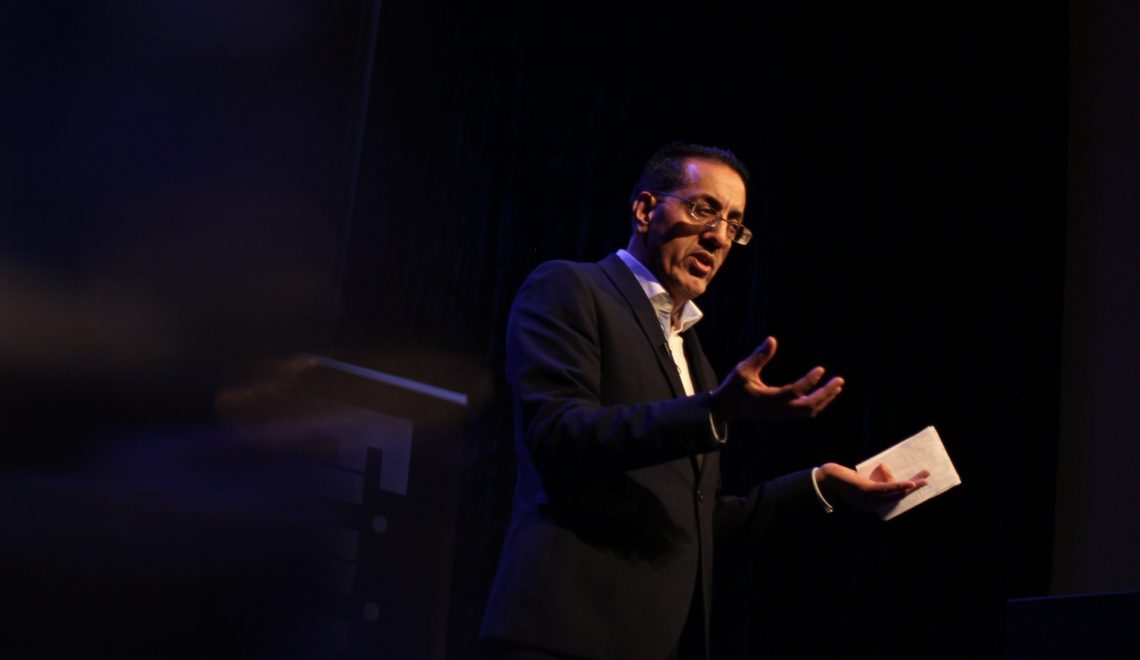 This is the last part of a four part interview with Nazir Afzal, former Chief Crown Prosecutor and activist for women and children’s rights.

‘My personal view is that there is a lack of Muslim leadership in this country. Muslims in this country are young and the majority are under 25, are female and are from low-income backgrounds. All of the Muslim leaders are older men in their 50s. How they can possibly represent the communities they are meant to serve. It is just nonsense. I gave evidence recently to a commission on Islam that was run by Citizens UK. I presented evidence saying that I am concerned that too many Muslims in this country too often view themselves as victims all the time and that they focus on victimhood. This is stopping us from advancing. When I spoke to the Bangladeshi community recently, I said your problem is that 50% of your women don’t get an education after 16 and therefore they have one of the lowest employment rates. How are you going to advance as a community if you don’t allow your women and girls to educate themselves and progress? So the problem is within our community,’ explains Afzal.

Geographical distances have also caused divisions between the wider Muslim community specifically and the community at large, according to Nazir Afzal.

‘There is also a wide gulf between the Muslims living in the South and those living the North of the country,” Mr Afzal points out. ‘All the influential people who live in London have no sense of what it is like outside of London. In London, Muslims come from 52 countries. In the North of England they come from two. In Manchester there is now a large Syrian and Lebanese community. In the North – Yorkshire is a good example – there are mainly Pakistanis and Bengalis and some Indians thrown in. And when it comes to Muslim communities, Pakistanis are the majority. The idea that they are as culturally mixed in the North as down here in London is not the case, unlike here in the South, where the perception is that we’re all Londoners first.’

So the issues we have are that multiculturalism is not embedded and that communities aren’t as mixed as they could be. You could go down the streets in parts of the country and never see a white face. How on earth can that be perceived as being multiculturalism? It’s not multiculturalism, it’s more like monoculturism! You go to some of the schools and 98% are black or Asian. And then the school next door is 98% white. How is that in any way seen as being proper integration?’

Afzal is willing to work with everyone in order to reach a consensus and to come up with practical options within the community to deal with religious extremism. He is also a passionate supporter of Prevent, the government’s community-based counterterrorism strategy for tackling radicalization in general but which has been criticized for targeting Muslims.

‘There’s an industry which is trying to undermine Prevent,’ he says, attributing this to an aversion to state-sponsored programmes, as well as some Islamists concerned that it might impact them. ‘Prevent is simply safeguarding. We ask people to identify victims of child sexual abuse by looking for signs. It’s the same thing for radicalisation. If you’re concerned, share those concerns with somebody and then if they come to fruition we can provide some support. It’s about criminalizing. Prevent has done phenomenally good work. It has stopped hundreds of people from going to Syria, 50 of them children.’

Afzal sees the Prevent programme as being poorly communicated, despite its success. He says it was undermined by myths propagated by Prevent’s opponents. He feels strongly about many of the ‘mainstream’ Muslim leaders who present themselves as spokesmen for the broader community.

‘I’m seriously thinking of sitting down with some of the groups that I don’t like or appreciate, I am referring to some of the people working for CAGE and others, and I’m happy to tell them to list all their grievances. The government didn’t have the courage to say what they should do. And I bet you when I leave the room, they will still have a blank piece of paper and that to my mind is extremely worrying. For example, one of them said, let’s focus on Muslim extremism, but in the same sentence he would report that in Yorkshire more than half of the referrals from Prevent are far-right white nationalists. In East of England, which is Leicester, one third are far-right referrals. We have to remember Prevent isn’t just about the Muslim community, a third of the referrals are far-right.’

‘I remember going into this mosque not long ago in a northern town and they were saying that they were constantly feeling under attack for whatever reason. They wanted me to come and talk to their committee and they gave me a list that was all men. I made a rule a few years ago that I won’t go to any meeting where there are just men. Whatever it is, whether it is a mosque or any other place, the only way you can change behaviour is to include women. So I said to them I’m not coming if there are no women. And one of them said, I’ll bring my wife. He thought it was their way of representing women. That’s the challenge we face. In order for us to tackle this issue, there are bigger issues and I’ve given lectures on radicalization but generally my thought around that is, yes there are issues for the state and the government to deal with but there are big issues for our communities to deal with as well. Every time we attack a government strategy, could you give me what you are proposing to do? And I don’t hear anything. It’s always full of platitudes.’

However, Afzal is able to balance the picture. He has experienced cooperation from the Muslim community as they have helped in singling and pointing out those who pose a threat to the country because of their extremist ideologies. ‘The good news is that so many of the extremists and plotters have been dealt with in this country and prosecutors relied upon Muslim community intelligence. Despite what some of these people are saying, there are good things happening. You don’t hear too much about that in the press.’

When asked last year how positive he felt about the future, his answer was one full of optimism. ‘I’m always optimistic because the more one talks about it the more one does and the more hopeful you are. The capacity of the people to bring about a change has increased along with the challenges.’