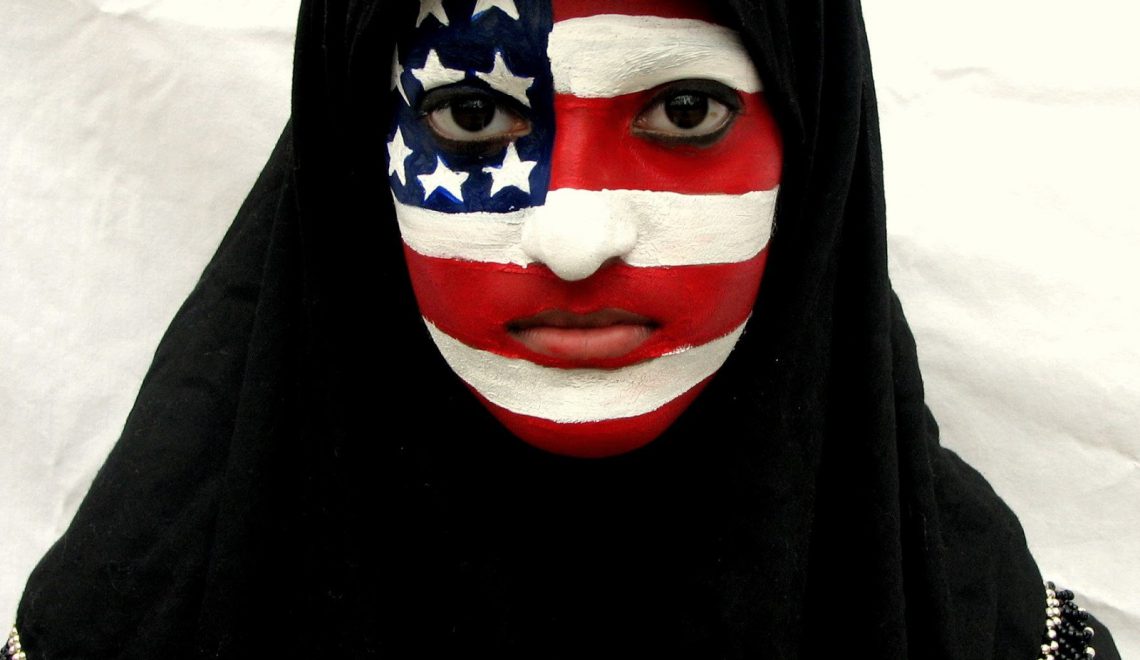 What Muslim women are “allowed”

Donald Trump’s disrespectful attitude towards women is not news. Neither is his anti-Muslim rhetoric, which perpetuates fear amongst the America people. According to research conducted by the Pew Research Centre in February 2016 on associating the religion of Islam with violence, the results showed that 47% Americans did not know a Muslim personally. To keep things in perspective, America is home to approximately 2 million Muslims, constituting about 1% of the total population of 320 plus million Americans.

After the Democratic National Convention where Khizr Khan, father of late American hero Humayun Khan, delivered a speech repudiating Donald Trump’s views on Muslim immigration at the 2016 Democratic National Convention, Trump criticized Ghazala Khan, Humayan’s mother saying ‘Maybe she wasn’t allowed to have anything to say’. In doing so, he not only disrespected a Gold Star family but also denigrated Muslim women worldwide. Muslim women responded to Trump via a hash tag, #DoYouHearUsNow,, where women completely trumped his stereotyping.

Since Trump has clearly no idea about Islam and Muslims, I will present is a short list of women from across nations that could help challenge stereotypes of Muslim women. But first, let’s congratulate our athlete, Ibtihaj Muhammad, for creating history by becoming the first U.S. Muslim woman to have won a medal while wearing a hijab (head scarf) in the Rio Olympics 2016. Ibtihaj Muhammad is also considered by Time as one of the World’s Most Influential Women You Don’t Know Yet. History was also made when the dual honor holder Dalilah Muhammad won a Gold medal at the 400m hurdles Olympic event. Until Dalilah Muhammad, this was the only track event to have never been won before by an American woman.

This history was made while Trump was busy degrading some of the core American values based on which the constitution of America was established: unity, domestic tranquillity, equality, and liberty. Hopefully by now Trump and supporters would’ve read the constitution – especially after our fallen hero Captain Humayun Khan’s father Mr. Khizr Khan challenged Trump to do so.

In addition, this year’s Olympics was a witness to twelve more Muslim women Olympians who represented a total of ten countries including Kosovo, Russia, Azerbaijan, Kazakhstan, Indonesia, Egypt, Iran, Tunisia, and Turkey. For some this was their very first Olympic win. For instance, Majlinda Kelmendi went down in history as the first athlete from Kosovo to win an Olympic medal. So was with Sara Ahmed of Egypt and Kimia Alizadeh Zenoorin` of Iran, who also marked history by becoming the first women from their countries to win an Olympic medal.  The so-called “oppressed” Muslim women represented their countries to compete in athletics, judo, gymnastics, wrestling, weightlifting, fencing, and taekwondo. In short, fourteen Muslim women have earned sixteen medals at the Rio Olympics 2016.

In case of curiosity, here is a list of some more Muslim women who’ve set records at past Olympics. Speaking of sports, I give you two more very celebrated Muslim women athletes. Laila Ali the boxing force from USA who shattered race and gender related stereotypes. Ali still reigns supreme as a female undefeated world champion boxer. Sania Mirza the tennis inspiration from India is a three time grand slam title holder in women’s doubles and mixed Wimbledon and currently is number one in double’s ranking. Mirza is recognized by Time as an icon among The 100 Most Influential People.

Atifete Jahjaga, world’s youngest female head of state, was elected in 2011 by the republic of Kosovo. For a decade before that, Jahjaga served in the police force to rebuild a post-war country. Considering herself a norm and not an exception to the notion of women making decisions, President Jahjaga blogged, ‘women are an inseparable part of the comprehensive progress of any societies, they are agents of peace, of conflict resolution, of state-building processes, and their direct involvement ensures a safer and a more just world for everyone.’

Muslim women’s activism within Muslim states for the advancement of women’s rights and interests is widespread and growing. The youngest-ever Nobel Prize laureate, Pakistan’s Malala Yousafzai was shot for standing up for education. Yousafzai is a children’s education activist and women’s right advocate. A Yemeni journalist, activist, and Nobel Prize winner Tawakkol Karman dedicated a lifetime for non-violent struggle for women’s rights in Yemen.

Not just that, Muslim women are:

It hits home to me when Trump insults a woman from a Gold Star family for her religion because I myself belong to a military family and proudly serve in the United States Military, as a Combat Medic. That’s just a glimpse of what Muslim women are capable of!

Given the presence of fearful attitude towards Muslims, reluctance to strive for an egalitarian society is a natural reaction. However, it’s the time to develop real personal human relationships and commit together for a better tomorrow. We all can be safeguarded from the violence that threaten our liberties. It’s time to build more stronger-bridges, unite in diversity, and continue on with the practice of positive change.

Saleha Jabeen is a multi-lingual theologian, social justice advocate, and interfaith professional. She is currently serving in the U.S. Army Reserve as a Healthcare Specialist and aspires to be a Licensed Clinical Professional Counselor, eventually proceeding to practice as a Psychologist.