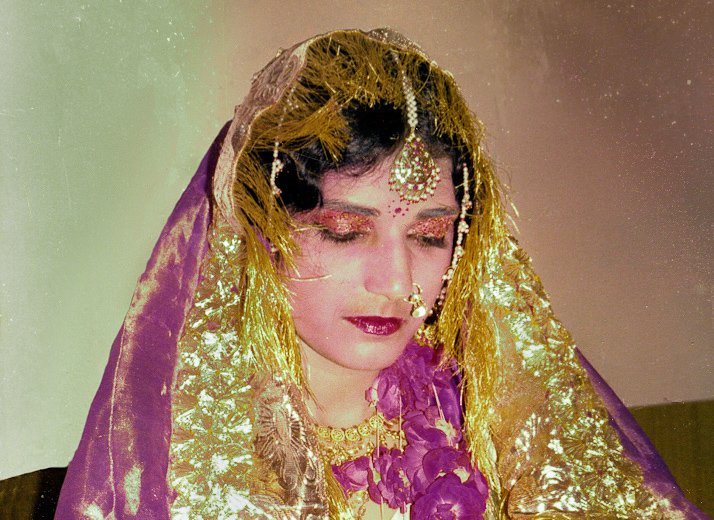 Whilst everyone was wishing her Happy Birthday, I suddenly realised that she was a married woman. She had just turned 18 but had been married off at the age of 16 to a guy who was over 35.

My family found time to marry my cousin Shabi (not her real name) off during her summer holidays when she was off from school. She was engaged at the age of 13 to her cousin.

She had recently completed her grade 10. She got the best marks. She is the youngest of all of her siblings. Not all of them are married. When all her family, including her brothers and other cousins, looked forward to their holidays, and spent time with their parents, she was planning to go the village where her in-laws’ house was, whilst her husband was away working in Dubai.

I mostly avoid situations which make me emotional and would hurt the feelings of others. But I could not stop myself. This was the second time a child had been married off to a much older man in my family. Another first cousin of mine was married at the age of about 13 to a guy over the age of 30 a few years before. I haven’t spoken to her since. Her husband openly shames her for being an ‘idiot’ who knows nothing, who does not know how to manage the house.

His sisters are way older than my 13-year old cousin but when she got married, she had to get up at 5 or 6 am to make breakfast for the whole household. Chores are quintessentially expected from a daughter-in-law, regardless of her age or experience. In a typical Pakistani family, once a woman is married, she is expected to be perfect in every department. When she cried and asked everyone to pray for her life to get better, her husband stopped her from visiting her parents and other members of the extended family for a long time.

Shabi told me, ‘Khalaji I begged my parents not to do this to me. I would cry every night, and get up in the middle of the night and pray that this engagement was somehow cancelled. Because my only dream is to become a doctor, and I know I could do it.’

She was pressurised. Her mother cried that if she refused to marry the cousin they had chosen for her, her brother would get upset, and her family would be broken. I personally went to my parents and asked them to speak out, as I found it completely absurd and unjustifiable. They just said, stay away from family matters, ‘he’s a good guy and he will keep her happy’.

But she is too young for him, I screamed. I phoned her mother to protest. She got my point but said there was nothing much she could do. I cried.

Shabi told me, ‘I did not know how to have sex; on my wedding night I was on my period, so nothing happened, but I was so scared Khalaji, I had no idea what people do. I was sweating, my heart was out of control. But my husband calmed me down and told me to just sleep.’

‘So no one told you what to expect on the wedding night?’ I asked. ‘No, I was trembling, shaking, I never imagined that he would be my husband one day because I grew up in his arms. He was like my older brother.’

It took Shabi months to get used to calling him by his name because all of us, including her would call him ‘Lalajee’ (big brother). ‘I was too ashamed to call him by his name. But he was now my husband, not brother.’

‘He is so nice, he explained to me everything, and would stop when I was hurting; he did not hurt me, but the pain was unimaginable. I hated the whole process, and I still do. But at the same time, I did not want to upset him. I do wish someone had warned me a little.’ In almost all Pakistani/Muslim families, we never talk about sex, and when a girl is getting married, she’s just told, ‘don’t scream loud’ leaving the rest to her imagination.

She said her husband understands her: ‘he looks-after me and sends me money and gifts. He is very caring and she likes the fact that he’s a bit older. But she told me, ‘if he was a bit younger, then we would have planned for kids mutually. I am not ready for kids now but his mother expects me to get pregnant and he would want that too.’

‘I know I can’t become a doctor now (despite achieving perfect marks in her matriculation exams a few weeks ago) and I have to fulfil my duties as a wife and daughter in law.
Maybe this was in my naseeb (fate). But I would never ever wish another child to go through the pain I went through. Not just the psychological pain, but the physical pain too.’

At the age of nearly 25, when my marriage is discussed in the house, I feel uncomfortable. I feel like someone is taking my freedom away. Marriage is a huge responsibility that I do not feel ready for, but unfortunately some girls don’t have the ability to refuse it.