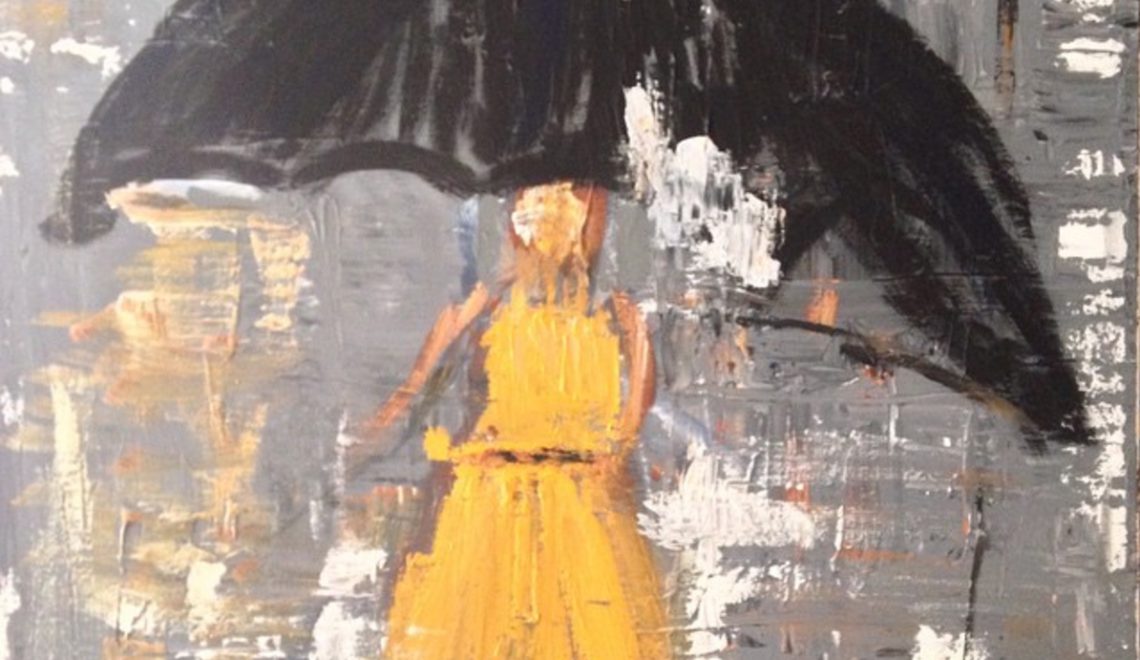 The highs and lows of bipolar 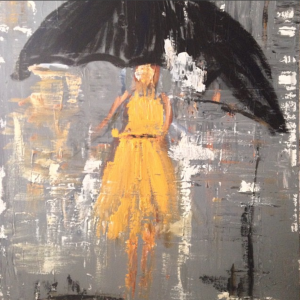 My name is Sana. I am 31 years old, mother to a little baby girl, and wife to a major techie. I’m also a writer, journalist and artist. As much as I dislike the usage of labels, you can add another one: I am bipolar.

I was diagnosed seven years ago this month. A very sombre young doctor informed me that I was (am) bipolar at the Centre for Addiction and Mental Health (CAMH).

I accepted that diagnosis; as best as I could at the time as I was in my manic state. I was hospitalized for two weeks after that designation, and placed on anti-psychotic drugs in order to be brought down from my manic high. Ladies and gentlemen, this was the beginning of my bipolarity at 24 years of age. Bipolarity is a condition that affects 1% of Canadians, and millions more around the globe.

I don’t exactly know at which point I decided to become vocal about my journey. I do know that I wanted to prove people wrong. I had felt forced to hide my bipolarity because of their judgements, especially during my manic phase when I exhibited extremely uninhibited behaviours.

I could compare being manic to an extremely elated person, high on a cocktail of drugs. But packed into that ‘high’ are raw emotions. Interactions with the world (and ultimately oneself) can be characterised by irritability and spontaneity.  There’s the potential for all hell to break loose, to put it mildly.

My behaviours during mania have made people feel uncomfortable, uneasy, and concerned. I suppose that I’m lucky to have caring family and friends, who noticed something had gone wrong and who eventually intervened about one month into my mania. Leading up to the mania, and during the episode itself, I hardly slept, ate very little, and had intense racing thoughts. I felt larger-than-life, grandiose — feelings typical of mania. It was during this phase when a good friend, who was studying fine art, advised me to give painting a shot. I dabbled, and really enjoyed it. It was therapeutic. It gave me a chance to just be. I’ve had two successful exhibits since then. My first art show was dedicated to mental health. Proceeds from the show went to fund research at CAMH. I’ve tried hard to block out certain things linked to my manic phases of bipolar. But they’re there, quietly tucked away in the back of my mind. I haven’t forgotten. I’ve been very harsh on myself. At times, I’ve felt unable to forgive myself. But I’ve come a long way since. I’ve become more nurturing to myself.

Bipolar comprises of two strands, as is implied in the term bi — meaning two, and polar, as in opposites. My depression came about six months before the mania set in. While I was in a depressed state, I didn’t realise I was depressed. No one else caught on: no friends and no family members really noticed, or at least not enough to act upon it. But my depression came and went. I stabilized for a few months, and then hit the manic stage. Since then, my bipolar has been treated — primarily through medicine, some psychotherapy, and last but not least, the consistent support from family and friends. It took about one year since the onset of my manic phase for me to finally become, what’s considered, ‘normal.’ This disorder is thoroughly common, and quite manageable if treated.

It’s important these manic traits of mine are discussed. Those people called me ‘crazy’ didn’t know any better. They didn’t know what mania, or depression or bipolar was. Being bipolar can’t possibly be dubbed ‘abnormal’, since it’s normal to me. There’s a general hesitation to openly discuss mental health, due to the huge amounts of shame and stigma attached to these issues, a tendency to brush them under the rug. This, by the way, is a global phenomenon but it’s worse in countries like Pakistan, where I was born. As someone who discusses mental health and more specifically, my own mental health, I’m definitely the anomaly in my family.

The sad thing is that mood disorders tend to run in families. If people were more vocal about their own experiences then disorders could be identified at an earlier stage – and this could save lives. Findings at CAMH reveal that nearly 4,000 people in Canada commit suicide stemming from mental illnesses like bipolar and depression. But most importantly, it’s only through educating ourselves that we can realize how to help one another.

So, next time, when you see someone being ‘weird,’ or out ‘out of the norm,’ or even ‘crazy,’ remind yourself of this article. Remember: only those who don’t understand mental illness fear it.

Everyone’s experience with their disorder is different, much like how we, as individuals, are so unique. I no longer want to be ashamed of being bipolar. I don’t want to live a secret life. Being bipolar is like having any other illness, such as diabetes, and people with bipolar disorder often go on to achieve great things. The condition just has to be managed. I say manage, rather than coped with. Bipolarity is not a curse. I’m not suffering all the time. I am myself, and I’ve come to accept that my bipolarity is a part of who I am.

And here I am today, seven years later, with a diagnosis, a management system, a little daughter, a doting husband, loving family and friends, and understanding bosses. In my opinion, it’s clear that my ability to be frank, open and honest is, in a very small way, normalizing discussion on bipolar. Clearly, there’s a lot more to accomplish. I’ve realized many lessons about myself since that summer day in at the height of mania. Being bipolar isn’t just a phase. It’s here to stay with me for the rest of my life, and I’m absolutely okay with that. Talking about mental health issues can get you in trouble in some places and with some people. This is exactly what I am fighting against. And I hope that I, along with each of you, can help to spread the word.