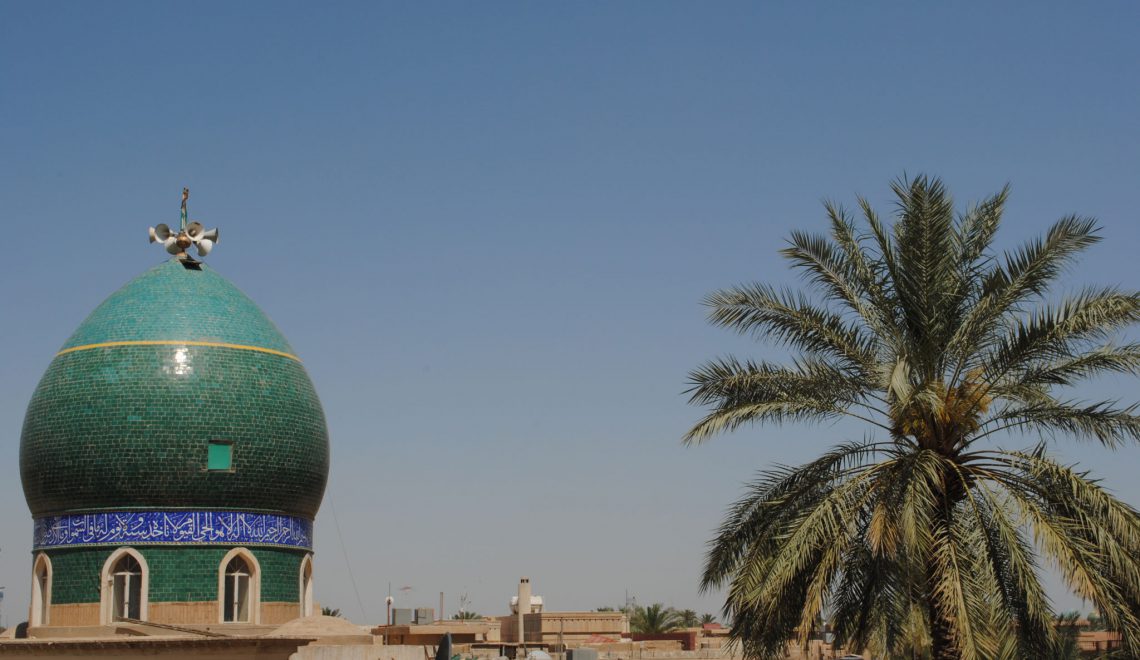 Photo by Sajad232 via Morguefile.com
Opinions

Today I made the uncomfortable decision to cancel a work trip to Germany. I was invited as a member of the UN Volunteers Experts Group to help plan the global report on Volunteerism. I was looking forward to going and sharing the stories of the brilliant work of my colleagues – like Mossarat Qadeem and Fatima Firdaws who encourage volunteerism in their communities and so many others, as well as to share ideas of what our next generation could do to help build social cohesion within our fragmented countries. But the uncertainty of the status of the Executive Order has made me concerned. I have visas from so many fabulous countries, including three on the list, that I wondered what they’d do to me at the border on my return. The risk was not just for me, it was for my daughters. When they were born, I promised myself to protect them from politics. I have failed, but I refuse to let the world’s ugly extremities wreak havoc on their lives.

I set myself one last point of reference: to seek advice from my government’s representative in the US. So I called the UK embassy in DC and a very efficient lady in the consular section crisply told me to check the ‘website’. I explained the uniqueness of my situation – Iranian/British with a travel history that includes Somalia, Iraq, Iran. I figured it best not to mention Afghanistan, Pakistan, Kenya, Nigeria, and most suspect of all…Norway! Clearly going rogue, if even their former PM is pulled aside and interrogated by the highly professional, never ideological or ignorant immigration officers.

The consular lady was cucumber cool as she said (I quote)

’IF you are detained, WHEN you are released, you can call us, and we will make a notation…If you are arrested you can call the emergency line.”

No help prior to detention, even with the risk of deportation. No offer to take down my name and say they’d be happy to receive a text from me on landing so that I feel that somehow that they care and know, even if they are forbidden to act. Only a reference to the US Customs and Border Protection site where there is nothing. No suggestion of immigration law firms that they’d recommend. Nothing. As if business was as usual. Crisp, bland, professional, so deeply inhuman, and perversely reassuring – telling me that I am on my own.

So what now? Well I’m bunkering down for now. It feels like we’re stuck in a horrific, tacky reality TV show – ’He’s a dictator, get me out of here.’ A new episode every day full of drama and melodrama, backstabbing, surprises, fake situations and all the rest. The real horror is that you want to change the channel but it is everywhere all the time, like back in the USSR where there were lots of radio stations to choose from, but the program was always the same.

I will continue my work, and still muse about our strategy and vision – thank you for sharing your thoughts, and I will continue to plan my travel even if imaginary. Because it occurred to me today, that the countries on the ban deserve to be called ’The Magnificent Seven”. They are each so unique. Somalia has the most magnificent coastline on the Indian Ocean. Thanks to the pirates it has revived its tuna population along its coastline (bet you didn’t know that). I would love to dive the island up north. Yemen – I wish I’d travelled there to see the stunning architecture of Sanaa and wander around with the lovely Rasha Jarhum. As for Syria, who wouldn’t want to see Aleppo, Palmyra and Damascus and to visit my friends’ homes, if they can return one day. The most ancient of cities, the most diverse societies, the rich history of art and culture. Then there is Iraq, the cradle of civilization – Baghdad, Karbala, Basra and the marshes down south – not to mention the best hairdresser in Iran, I could go on and on about, but we all know of its poetry, food, mountains, deserts and Isfahan. Then there is Sudan. I’ve been wanting to visit ever since my friend Maha Muna fell in love with Khartoum so many years ago, and finally, Libya – home of Razan Naiem Almoghrabi and Intissar Rajabany. They all have one thing in common: they are the most extraordinary people who have proven their humanity and decency in the very worst of times. So tonight from the country that voted in a President that wants to sell off the beauty of his own country acre by acre, destroy and denigrate the world, I raise a glass to the magnificent people of the Magnificent Seven. I will visit you all one day – who wants to come?