Day 50 in the age of extremism – and it goes on. We look for moments of light and hope. We also create them, and remind ourselves of the goodness that does exist. Tomorrow in New York as the Commission on the Status of Women commences, so much of what is good in the world will be at the UN. Women from all over the world, who care and dare. They should be on our TV screens 24/7. 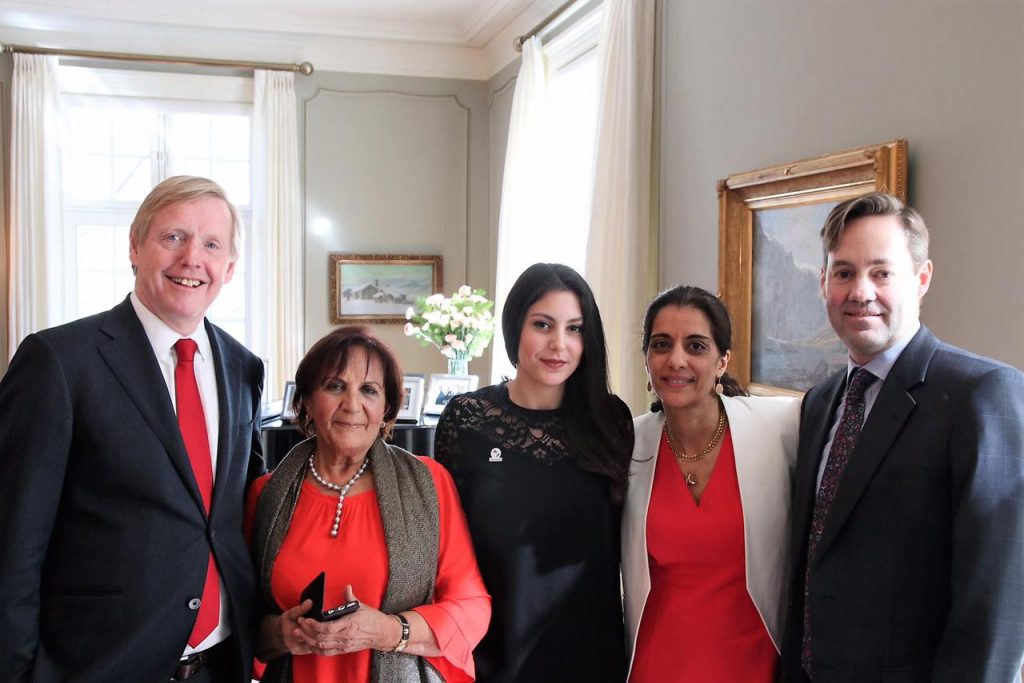 On International Women’s Day, I attended a gracious lunch hosted by the Norwegian Embassy in Washington. We went in our various shades of red protest with the Ambassador joining in. We had an incredible moment listening to Khedija Arfaoui our colleague and friend, who spoke with such eloquence and emotion about her son and daughter in law, who ‘went to Istanbul to celebrate the New Year, but came home in coffins.’ Khedija, a leading advocate against the death penalty, and a diehard secular feminist, stands by her beliefs saying that ‘only God should determine when we live and die.’

She made me wonder, how many of us could have the courage of our convictions, in the face of unfathomable pain?

Herein lies the paradox which extremists, or those who adhere blindly to one ideology of any shade or ilk, cannot fathom: those of us in the middle – the extreme moderates, the radical pluralists – embrace and love the notion of living with complexity. We may not be believers or practisers of any religion, but we may have faith in God; we may pray the prayers of every faith, light candles in the cathedrals in the memory of good Muslims, sing Hava Nagila because it’s a fine song, and look for the humanity in everyone – even those who are hell bent on destroying us. If extremists live in the world of stark blacks and whites, we live in the world of a myriad shades and textures of colour. As my wonderful cousin/aunt – another diehard secularist says ‘If God wanted the world to be dressed in black he would’ve created black flowers, and trees.’

Alongside Khedija, we also heard from Abeer Pamuk – born and raised in Aleppo – so young, so very, very young, and yet so experienced in the horrors that mankind can do to itself and the world around it. At 24 years of age, she has seen starving children and bombed out cities, she has taken her exams in a windowless building, she has seen friends die on both sides of the war, and witnessed in horror as her hometown was split in two in the minds of the media and distant politicians. But she has also savoured and nurtured her humanity. Slim as a waif, so fragile looking, and yet she has faced the fighters of Al Nusra, and had the courage to challenge them ̶  by seeking their humanity. ‘I know these guys, they were my classmates. They had dreams of being doctors and artists, but now they think they are fighters for Syria. I tell them Syria doesn’t need you to fight for it with weapons, she needs you to build and save and protect.’

Radical, resistant and extreme in their beliefs: that the world truly can be a better place, if only we dare to imagine and speak out. ‘Peace has to be louder’ said Abeer. Yes indeed. So tonight: a salute to my extraordinary colleagues, and a salute to the women coming to the UN. They are the world’s security councils – if only we would let them be.