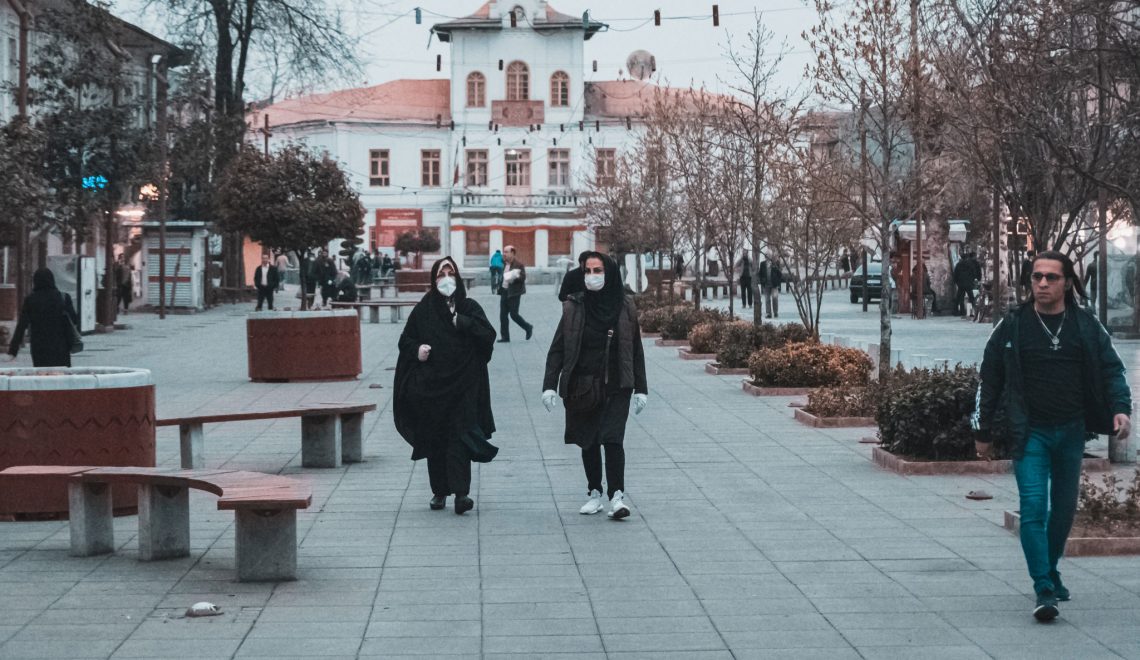 It’s the uncertainty that makes this hard. If we knew we had a week, a month, or three and that then life would be back to normal, we’d be able to manage better. It would be like a mini-hiatus from daily life, a chance to get to the stockpile of things on the back burner that never get done. But we just don’t know how long it will last. In the aftermath, normality may be something beyond our imagination now.

Three things have struck me in recent days.

Firstly, political leadership matters: We’ve become inured to the idea that politics and politicians matter for so long. Private sector leaders, captains of the tech world and celebrities – even those with no talent other than self-promotion – have been the movers and the shakers. So much so that world leaders want to bask in their glory. But this crisis is a cold and shocking reminder that they do matter. We have seen how Trump and Boris together have fuelled the potential for unfathomable disaster.

Then we take a look through the looking glass and see how the other half are managing. In countries where women are leading – Norway, Iceland, Finland, Germany, New Zealand and Colombia, where the kick-ass mayor of Bogota has taken charge – there have been preventive, proactive and compassionate measures put in place. Norway’s Erna Solberg even held a press conference just for kids.  Mayor Claudia Lopez instituted the lockdown in Colombia after just a handful of cases were mentioned. Now, she’s widened bicycle paths to get people peddling. In one stroke, she’s eased crowding on public busses and reduced pollution that causes respiratory illnesses which make people prone to more chronic versions of the disease. Smart caring leaders – if only we had them.

Secondly, public service. I’m a proud generation X-er. The ‘Sandwich Generation’ caught between boomers and millennials. We grew up in the post politically ideological world. But we are the first generation to live and breathe blind faith in markets and capitalism and privatization. Some of us withstood the pull of the greenback to enter public service, whether as medics or as government employees or as development and peacebuilding practitioners. We are either invisible in mainstream culture or berated for being bureaucrats and social justice warriors. But as corona spreads its tentacles in our midst, we see the curtain being pulled back on the shine and sheen of the private sector and its uber-wealthy demigods. One after another they are stumbling off their pedestals, and joining the walk of shame.

There’s Jeff Bezos, who’s worth $111.7 billion thanks to our addiction to Amazon. Yet his company doesn’t want to cover sick day pay for his temporary and part-time workers. In fact they’re asking us – the public – to pitch in a penny and pound to tide the drivers and the warehouse workers over. Amazon itself is giving just $25M to the cause. Do the math: that’s just 0.02% of those billions Jeff has accrued. He’s not alone. At Goldman Sachs, the CEO got a nice pay hike to an annual $27.5 million. At Hobby Lobby, David Green, who is worth $4.6 billion, wrote to his staff to pray to God and tighten their belts. His hourly staff don’t get sick days covered. As for Harvard, that bastion of education for our next generation of leaders, the news is bleak. Despite their $40 billion endowment the university leaders don’t want to pay the subcontractors who staff their dining halls. At this rate these people, and others like them, should emerge from this crisis being reviled.

Meanwhile, our nurses and doctors, our teachers and our trash collectors, the grocery store attendants and care-givers in elderly homes – they are turning out to be the heroes hidden in our midst. It is the small business owners who are the true leaders and entrepreneurs. I know the best baker in DC. His focus is on paying his workers’ salaries and helping out the needy, somehow, anyhow – even if it means bartering his best breads in exchange for food packages. While expertise in science was downgraded for a while, we now hang our hopes on Dr. Fauci as the only sane and sage man left upon the Trump stage.

After 9/11, we saw a generation of young people flow into the military and become fodder for the forever wars, that may have been forgotten but are still being fought. I hope that after Corona we see a surge in public service, and a turn away from the excesses of the private corporations and individual greed that has so dominated our societies for decades.

Finally, let’s talk about citizenship – advanced citizenship. Oh, where is it? For so long the message outwards has been about individual rights: rights to freedom and wealth, expression and action. But these rights can only exist if we exercise them responsibly. This, combined with Kardashianization of our cultures – where personal, immediate pleasure is all that matters, is going to kill us. Literally. In our thousands.

We can blame the millennials and college kids in Florida who are ignoring the warnings about social distancing because they figure they’ll live through it. But it’s not just them. The elderly – the ones most prone to chronic sickness – are just as laissez faire, because their attitude seems to be ‘we have to die of something, so let it be this.’ The in-betweens, meanwhile, seem to think they’re doing their bit – but then they get in their cars and travel the length of Iran, or head to Hampstead Heath in London or go for picnics in Turkey and crowd around the cherry blossoms in DC, they too, are being petulant, entitled and selfish.

In the absence of decent leadership, or in the face of downright bad leadership, we have to take on the responsibilities that our right of citizenship confers on us. At a minimum, this means being mindful of each other. Social distancing is one aspect. The other is tamping down the xenophobia. Corona is not the ‘Chinese virus’ as Trump says. It is not a Jewish conspiracy as the White Supremacists claim. It is not spread by the Bahai’is as Iranian commentators claim. It is not an Iranian bioweapon as US commentators claim. And the Muslims in India who are fighting for their rights are not venomous and villainous for doing so as Corona spreads. In the post-pandemic world, I hope we see mandatory citizenship classes in every country so that future generations enjoy their rights and experience the fulfilment that comes with being responsible towards others.

For now we have a choice: we can either unite and stand together as humanity (6 feet apart) and deal with this or we can divide and huddle together, and let it devastate us.