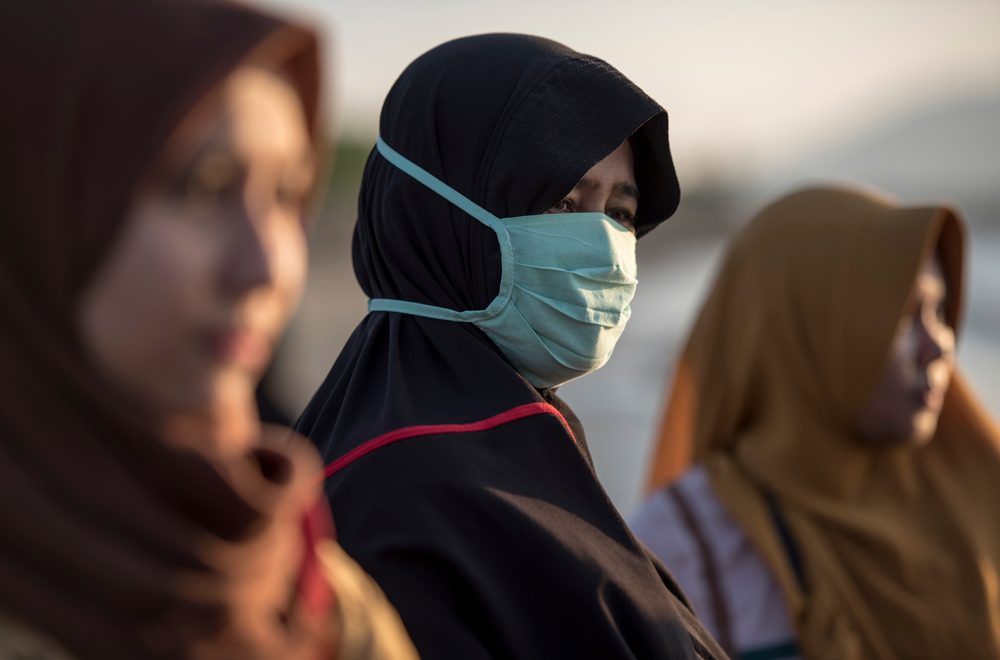 The past few days, my WhatsApp group has been filled with news about COVID-19. People are apparently choosing to ignore public announcements warning them to stay at home by choosing to attend a mass gathering instead. One of these was the Ijtema Asia that was going to be held in Gowa, South Sulawesi. Muslim pilgrims are gathering from across the world.

Initially, the organisers refused to cancel the event as recommended by the authorities, but finally gave way. Nevertheless, participants still came from across Asia, from places such as Thailand, Saudi Arabia, India and the Philippines. The Indonesian government took no measures to stop foreign travellers from entering the country. Tablighi Jama’at, which was responsible for this event, had also organised a similar event in Malaysia which went on to cause 790 infections which were traced back to the meeting, which took place at a mosque complex on the outskirts of Kuala Lumpur. Since then, Indonesians who attended the event in Malaysia have further spread the virus.

Even though they agreed to cancel the events, social media is filled with statements that dismiss the impact of the virus, such as ‘We are not afraid of illness, we are afraid of God.’ What baffled me the most is that previously the Indonesian government released a statement from clerics stating that because of their prayers, Indonesia was free from coronavirus. The health minister of Indonesia even stated that prayers from the clerics could help us end coronavirus. The intervention of religion in health matters is a cheap way to divert attention from an urgent issue that is affecting millions of lives in Indonesia.

I grew up in a Muslim household. I have always understood that if you want something, believing in God and prayer alone won’t get you anywhere. God will not bless you if you do not make an effort. In this case, social distancing, isolating and quarantining yourself are the extra measures we need to take as an effort to keep ourselves and those around us healthy. Yes, it is good to pray, to stay optimistic and have high hopes – but it is also important to take extra measures in times like this.

Obviously, these religious people seek heaven by praying to God, so why don’t they have the same mind-set when it comes to keeping themselves healthy? God would only help those who make an effort help themselves. In Indonesia, we have a saying that we need to do Ikhtiar – which means endeavour or initiative – to achieve what we want. Prayer is not enough.

In the meantime, Indonesia invested 72 billion Indonesian rupiah to invite foreign influencers to Indonesia in February. Now, the Indonesian health system is facing a huge impact because of their negligence, and their lack of responses to mitigate the spread of the virus.

Public figures should push the importance of social distancing and isolation as strategies to contain the virus instead. If need be, religious figures must issue religious rulings, using fatwa and fiqh relevant to the current situation. Public mass gatherings and congregations should be cancelled and postponed.

Moreover, in times like this we need solidarity. In the Indonesian context it is impossible to mount a complete lockdown since there are a lot of people that depend on their small businesses to sustain their livelihoods. We need to start buying from local vendors and supporting their businesses.

Using religious clerics as shields to fend off the virus exposes the Indonesian government’s incompetence and lack of preparedness. As the disease spreads, the public will eventually turn to chaos. The government’s negligence leaves us, as citizens, to work mitigating this issue even though it is their duty to contain the virus and mitigate the crisis rather than focussing on inviting foreign visitors to come into the country and chasing investors. We need to be critical, and push for the government to take this issue seriously.

There isn’t any clear action on what the government is currently doing to manage the public health crisis. Hospitals are still charging people for COVID-19 tests, which can cost up to $50 per person. Indonesia isn’t ready. Neither are many other countries which have chosen to deny and ignore this global pandemic.