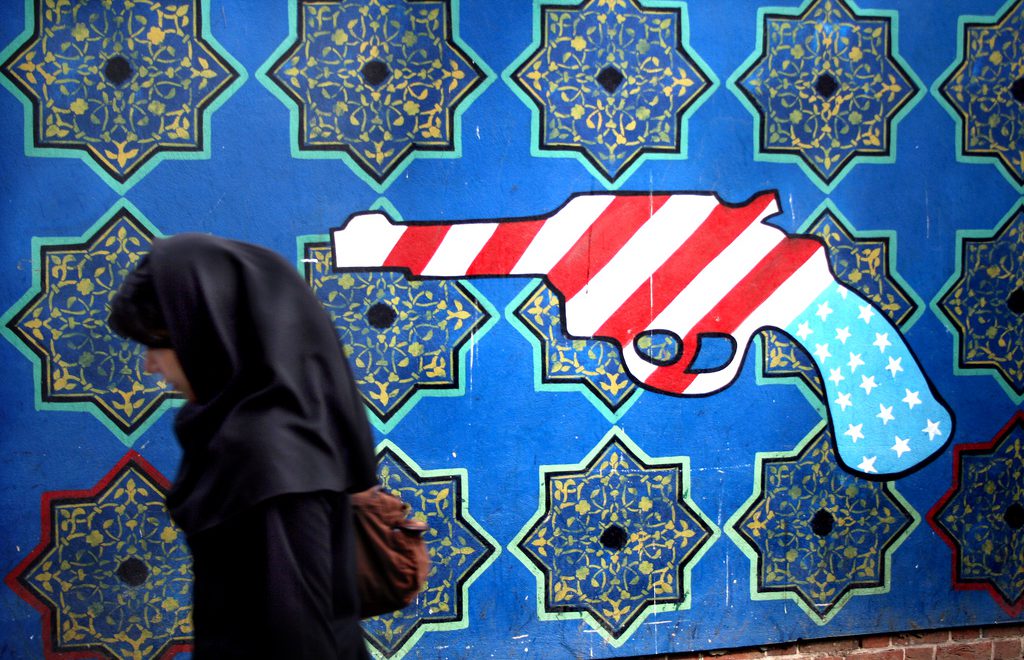 Irony, satire, and even political slapstick are facing extinction. Everyday an item that should be a headline in the Onion is a New York Times lede. It’s hard to keep up with either the domestic or foreign news. On the domestic front, the president seems to see a little of himself in everyone. Why else would he call the former head of the FBI ‘a nut job’?

Meanwhile, on the foreign front, we veer between slack-jawed moments of awe, and excruciating instances of baited breath. Last time I wrote, we were waiting to see if the French would save the EU. Thank dieu they pulled through. This time, I write just two days after a major Middle Eastern country held peaceful elections, in which 75% of the population participated: 75% of the young and old, men and women, rich and poor, urban and rural, domestic and diaspora, including ethnic and almost all religious minorities (here I bow in shame to my Baha’i compatriots who have been so persecuted in recent months).

They voted, because as a nation they have chosen the path of political evolution over that of revolution; of non-violent change over violence and chaos; of inclusivity over exclusivity. And the moderates won, with a Macron-style landslide. They won the presidency, and the city councils across the nation. In Mashad, which is the seat of conservatism and home of one of the key hard-line contenders, a woman, running on a platform to end ‘masculine/patriarchal’ politics, won a seat in the city council. In a city where grey bearded men banned music, the young and unbearded danced the night away on the streets.

On Friday May 19, 2017, in this country that 38 years ago had a population of 36 million, and which imploded with a revolution that led to the creation of a theocratic republic , some 41.5 million people went to the polls. The majority demanded more republic, and less hard-line theocracy. In a world, and a time, where extremism is running rough-shod into mainstream society, this ancient nation has chosen the path of extreme, radical moderation. It is good news of the type the world should celebrate.

Certainly in America that bombed and occupied Iraq and Afghanistan and the world over, you’d think they’d tip their hats and send a message of congratulations, or perhaps plan a visit. But no, nyet, and la.

Instead, No. 45 and his coterie went to another country in the Middle East, a country named after its founding autocrat, in order to sell them more bombs to drop on the impoverished country next door. They inaugurated the Global Center for Combatting Extremist Ideology in the Global epicentre of Extremist Ideology (in one stroke decapitating political irony and satire). The Secretary of State stood on a podium and called for human rights in Iran, alongside the Saudi Minister of something or other – in the country that publicly beheads dissidents (killing political slapstick forever). They also anointed a new alliance of Arab states – in terms of good fighting evil. They insist on calling it the Arab NATO, but it is a misnomer of an epic variety: NATO was a defensive alliance. This collection of thugs and autocrats are being drummed up to fight that other country, the one with the elections: Iran.

Meanwhile, in the country where those elections took place, is the story done? Have the good guys won? No. We have a thousand and one nights and more still to go. But, pause for an instant and think of this: Democracy – true democracy – requires the institutions that nurture and uphold democratic principles, norms, practices, rules and values. But to have those institutions, we need a critical mass of people who demand and foster them. The US has long promoted democracy in countries far away, primarily through technocratic means: helping to establish political parties and running elections. But if the mind-set of citizenship is not fostered as well, if people themselves do not believe they have a right to influence power and demand accountability, then although elections may take place, they can only be skin-deep. Political parties end up being window dressing for pre-existing ethnic, sectarian or other identity-based divisions: think of Iraq, Afghanistan, or many other countries.

In the country where the elections just took place, the problem is the reverse. The institutions of government are inherently undemocratic. Yet, while most people would have little chance of ever passing the vetting procedures to run for the presidency, the debate, the issues raised, and the depth of discourse among those who did run, were all profoundly open. Why? Because the public demands it, and therefore politicians have to respond to those demands in order to win support.

Will this change the balance and division of power and responsibility overnight? No: there is much work to be done. Will it change the country’s foreign policy? We don’t know, but the moderate vote also demands international engagement and peace. This is an opportunity for robust diplomacy. Syrians especially deserve to have the world engage with Iran, if it can end the devastating bloodshed.

So, do the voices and ballots of 41.5 million people matter? Yes, they do. Profoundly. The people of Iran have chosen the ballot box as their pathway to shaping the future. They’ve paid a heavy price so far, and they will continue to do so. The world must not diminish them. It should be learning from them – especially from Iran’s women who have led the charge for non-violent socio-political transformation for 38 long years – and counting.

This is the grassroots democratic mind-set in action. It is like literacy: once you have that mindset, no one can take it away. This, more than anything, frightens the Saudis. And this, more than anything, should be a reason for the US to take a neutral stance between these rival regimes. We get it: the US Iran frenemy story still needs work.

The Saudis have colonized mainstream moderate Sunnism with their fringe extreme Wahabbism. Curtseying to their king, and taking their money in exchange for weapons to kill the weak, and as blood money to ‘empower women’ when they’ve led the charge for the subjugation of women, is a betrayal of everything great about America.