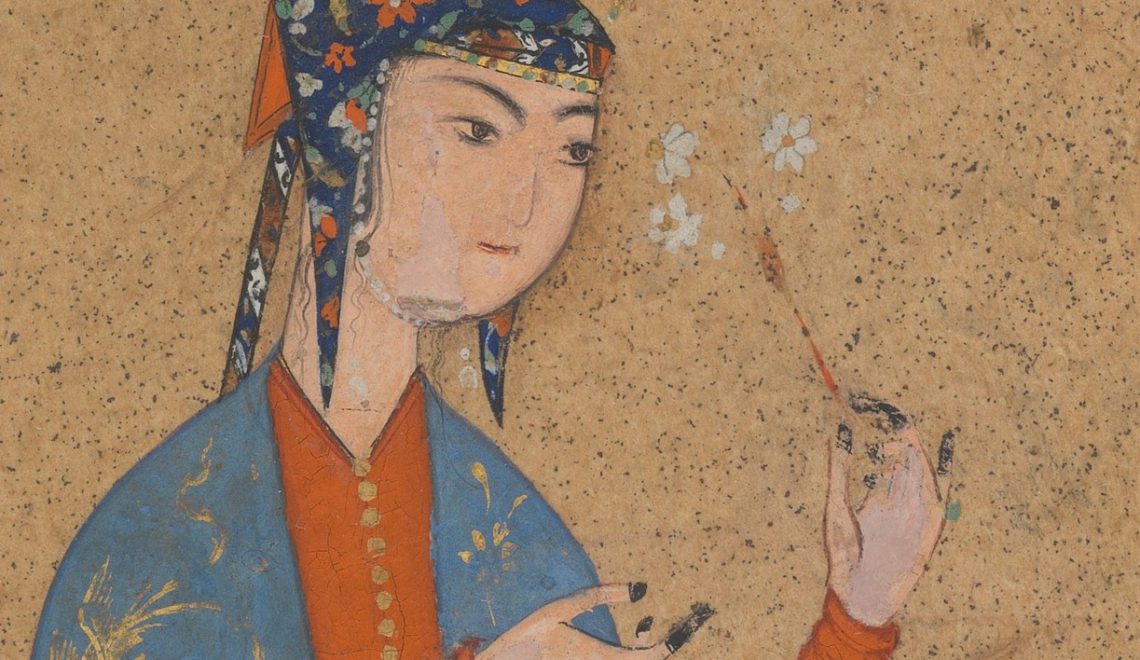 What it means to be a White Muslim

‘Where are you from?’ ‘I grew up here, actually.’ ‘No, but where are you really from? Like really?’ I pause and take an uncomfortable look around. ‘Well, my ethnicity is Afghani.’ A short silence usually follows the last part of the conversation. I have this exchange with every person I’ve met or had a relationship with, more or less, whether socially or professionally. I’ve learned when to respond truthfully, and went to lie slyly. I’ve leaned how to steer the conversation towards a different path so as to avoid revealing my ‘exotic’ background. I’ve learned to cope with the fact that we still very much live in a white-washed, white-brained America, despite the melting pot it claims to be.

I’m twenty-one years old now and have developed certain skills that help me navigate the strange questions I get from strange people. ‘If you’re Muslim, why are you white?’ Well, the response from that one’s easy. I say I’m only half-Muslim, half-white. But I know this is completely untrue. I also know that I will feel immense regret and my mother would be ashamed of me for responding that way. But in some way, stating that I’m half-white, half-pure, half-just like you, and only impure on one side of my family reassures the white stranger I’m speaking with. ‘Wow, you really don’t look Muslim. I’d never have expected that.’ This one comes more often from people who claim to be on the liberal, open-minded spectrum of life. People who claim that they definitely, generally know what a Muslim looks like. I usually respond with a defeated chuckle or a quiet ‘I know.’

My ethnicity is Afghani. My mother was born in Pakistan, where she lived until she was my age. My grandmother is a direct descendent of a man regarded as the founder of modern day Afghanistan. However, my lineage, my roots, and my family tree were, and still remain broken. Coming from a kingdom that was colonised, shattered, and then portioned out with figurative lines results in that breakage. That’s why when people expect me to give them a solid response to the question ‘Why do you look white?’ I can’t answer honestly, because I don’t know. My fair skin and my green eyes are remnants of my forgotten lineage. My great grandmother’s sharp, bright blue eyes and white blonde hair tell me why I look the way I do.

Growing up in the US has erased my understanding of my appearance completely. I was thrown into a puddle of other white-presenting children whose great grandmothers may have all had blue eyes and bright hair. I blended in physically, and I started to blend in socially, mentally, emotionally. To them I was another pretty white friend. But to myself, I was a confused kid who would come home to a mother that would sit me down and teach me how to read the Quran. And when my second grade best friend asked me which church I went to, I responded with one that I passed by on the way to my school every day, one that I would never realistically step foot in. Because I had no choice.

I am still apologetic to those who ask me where I’m from and expect a less difficult response. I am still scared to say that I am Muslim. But I am privileged. I am able to hide in the white shadows; to hide the side of me that is different, that is exotic, and that is automatically associated with terrorism. I am able to reap the benefits of being a white woman in America, up until someone asks me my name. At that moment, I feel the fear that so many brown and black Muslim bodies feel on a daily basis. I am proud of my heritage, and I am proud of my people. But I know that out there exist those young women whose mother’s taught them the same verses of the Quran that my mother taught me. Those young women who are chastised, harassed, embarrassed, and who are forced to be apologetic, because they wear their ethnicity on their bodies, unlike me. Those are the women that I and everyone else must stand up for.

Aisha Amin is a NYC native senior in college. After she graduates in May, she hopes to become a filmmaker and investigative journalist.