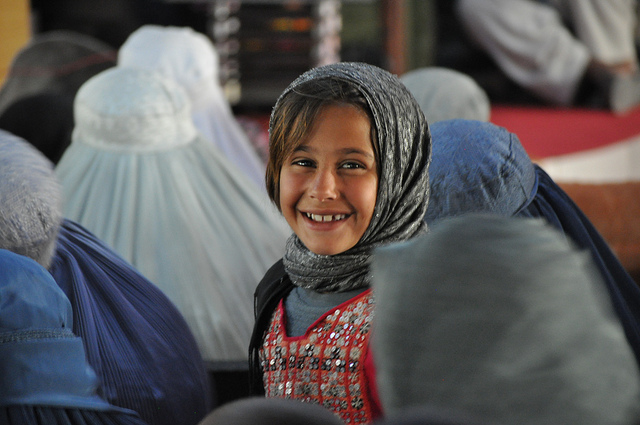 In 1909, in support of female garment workers protesting their working conditions, the Socialist Party of America designated March 8th as a day to honour women. By 1917 women in Russia were protesting for ‘bread and peace’ against a backdrop of war. In recognition of that protest and of women’s suffrage in Soviet Russia, the International Socialist Movement designated March 8 as International Women’s Day.

Over the past 101 years, women, governments and the UN have marked the day. At its essence, it is a day of solidarity and recognition of our rights. I appreciated its true significance in 2010 when I spent the day among a group of Maasai women in Kenya. I was leading a delegation of women peace builders from Pakistan, Sri Lanka, Canada and the US. We drove miles through dusty plains, speckled with the occasional tree and giraffe herd to meet the Maasai. They had walked hours to join us at their community centre, a cinder block building that they’d paid for by making and selling jewellery and crafts. They knew it was International Women’s Day and were excited to be included and recognized as women in the world.  It was humbling to be with them and it felt like a universal sisterhood.

On March 8th 2017, in the wake of the US’s massive women’s protests of January, women wore red. For just that day, on the sidewalks and in traffic, in government buildings and beyond, we the women signalled our mutual solidarity through our shared flash of red.  It was symbolic, reassuring and empowering.

We are witnessing the most deliberate and targeted rollbacks of basic rights for women to be enacted by a government. Domestically, in 2017, the Trump administration revoked the Fair Pay act that enabled women and minorities to determine if they were being subject to pay discrimination. Health care provisions, particularly reproductive rights are at perpetual risk. The Vice President openly stated that he aimed to put an end to abortion – presumably the legal, safe variety – in his time.

Internationally too, the US is retrenching. In February 2018 the State Department announced that its annual global human rights report would no longer highlight the range of abuses and violations that women and girls typically experience. In the name of expediency and to ‘sharpen the focus’, the US has determined that violence against women is not a sufficiently egregious form of abuse – despite its prevalence among, and relevance to, at least 50% of the world’s population. To give a simple context: globally, women and girls make up 71% of the victims of human trafficking – a vast source of revenue for criminal and violent organizations. Three quarters of them are sexually abused. Of all the women murdered globally in 2012, their partners or their own relatives killed half of them,, but according to the US administration this evidence does not amount to egregious abuse.

Such denial makes for strange bedfellows internationally. The Trump administration puts the US in the same camp as Cuba, China, Iran and Syria, all of which refused to acknowledge violence against women as a gendered issue in recent years. On seeking to assert state control over women’s bodies particularly in terms of reproductive health issues, it is aligned with among others, Sudan, Russia, and the Vatican/Holy See – a nation of some 570 citizens, of whom just 30 are women.

Globally too, there is room for concern. In recent years we have seen a co-opting of the rights and equality agenda in insidious ways. Many conservative states have become champions of girls’ education on the global stage. Yet scratch the surface and their agenda is not one of equal rights, opportunity or freedom for women to choose their own paths. They want to educate girls so they can be good wives and better mothers. In other words, girls’ education is not for the purpose of fulfilling a human being’s potential; rather it is to prepare her to be subservient to male dominance, ceding the public sphere where decisions are made and power is wielded. And most tellingly, no state is making the effort to educate men to be good husbands and better fathers. That would certainly go a long way towards reducing levels of violence.

Another recent trend has been to claim support for the women, peace and security agenda by opening militaries to female recruitment in combat roles. The latest to join the ranks is Saudi Arabia, which in February 2018 announced that women could join the army as security officers – but not as combat soldiers (the irony that these women would still need to live with their male guardians seems lost on the state). So, in the name of equality, women are being deployed to wield weapons and if needed, oppress, perpetrate violence, maim or kill. But an equal chance to fit into existing structures does not equate to an equal chance to transform the entrenched status quo.

When it comes to the women, peace and security issues for example, many advocates would argue that our cause is not to enable our daughters to be drafted into armies on equal footing as our sons. Rather ours is to ensure that neither our daughters nor our sons have to bear witness or engage in the horrors of war. That is the paradigm shift and equality we strive for – much like the Russian women in 1917.

But neither Saudi Arabia nor many other countries are matching their purported awakening to gender equality with a commitment to ensuring women’s effective participation in the realms where decisions – particularly about peace and security – are being made as is evident in the paucity of women in the negotiations regarding the fate of Yemen and Syria.

Meanwhile conservative forces that rail against women’s rights and feminism have co-opted the empowerment agenda by deploying their own army of women. From ISIS to the White Supremacist movement, they understand that women have power and influence. They also understand that women have aspirations and the capacity to contribute to a cause. In the US, the fact that the National Rifle Association (NRA) has a female spokesperson and a television series with female heroes is no accident.  They recognize that the optics work in their favour. Their spokeswomen inevitably appear more disarming (pun intended), simultaneously conveying an image of modernity and traditionalism, femininity and empowerment, even if they are handmaidens to the male leadership.

But anger is also giving rise to positive developments. Trumpism sparked women’s marches and a linking of arms among women across nations and of every generation. Feminism, long taken for granted and even denigrated, is fashionable again. It is fuelled by indignation, anger and action. The #MeToo campaign, founded by Tarana Burke long before Trump arose, has surged and its impact is evident in every sector. Despite the negative stance of the administration, Congress has passed two critical pieces of legislation – the Women, Peace and Security Act and a new bill against online sex trafficking that is heading to the Senate.

Perhaps the greatest sign of hope is the younger generation. Our teenage girls’ political consciousness awoke in the Obama years which brought kindness, respect and a ‘can-do’ attitude and evolved in tandem with the rise of social media, greater connectivity and growing attention to gender issues and equality.  These women are emerging as new leaders. This too is a global phenomenon.

In the US, high school students Emma Gonzalez and Delaney Tarr who survived the Marjory Stoneham Douglas High School shooting in Florida have become leading activists in the tough, male dominated debates on security and gun control. In Palestine, Ahed Tamimi, a 17-year old high schooler, has become the symbol of resistance against the Israeli occupation, after confronting armed Israeli soldiers about shooting her unarmed young cousin. Pakistani Malala Yousefzai, survivor of a terror attack and already a veteran activist at 21, won the Nobel Prize for daring to confront the Taliban about attacks on schools girls. In Iran, a younger generation of women are confronting the state’s compulsory hijab laws by provocatively standing in public spaces, waving their scarves like flags on a pole.

In each instance, this new generation of young women activists stand on the shoulders of the many that came before them. They may not be familiar with the terms of the Convention on the Elimination of Discrimination Against Women (CEDAW), the Beijing Platform for Action, Security Council Resolution 1325 and its seven sister resolutions, or the Millennium or Sustainable Development Goals. They may even take much of it for granted, never understanding how tough it was for their predecessors to forge their path. They are facing the ire of their opponents and the backlash that comes when the status quo is threatened. But there is already a marked difference.

As young women stand up to the might of the vested interests and the security state – be it in the US, Israel, Iran or Pakistan – speaking plainly, asking for simple common sense outcomes while being rebuked violently, they reveal how naked and absurd the emperor truly is. Once known, this cannot be unknown.

So a century on from the first International Women’s Day, this younger generation of women is lifting the veil from the systems that have perpetuated discrimination and violence. In solidarity with women of the past they are saying ‘Time’s up.’ I suspect they mean it, and it is with pride and confidence that I, for one, am happy to pass the baton.

This post was first published on IPS News and has been reproduced with permission.