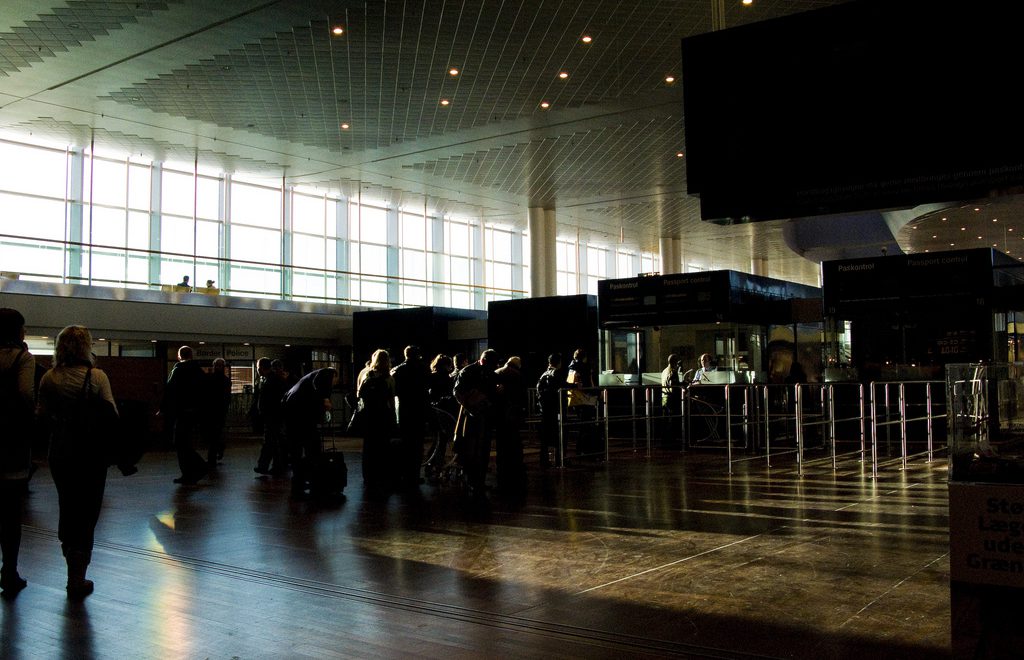 Day 44 in the age of 45 – I imagine some of you are grateful for my long absence. I’m back, so apologies for the meanderings below. My silence was due to travel and closing Facebook for all those nonsensical security concerns, then forgetting my password and panicking about what I’d do if they asked for the password at the border. For the record, I decided I would not be complicit in my own censorship. After I signed out of Facebook and Twitter, I googled myself and found a random mix of references and videos. I cannot – and should not – ‘erase’ myself out of existence online. My work is by definition about advocacy and awareness raising- i.e. public work – so how can I hide? As we say in Farsi – you can’t ride a camel all ‘bendy bendy’ – meaning if you’re sitting high atop a dromedary, you can’t say you want to hide, or fly below the radar. Luckily, no one asked for anything as I entered the US earlier this week.

So I’m back home, with scraggy looking poinsettias leftover from Christmas and an amaryllis that’s shooting up like a 15 year old boy. It was so very nice to be far away from the daily insanity of the US. But crossing borders that I’d taken for granted for all these years, with my trusty worn British passport in my back pocket, also put a few things into focus – or muddled them even more, as you can see below…

Here I apologize to my lawyer friends for being a legal Luddite – but as I entered the UK, it occurred to me that citizenship conferred a certain legality on me there, that my Green Card does not give me in the US, even though I am the same person. It just made me wonder: what is the essence of being ‘legal’? What does it mean really? I ask this not only because of recent events in the US, but in the UK too. There, the British parliament voted against the rights of EU citizens living in the country. The Lords revolted against that vote – putting about a million people into a state of ‘legal limbo’, even though these people are perfectly law abiding for the most part. Back to the question: is being ‘legal’ about paying your taxes and not breaking the law? Is it about taking an oath, as Roger Cohen says, and living up to your promise of fighting foreign and domestic (yes them too) enemies of the state? Am I less ‘legal’ because I did not take that oath in the US? What if I’m willing to fight those enemies despite my ‘lesser status’? Am I more legal than some folks who assiduously avoid taxes or consider the law either as ‘advice’ or just a bump on the road to get over – or am I less legal than them because I didn’t take the oath? What about the Congress folks charged with upholding our laws but who are busy unravelling those which affect the poorest kids, endangered species, our waterways and air? If their behaviour is in accordance with the ‘rule of law’ is it much different from the awfulness of having ‘laws of the ruler’ determining our lives?

And with that Muslim ban that was banned, didn’t they try to make some people illegally illegal? Frankly speaking, aren’t many laws designed to ensure that acts that we’d deem ‘unethical’ – are in fact ‘legal.’ In other words, doesn’t the system exploit the concept of legality to enable unethicality? My father used to reflect on this issue, saying that in the Iran of his day a great deal of acts were deemed unethical and thus illegal, but that in Western societies the law was the benchmark and therefore it was often divorced from ethics. We see that in the US: political lobbying is de facto legal corruption – but it’s permitted, because hey it’s… legal!

Then there is that perennial and increasingly pervasive problem of the ‘rule of bad law’. Authoritarian regimes have used it forever: people are arrested, detained, killed, shut down, have their property taken from them etc – all by meticulously following the letter of the law. Let’s not even delve into the concept of ‘justice’.

Don’t get me wrong. Laws matter, and every society since the advent of time has had its rules and systems in place, otherwise it would be chaos. But every once in a while shouldn’t we be questioning if the labels of ‘legal’ and ‘illegal’, or ‘rule of law’ have actually become so warped and exploited that they have lost their meaning or legitimacy? Is it enough to just articulate and legislate what we don’t want as the lowest bar of human behaviour? I know it gets sketchy if we try to legislate for everything we do want – but we have to fight for it, such as environmental issues, or the quality of public education, or caps on defence spending. It matters on a personal basis too. When we bring up our kids, are we satisfied if they refrain from breaking the law? Or do we strive to bring them up as ethical, moral, decent, kind human beings.

Crossing those borders reminded me how arbitrary all of it is. I’m the same person; but with a difference of a few thousand miles I’m a little more, or a little less legal, a little more or a little less protected by the law. And I’m a lucky, privileged person – one who has the right passport and the right little residency card. Imagine what it would be like to be a decent upstanding human being in the world, but one who does not hold that booklet or card, and to try to cross those borders, and then be treated so inhumanely. So very wrong, but so perfectly legal.