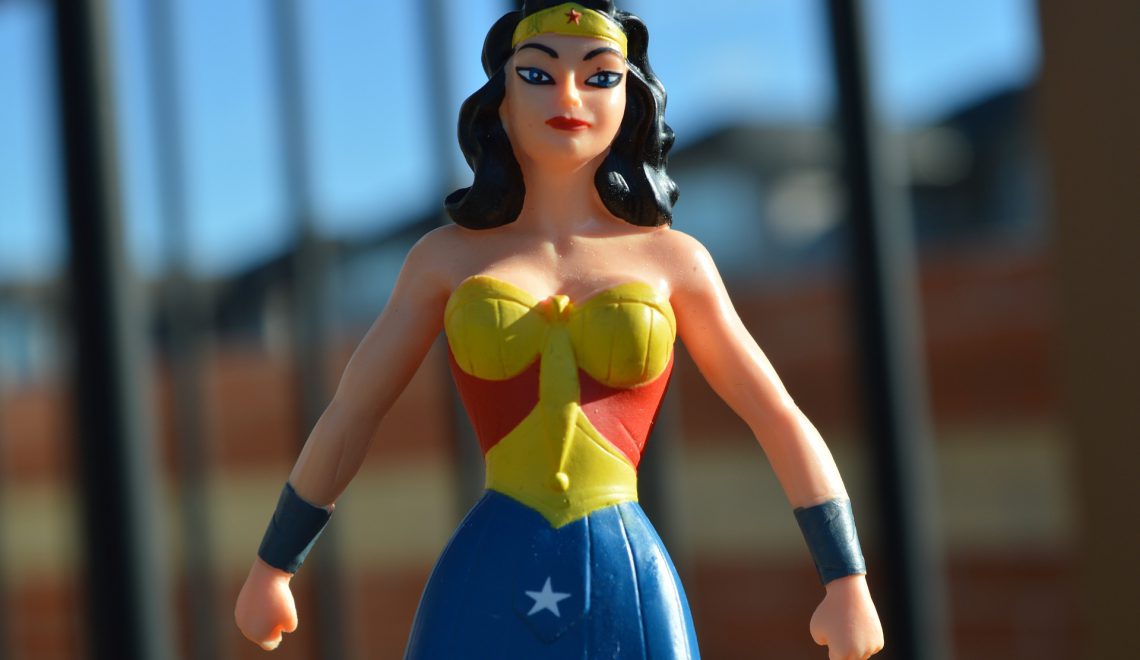 Wonder Woman: Not the hero the UN needs

For those of us who ever feel conflicted about the United Nations, the past month has been an exercise in managing absurd cognitive dissonance. First, on October 21 2016, the United Nations announced that the 1940s comic book heroine, Wonder Woman would be its new mascot for promoting the empowerment of women and girls.  The news naturally sent serious women around the world into a collective swirl, and then a reach for their golden lassoes, to capture the attention of an institution that seems perpetually tone deaf on the issue of basic equality and respect for half the world’s population. It also prompted female staff at the UN to protest in silence, through literally turning their backs on the occasion. Then, on October 25th the UN Security Council held its annual open debate on the groundbreaking ‘Women, peace and security agenda’, now in its 16th year of existence – still full of promise, and yet barely realized.

So what’s going on?

The story so far: In the age of Trumpism, just weeks after women’s rights activists globally were disappointed to learn that a woman was not selected to head the UN, hard on the heels of a year when the outgoing UN Secretary General appointed men to 96% of the senior jobs in the system, some folks at the UN thought having Wonder Woman as the icon for gender equality for the global organization was a good idea. Not so much.

Here are a few reasons why not: First off, the UN is a post-war institution, dedicated to ending the scourge of war and, by extension, violence. It is an institution founded on diplomacy and the principle of negotiating differences, not vilification and use of force.  Wonder Woman, on the other hand, was a product of the World War II propaganda of superheroes that fight ‘evil’, using violence in the name of ‘good’.

Throughout history and geography, whenever women have mobilized around their shared identity as women, to fight for self-determination or against oppression, they have not used violence. Today, from Afghanistan to the DRC, from Syria to Colombia, despite all the risks and violence they face, the most courageous women are leading non-violent struggles. Many are mediating between armed actors, hiding and saving men and boys at risk of being recruited and killed, feeding and caring for kids, the sick and the injured. They use their brains, hearts and imagination not brute force.

This is where resolution 1325 on women, peace and security ‘kicks’ in. In 2000, after a mass global campaign, the UN Security Council acknowledged women’s peace activism and call for the inclusion of women at the tables where power is brokered.

The agenda has expanded over the years, and these days world leaders talk about ‘women at the peace table’ as if it is an obvious fact, even though it is still not the norm. The agenda has also become warped. In some countries – the ‘peace’ part has gotten lost in a haze of talk about women as soldiers. Elsewhere, people think it is yet another instrument to promote equality in security institutions and in times of war.  But if 1325 is limited to an ‘equality agenda’ we end up with women having equal rights and responsibilities as men in the current status quo.

That was never the intent of the original 1325-ers. We did not fight for women’s equal rights to fight, die and kill alongside men. We fought so that neither women nor men had to live through the horrors of war. We fought so that women peacemakers could have equal space with the militias and politicians at the tables where the future of peace and security in their countries is determined. We fought to end the wars that exist, and to prevent future wars. 9/11 changed the course of history, but the spirit and vision of 1325 shouldn’t get lost in the fog of perpetual war and hyper militarization.

So the choice of Wonder Woman kicking, punching and lassoing her opponents is downright offensive and simplistic.

Second, if we need a mythical figure, how about Shehrzad of the 1001 Nights? She used her words, wit and imagination to save the lives of women and turn a despotic king into a compassionate wise ruler. She is recognized across many countries and cultures – still relevant across time, and far more representative of an iconic and emancipated woman than Wonder Woman. Or, as one long-time UN staffer suggested, if its fictional figures, why not Pippi Longstocking? She was strong, creative, and definitely no pin-up girl.

Third, why choose from fictional figures, when we have so very many real historic super heroes? Take the oft-forgotten Bertha Von Suttner. She was a formidable figure in early 20th century Europe. She was a renowned leader of the pacifist movement, and most importantly – the inspiration for the Nobel Peace Prize. Alfred Nobel, the inventor of dynamite, was influenced by her thinking and actions. It’s time to revive and revere her memory as much as she deserves.

Others have already commented on the sartorial faux pas of selecting Wonder Woman. But there is a political and security dimension to this choice. Women are already fighting the backlash of conservative forces that believe their struggle for rights or voice in political spaces is a ‘western agenda’ designed to undermine their power structures. Having a female figure in a low-cut bustier/corset covered in the American flag is just adding ammunition. Don’t get me wrong; I loved the kitsch Lynda Carter TV shows and comic books too. But Wonder Woman is clearly the figment of some 1940s male comic strip illustrator’s imagination.

If the purpose is to demonstrate women’s empowerment, how about reflecting the members of the very real Women’s Alliance for Security Leadership (WASL)? They live lives of extraordinary courage, vehemently rejecting weapons and arms and dedicating their lives to promoting rights, peace and pluralism, often in the face of extreme violence.

Here are just a few of the members: Fatima Al-Behadili of Iraq, who is deradicalizing young men and sending them back to school or getting them involved in social service. Visaka Dharmadasa of Sri Lanka who lost her son in the war against the Tamil tigers – but mobilized a group of mothers of missing servicemen to walk, unarmed into the jungle and meet the guerrillas face to face and open a back channel for peace talks. Hamsatu Alamin of Nigeria, who reaches into communities affiliated to Boko Haram and helps to reduce the stigma they experience, and get their kids into schools.

So to the UN Department of Comics (?): please get back to the drawing board or move over and let real women handle the situation.