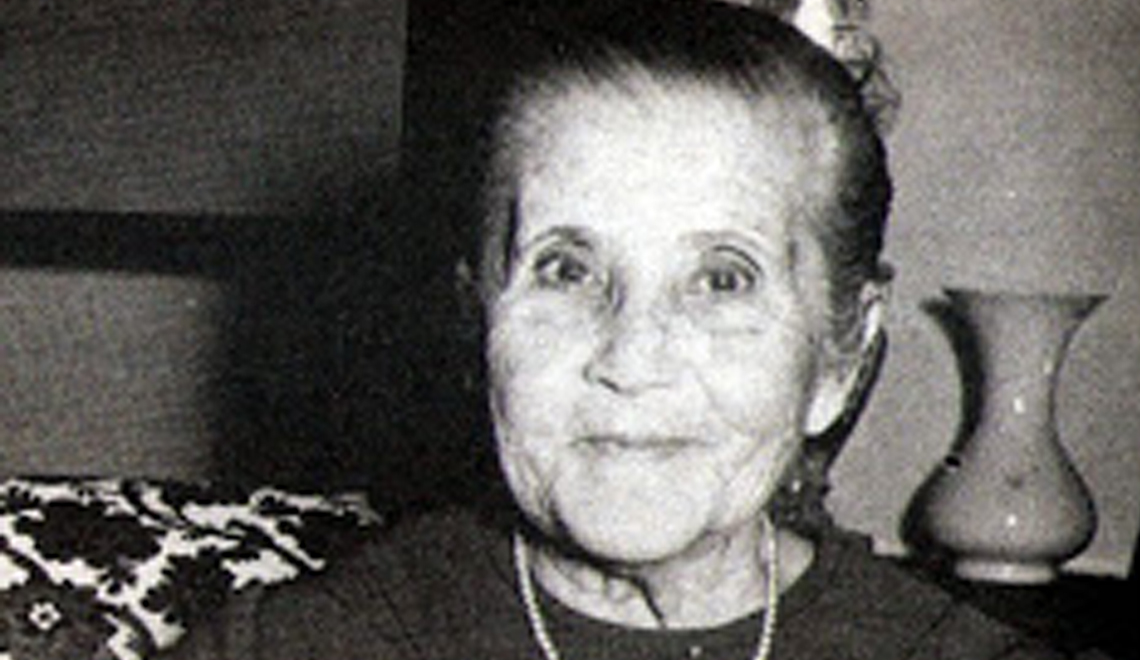 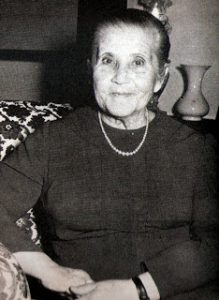 I invite my readers to join me as I travel the thorny road travelled…by women of my generation who sought knowledge, dignity and self-respect.

The above sentence appears in the Prologue of Anbara Salam Khalidi’s memoirs. Her autobiography concisely retells a momentous period in Arab history, from the fall of the Ottoman Empire throughout most of the twentieth century.

Anbara was born in 1897 to a large Lebanese family, one of twelve children to a caring and hardworking mother and a prominent and well-connected father. It was a religiously observant family: one of Anbara’s earliest memories is being awakened by recitations of the Qur’an led by one of her parents.

In an era when the idea of educating girls at all was controversial, Anbara was encouraged by her father, a prominent figure in Lebanese society, to attend one of the best foreign schools in Beirut. Her father had appointed the headmistress, a Christian woman called Julia Tu’ma, who proved to be a source of inspiration for the young Anbara, and a close friend thereafter. ‘Miss Julia’ encouraged the 13 year old Anbara to attend an evening lecture at the American University. However Anbara was prevented from entering the venue due to harassment from two men, and a newspaper published an article critical of her attendance the next day couched in terms of ‘morality’. The school was one of the few to deliver a rounded education to young women, with a wide scientific curriculum. After her school education was complete, her father engaged private tutors in Arabic, French and science.

Her education also included a visit to Cairo in 1912 where she enjoyed museums, exhibitions, boat-rides on the Nile and experiencing the Egyptian culture and heritage. She returned to Egypt in 1920 where she attended a gathering in memory of Qasim Amin, author of The Liberation of Women and The New Woman, which was also attended by pioneering feminist Huda Sha’arawi. The young Anbara read Amin’s works under the bedcovers and felt inspired by the burgeoning movement towards feminism in the Arab world. Attitudes to women in Lebanon were poor: when Anbara published a front-page article in a newspaper on the topic of the first Arab Conference of 1913, many argued that it could not have been written by a woman; although some maintained that it could have been written by a woman – as long as she had a man’s help!

In 1915, Anbara formed a society called The Awakening of the Young Arabic Woman which helped girls finance their education. She also was one of the founding members of the Society for Women’s Renaissance despite a brief hiatus when she visited England. It was during this trip abroad that she abandoned the veil: by the time she reached Alexandria, she only covered her hair, removing her face-cover; by the time she reached Marseilles, she covered her hair with a hat rather than a veil, after the Western fashion.

She was impressed by the orderly and polite nature of British society that she encountered, and even more so by the freedoms afforded to British women. When King Feisel of Iraq asked her what she thought of the ‘English Girl’ she responded: ‘What favour has she won with God to deserve all this freedom? And what sin have I, the Arab Girl, committed in God’s sight to deserve as punishment a life filled with repression and denial?’

After two years in Britain, Anbara returned to Beirut – facing the prospect of being forced to cover her face once more. She had come to see the veil as ‘a prison, preventing women from advancing in the world.’ Veiling, previously considered a social norm, had become a topic of great debate in Lebanon throughout the 1920s. She made a controversial decision to deliver a two-hour lecture with her face uncovered, despite the opposition and violence against women who chose to unveil.

Despite a variety of suitors for her hand, starting with a proposed marriage with a relative at the age of 12, Anbara remained unmarried until the age of 30. At 16, however, she became engaged to Abd al-Ghani al-’Uraysi. He was arrested for his political activities before the marriage could take place and hanged in 1916 under the orders of Jamal Pasha. At the time, many Lebanese were suffering from starvation and hardship. The Ottoman Empire initiated some belated relief programmes, and ironically, Anbara was reluctantly forced to write and deliver a speech in support of these before Pasha himself.

Ultimately, she accepted a marriage proposal from Ahmad Samih al-Khalidi, a writer and translator, who had attended school with one of her brothers. The marriage was an extremely happy one, each serving as commentators upon the other’s writing. He had two children from an earlier marriage, and Anbara brought with her a very much younger sister who was like a daughter to her. The couple had three more children before Ahmad died of heart failure in 1951. Anbara’s had a great passion was the written word: she names many writers and journalists she admired and works that were meaningful to her in her autobiography. Fittingly, it is as a writer and translator (for instance, her work in translating the Odyssey, the Iliad and the Aeneid to Arabic) that Anbara is best known.