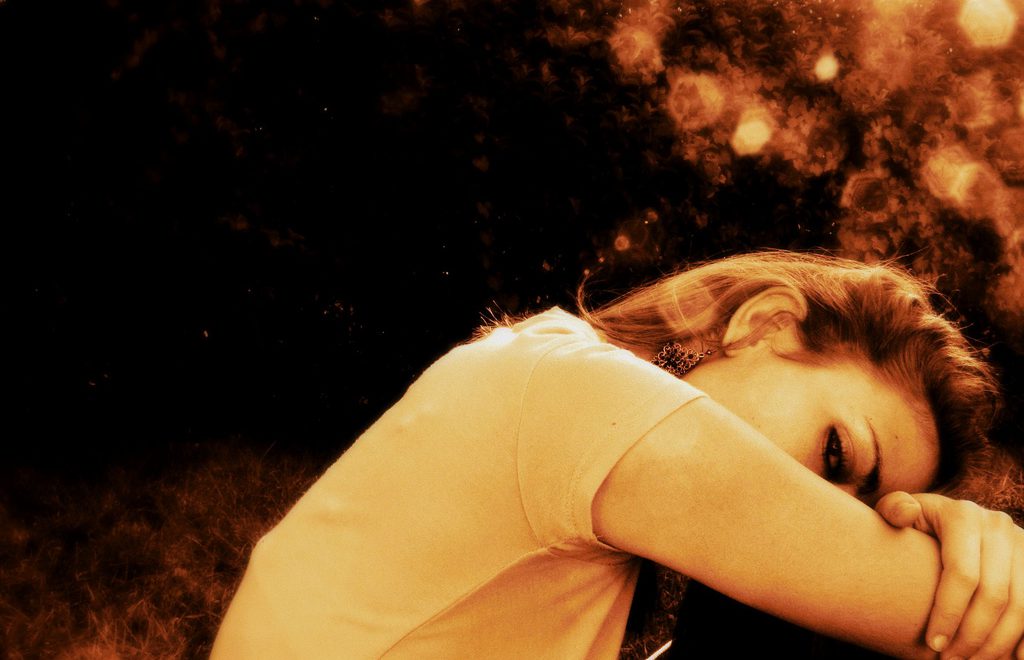 Why does my body make me vulnerable?

I woke up this morning feeling the weight of the world harmonizing with gravity and pulling me closer to my bed. I turned over and threw myself to the ground. I scrambled up to my feet with the help of a chair and started my morning coronation by wrapping my body with as many clothes as I could and stuffing every little hair inside my hijab before leaving the house.

Two hours later, I’m sitting outside a classroom, hearing the clicking of a heel coming from my right. I lift my head and see a girl with dark hair and light skin, her hair covers her back and shoulders like a jacket, and I feel warm looking at her smile. Her dress covers as few parts of her body as possible and I find myself intrigued by her confidence; how can she shine within a society where shaming women’s bodies is part of traditions and culture? I swallow my curiosity and look away.

She is standing in front of me, talking to her friend. Her laughter echoes glares of judgments around her, but her hair waves it away. Two minutes later, the girls sitting next to me start their own morning routine by shaming the only non-hijabi girl in the class. They question her religion as if religion is a stamp of approval rather than a source of spiritual peace. I bite my tongue because one thing I have learned from living in a conservative society is that you don’t have an opinion unless you are agreeing. So I have learned to only disagree when my blood pours out of my ears, but their cannibalism leads me to fix my eyes on the girl. With every second, I feel her confidence being drained out of her as she acts like she can’t hear the word ‘slut’ and ‘disgraceful’ being repeated, like an anthem to their misogyny.

This is what happens when you raise girls on the logic that their skin is made of sins, and being themselves will lead them to hell. We start to get jealous of every girl with as little freedom as rain on a desert. We started to compete with each other to be more modest than the next girl so men would want to marry us not them, which will lead marriage to become a race, while sexual harassment has become excused under the name of desire. The word ‘haram’ has come to mean ‘disgraceful.’ You’re seemed as painting on the white canvas of the tribe’s reputation if you show the colour of your skin, eyes or even teeth. I remember the first time I smiled to a stranger in front of my father. I was ten years old at the grocery store. As we were leaving I smiled and thanked the man who had helped us carry our bags. My father was furious. ‘Don’t smile to a man again’, he scolded. Last week in religion class I learned that a smile is considered a form of charity in Islam, I argued. But what type of Islam was I born into? The Islam of Mohammad or the Islam of the Arabs? How can you believe in a god you don’t follow? I will never understand. Tell me: do women qualify to be considered an endangered species if our souls are being stolen, or does it not count as murder if you can’t find blood on the hands of the murderer? Where can I file a lawsuit against my society for killing me and many other girls, if the murder weapon is nothing but words and we are dead on the inside?

A week after that day I asked my dad why do I have to cover up when other girls on American TV shows don’t cover up. ‘Because you’re a Muslim and they’re not.’ He replied.

Why am I a Muslim, I wondered quietly.

Mariam is a young Kuwaiti writer. She first started writing when she felt the burden of being a girl in a society that guilts the skin out of you for being loudly confident in yourself. She desires to put more light onto issues that affects every Muslim woman in the Arab world and beyond.