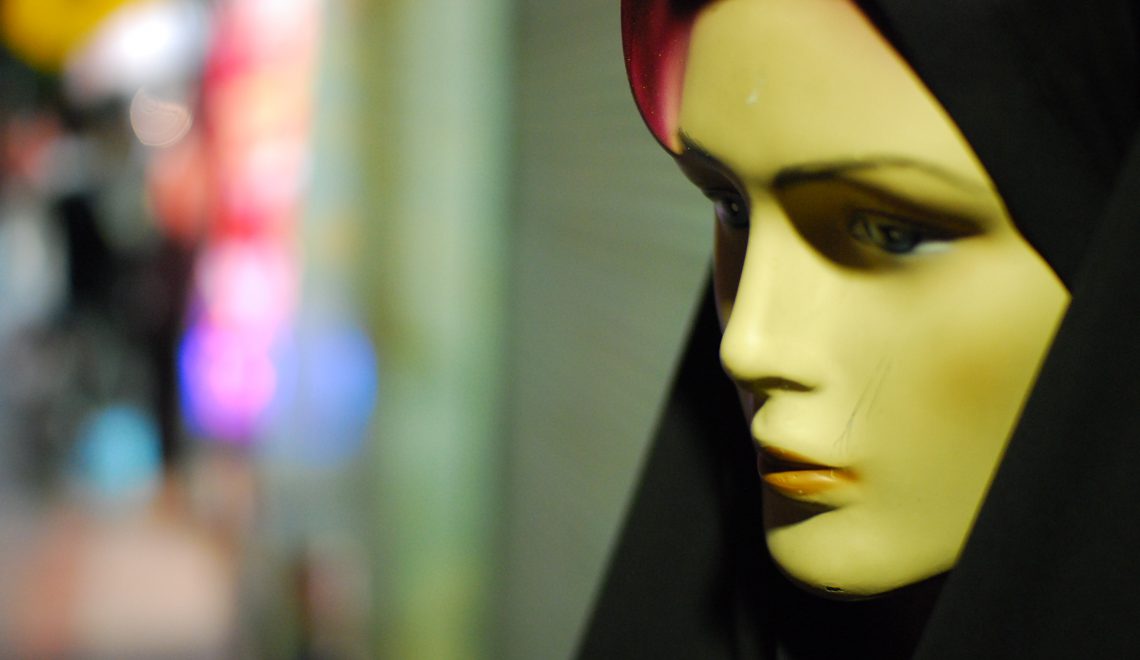 An open letter to Playboy

I never thought I’d find myself appealing to Playboy magazine to defend women’s dignity by asking them to rethink their depiction of ‘modesty’. But then again, we live in a bizarre time when a woman like myself -a feminist from a Muslim majority background – is branded as a racist, often by Westerners, when I attempt to address sexist elements of my own culture. I feel compelled to make the case against modesty, or more accurately, purity culture, and its increasing celebration in mainstream media. Modesty, as practiced in many parts of the world, is an idea that, if taken to its logical conclusion cedes control over women’s bodies in varying degrees to the family, the community and the state. I urge Playboy and other media not to elevate the ideology of the veil above a woman’s right to be safe from sexual assault and social vilification.

This last summer saw a lot of media coverage of veiled athletes at the Olympics, which offered a valuable and necessary counter-narrative to people who project assumptions of weakness and lack of ability onto hijabis. What I find problematic about the celebratory focus on hijab-wearing women is that many commentators seem to be celebrating the scarf itself, rather than the accomplishments of the woman wearing it, or whatever barrier they perceive her to have shattered. It’s as if elevating modesty culture has become the end in itself.

Women don’t owe anyone an explanation for what they do with their bodies, and this includes their particular reasons for putting on the veil. It becomes an unveiled woman’s business, however, when covering is presented as the ideal against which all women in a society are measured.

Whether the individual woman likes it or not, when she puts on the veil, she enters into a social contract that extends the community’s input to her body.

She becomes party to an understanding of how a veiled woman should comport herself, in contrast to an ‘immodest’ woman. A case in point is the controversy caused by Playboy’s feature upon Noor Tagouri.

The language of individual liberties and women’s choices was used to make a case for modest clothing or when opposing the recent burkini ban in France, is not nearly as used as much in my native Arabic as it is when the conversation is in English. The motivations for promoting the covering of women, in my experience, are not rooted in a commitment to the principles of individualism or bodily autonomy but rather in ensuring social control over women’s bodies. This is the underside to modesty culture; an uncovered woman is seen to be asking to be threatened, harassed, and tarnished. Any woman who chooses not to cover is perceived to undervalue her sexual purity or personal safety. She is often compared to an uncovered, dirty lollipop attracting flies: nuisances that can’t help themselves from swarming and soiling the candy. What is this, if not a justification for rape?

Another reason why I feel I need to challenge the celebration of modesty is that the increased respect for veiled women in the West is not met with a corresponding appreciation of difference in the Muslim world. Take your pick from the numerous cases of Western women who have been arrested, imprisoned, fined and finally deported for their crime of being raped on ‘modest’ soil. For those who argue that Muslim women in the West should not be answerable for the implications of modesty codes in Muslim societies, let us confine our attention to Playboy’s readership in America.

There are an increasing number of streets in my city of Chicago where I don’t feel safe walking as an ‘immodest’ woman. As a visibly Middle Eastern woman, I often spot men (who look like me) watching, disapproving, with the unspoken shared understanding that they consider my body to be communal property, and that I can be attacked, at their discretion, should I push the boundaries of propriety too far.

Mia Khalifa has experienced a less subtle version of this threat. She didn’t become a household name for topping the porn charts but because her brazen sexuality so offended Arab men that many of them threatened to kill her. This incident pulled back the curtain on a cultural taboo that is more commonplace than Playboy’s editors may realize. The same mentality that allows a man from a ‘modest culture’ to make the logical leap that he has the right to threaten to kill Khalifa, is the same one allows many others to extend similar threats to their sisters, cousins and daughters. In its mildest form, this modesty culture manifests as slut-shaming. In its extreme, it’s used to justify thousands of murders worldwide each year.

‘Honour killings’ are sanctioned when society as a whole makes allowances for a man because ‘his hand was forced’ by a female relative who shamed him with her behavior, which includes her dress. They’re almost encouraged by laws that categorize these crimes as ‘private family matters’, loopholes which exist throughout the Arab and Muslim world. Seen in this context, modesty culture is a deadly ideology, one that I’m tired of seeing sanitized in Western media on the basis that it complicates media visibility for hijabi women.

When we celebrate a woman for exercising the right to wear hijab in the West without acknowledging the very Western freedoms that afford her that option, or the fact that this freedom is largely not reciprocated in the Muslim world, we dance around the fact that the only choice that is celebrated is the one to cover. This calls into question the validity of the idea of choice itself. Representation of women from often-silenced backgrounds is an important step for all of us, but it should not come at the expense of minority-within-minority voices. When the media gives a platform to an ideology like modesty, a school of thought, which predicates respect for women and assurance of their safety on a symbolic acquiescence to male control, then those of us who resist that control have just as much stake in the conversation.