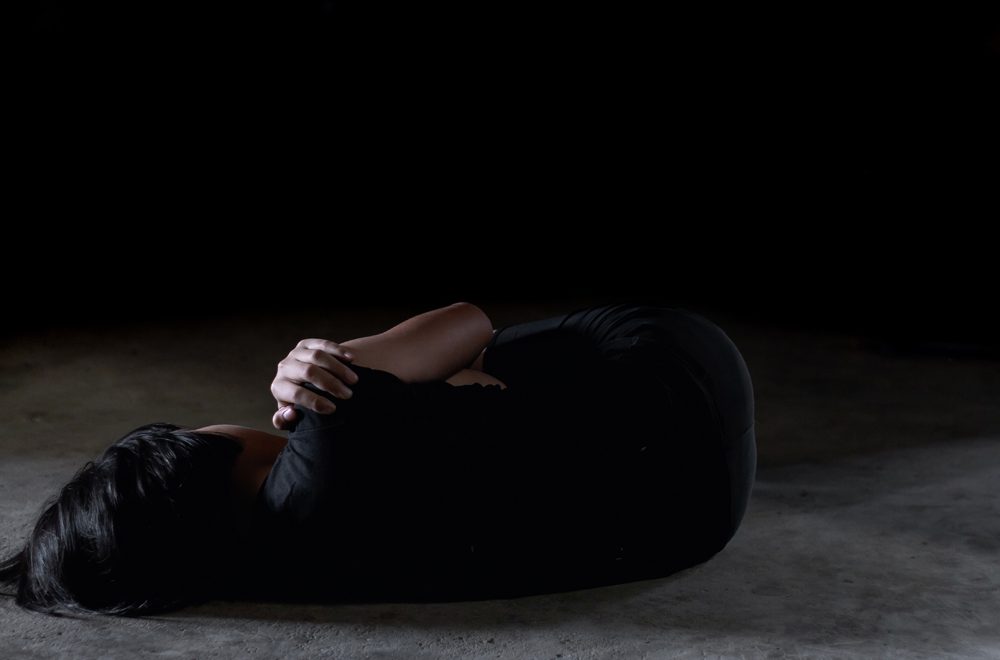 Killed by the community

At the tender age of 14, I, like thousands of other young women, died. Our lives were brutally cut short. Now, we are languishing in the bowels of hell. Our post-mortems reveal that our community was complicit in our deaths: a community that chooses to remain silent in order to uphold the so-called honour (izzat) of its members; a community that turns a blind eye to the mass suffering of its women and girls.

The fact that those women are the very people that the community supposedly sets out to protect and hold in the highest esteem reflects the paradox which besets the context of our lives as British-Asian women. Undoubtedly, there will be those who are quick to retort that ‘our women’ are no longer downtrodden and submissive drudges who cannot step foot over the threshold of their own front doorstep without explicit permission from their kith and kin. Don’t I know there are British-Asian women who can now speak several languages, have a string of letters after their name, who hold down high-powered careers, along with neat six figure salaries, and a weekend cottage in the Cotswolds to boot? They tell me this as if these caricatures of women somehow disprove male (and sometimes female) violence and abuse.

And those people who vaunt the successes of a minority of women are the same people who have never questioned why, for decades, schoolgirls, some as young as 11, have been systematically sexually exploited in our communities. Child sexual exploitation is not a new phenomenon, despite what we may have been led to believe following the plethora of high-profile cases across the UK, from Rotherham to Oxford. Nor is it an issue exclusive to the British Pakistani community; it is a reflection of how sexual predators utilise their social networks to exploit children. Whether it was during the Bhangra day-time raves in the 80’s and 90’s, on their way to a local takeaway during their lunch break, or as they exited the school gates, young women and girls have been targeted as sexual prey by local cab drivers and other predators. It happened then; it still happens today.

Rather than reporting the matter to the authorities in order to tackle the perpetrators at large in the community, some parents’ police the movements of their daughters through hiring private minibuses to ferry them to and from school. Once again, they are perpetuating the damaging message that we, as women, must take responsibility for curbing the sexual predatory behaviour of men. This ultimately restricts our movements, as well as our right to feel safe in the wider world; a message we all too frequently communicate to our daughters.

My own catalogue of the transgressions against me began at the age of 14. I was raped by a group of older teenage boys who had lured me away from the local youth centre for a game of hide and seek in the stairwell of a local tower block. They took turns to rape me, only stopping to flee when they heard my brother-in-law’s voice calling my name. When he entered the stairwell, he found me propped against the wall dazed and in a state of undress. All I can recall after that are vicious blows raining down on my head and face. I was dragged home by my hair. The extent of my injuries included a fractured nose and cheekbone. They kept me absent from school for a fortnight.

To this day, I have never spoken out about what happened to me. How could I? I had besmirched the name of my family: the very thing which I was indoctrinated to believe must be upheld at any cost. My ‘wanton’ behaviour needed to be curbed in order to repair the damaged honour of our wider communal family. I was now considered damaged goods. I needed to be disposed of. Quickly, and to the nearest taker. In my case, I was taken overseas under the pretence of attending a family wedding, only to find I had been promised to my maternal cousin, the eldest child of ten children, and 15 years my senior.

My only means of survival was to comply with the suffocating demands placed upon me as a newlywed bride. I was fully aware that any further misdemeanours on my part could lead to me having very little chance of returning home to the UK. Like so many others, I didn’t want to be another number missing off the school roll. It was only when my family thought my fate (kismet) had been sealed by the announcement of the impeding birth of my first child (while I was only a child myself at 16), that I was allowed to fly home – in order to begin the process of applying for a spousal visa so that my cousin-cum-husband-cum-rapist could join me in the UK. But it was not fate that led to me being married with a child at 16 years of age. It was a well-orchestrated operation planned to rein me in. As a feisty, free-spirited, and vociferous teenager I was perceived as a threat to their well-polished image in the community.

For many like me, our lives were severed at the very moment we were deemed at risk of tainting the good name of our family. How? Simply through stepping outside of the realms of conformity. Women and girls who, despite the consequences, challenge these age-old draconian practices are often subtly shut down through a convoluted process of being ostracised by the community. At the very worst, they may be killed.

My pleas for a divorce were summarily dismissed. Further measures were put in place to restrict my movements outside the family home. I was left with no other option but to run away. Little did I know that this would trigger a mass search initiated by my family. It was led by the police, local councillors, and community leaders. They all colluded in perpetuating the cycle of abuse within which I had become entrapped. My family even went as far hiring a team of bounty hunters to recover me from the safe house where I had been placed. The Police Liaison Officer, acting as the conduit between myself and my family, urged me to return home on the basis of the high volume of calls he had received from various members of the community, all of them allegedly concerned for my wellbeing.

I returned home on the officer’s assurances that no further harm would come to me. Within weeks, I was being coerced to remain in the marriage, to begin the process of having my husband join me in the UK, and to retract the police statement I had made against my brother for assaulting me. As their unrelenting pleas to comply with their demands mounted, I again felt I had no other option but to escape by running away again. This time I found myself completely homeless, living in a derelict property in a sketchy part of town.

Ten years on, I have managed to carve a life out for myself. I have acquired a professional diploma and a first class degree; quite a feat for someone who left school with a handful of mediocre exam results. A massive accomplishment for someone many believed to be destined for a life of servitude. Over time, I have made numerous attempts to reconcile the differences with my family. Each time I choose to live a life which is not governed by their prescribed set of codes, the process of ostracism begins again. Invitations to family gatherings, community and religious celebrations slowly cease. So do the occasional social phone calls, text messages, and social media exchanges. I’m either unfriended or blocked. My presence is a burden upon their respectability; my absence confirms their quiet disapproval.

A decade has passed. Despite the consequences, I continue to strive for a life that is authentic, unlike many other women from the British-Asian community. For some, their only means of survival is to live a life dictated by family and the wider community, only able to assert their autonomy outside the glare of judgement. I do not wish to be viewed as a victim of my circumstance, but rather as a woman who continues to survive despite the odds. Unfortunately, this has not been the case for women like Rukshana Naz, Shafilea Ahmed, and Sahjdar Bibi, who were all killed for dishonouring their families.

A quick search reveals three cases of forced marriage are being reported to the authorities every day in the UK. The Government’s Forced Marriage Unit has received over 12,000 enquiries about forced marriage in the last twelve months. Since 2010, over 12,000 honour-based crimes, including violence, abduction and harassment have been reported to the police across the UK. A mere five percent of cases have been referred to the Crown Prosecution Service, yet reports to the police have shot up by over 50 percent since 2014. It is believed these figures are not reflective of the true proportion of these crimes, since women and girls are often too frightened to come forward and disclose information. Those of us who are not killed may often be driven to take our own lives. British Asian women are three times more likely to attempt or commit suicide compared to other women in the UK. I have not been immune to these pressures. I’m all too aware of other women in my community who have tried to take their own lives.

As a community, it is our moral duty to begin the process of openly bringing some of these issues to the fore by raising awareness through dialogue and debate. This is the elephant in the room that we simply cannot continue to ignore any longer. The BBC drama Murdered by My Father was able to draw on the complexities of honour and the way in which it is woven into the fabric of family dynamics, expressed through a father’s compelling need to control his daughter’s increasing rebelliousness. This is only a starting point. What is needed is a much more robust support system to be put in place which is able to combat the diverse and multifaceted nature of the issues at hand. These are often inextricably linked with other forms of violence and abuse.

This includes a country-wide centralised monitoring system to comprehensively record incidents of forced marriages and honour-based violence, in order to develop a clearer understanding of the depth and nature of the problem across the country. This must be bolstered by cross-sector support to create a raft of provisions, including public awareness campaigns and specialist refuges, alongside increased resources for specialist grassroots community-based women’s services.