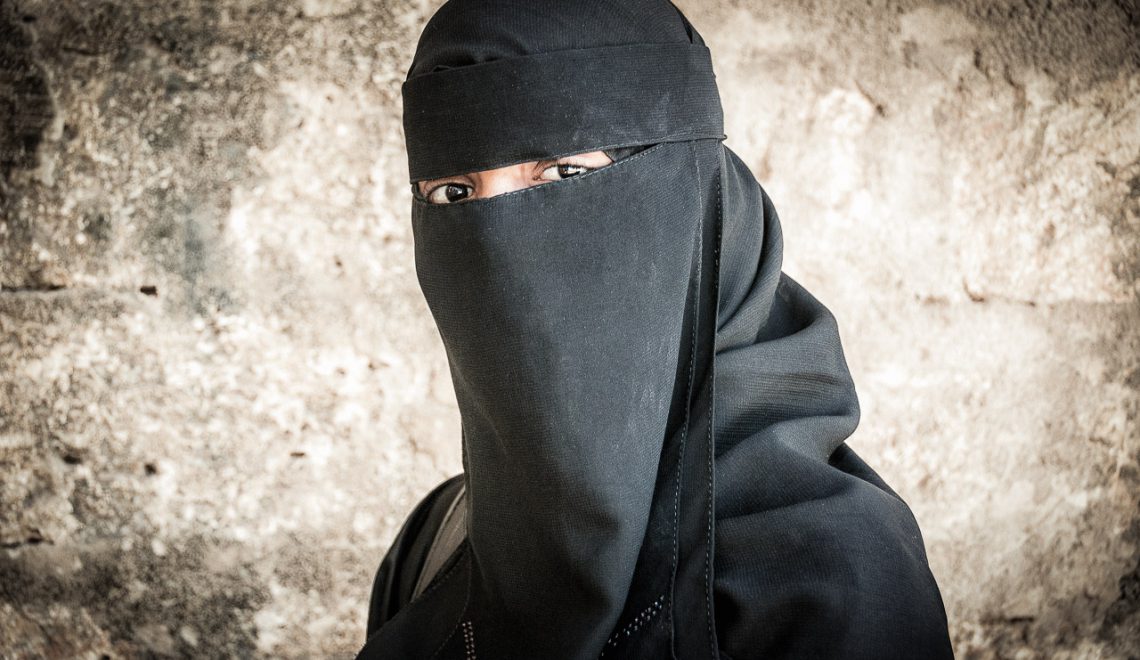 Niqab. A common enough sight on the streets. We’ve all seen the familiar sight of a woman swathed in black robes, only her eyes visible. The small, gaping slit, through which she sees the world. Judgements are made automatically. To the incomprehensive bystander, she seems like a black mass. Yet, there is a woman under there. She has her own feelings, life, family and dreams. And people too often forget that. It’s truly a case of don’t judge a book by its cover. I myself was once a niqabi.

Why I wore Niqab

When I was in my early few months as a Muslim convert, I started casually wearing hijab to be closer to Allah and solidify myself as a proper muslimah. This was met by my classmates with comments, as they were used to my long dark hair flowing freely. I sat there, trying to pretend I wasn’t the object of stares and whispers. I was a part-time hijabi, until Eid al Adha in September when I decided to wear it as a public display I was now Muslim.

A few months later, it was Niqab. I had grown obsessed with it. It seemed to me the symbol of piety. I respected and admired these niqabi women. I thought mashallah. These are real women. I was envious. I wanted to be modest like them. I felt inadequate in my hijab, knowing non-mehrams were staring at my lips, my cheeks, and my eyes. I resolved I would cover my face as soon as possible. I was 15.

I did a lot of research if it was Fard (obligatory). I came to my conclusion at that time it was, based on scholar’s opinions and hadiths I had read such as:

Because of these hadiths and more, I concluded that it was Fard, I wouldn’t relent in my mission to acquire a Niqab. I felt as if I was disobeying Allah and I would be held accountable in the hereafter.

I brought a black Niqab behind my family’s back, as they weren’t really keen on my obsession with it. They considered me far too unmarried; far too young. However, my father later came round to the idea and pledged his full support, almost fanatically. I tried it on for the first time. It was incredibly painful. The slit was so tiny, I couldn’t even see. The sharp corners dug into my eyes, making me blink constantly and my eyes itched and watered. I made the slit wider with scissors so that it was bearable. I could see better. It felt weird at first. But I loved it. Later, my siblings were scared. They ran away. I had to take it off for them to come back. My brother couldn’t even look at me.

I wore it outside and I loved the anonymous aspect it gave me. No one knew me, no one knew who I was and couldn’t judge me. I was just another hidden, veiled face. An insignificant drop in a vast ocean. They couldn’t tell me from the rest. Another thing I liked about Niqab was I could see other people, a one way slit to look at the world, without them looking at me. Quietly observant.

I took to wearing gloves and a 4 layered eye veiled Niqab. I was a huge black mass. Black socks and black shoes. Not one inch of me was on show. Not even my eyes. The men would do a double take. I thought this was honourable. My dad said it was. It would get me closer to Allah, right? I was following the Sunnah, the prophet’s wives example. My mother’s. It was incredibly hot in that. I would get the urge to rip it off but, for Allah’s sake I kept it. It was a test from him. To see if I would obey him.

I was a niqabi for three months. As the doubts grew, I ripped it off and the gloves and hid them in the back of my wardrobe in a bag. I stuck to shalwar kameez and a simple, everyday black hijab. I never wore them again. I threw them away. Remnants of a past I no longer belonged to. I grew to loathe my Niqab and my hijab. I no longer viewed it as liberating. It felt more claustrophobic and that it was reducing me to an object. The happiest day of my life was throwing my hijab off walking home, feeling the wet rain on my hair and smiling. That was true liberation. Not a piece of cloth.