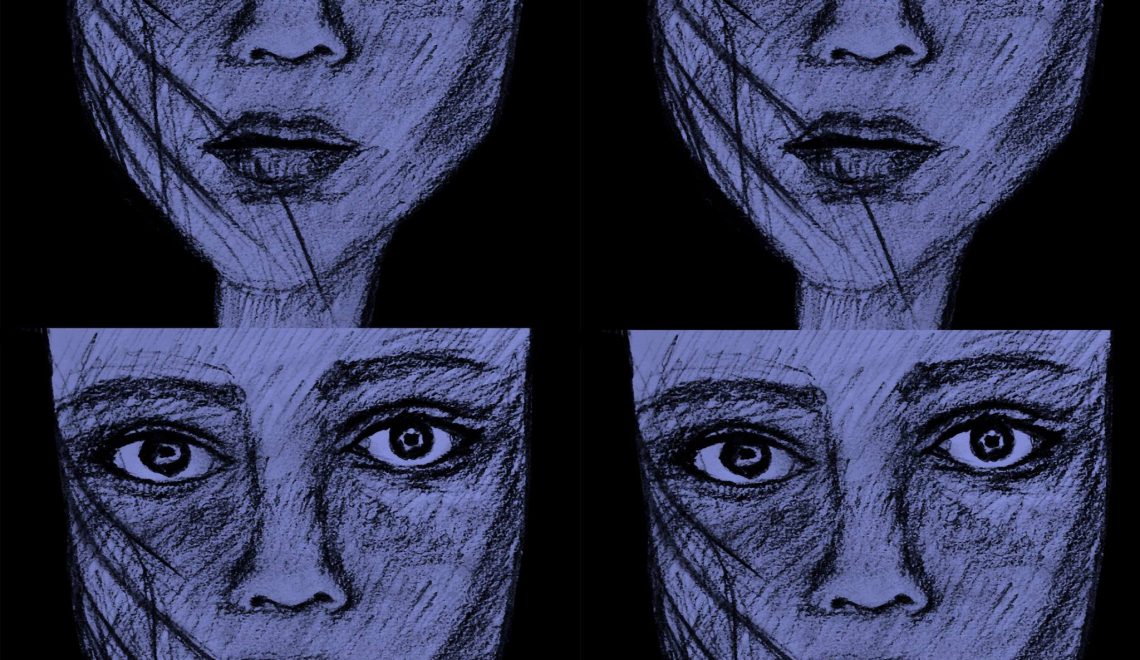 In the April of last year I met someone and unexpectedly fell in love. At 25 years old, and having grown up seeing dysfunctional marriages all around me, I had never prioritized marriage as a goal. Instead I parked my head behind books and in front of canvases, I suddenly found myself wanting to take the big leap, much to everyone’s surprise. Six months later, our families were preparing to make things official between me and my companion. So it was time to set a date for the nikah, the Islamic marriage registration.

As the day got closer, I talked about signing myself into a beautiful lifetime commitment, my cousin responded with a jibe ‘Well you’re not actually going to sign anything at all, Shifani – doesn’t that rile up the feminist in you?’ He was being playful, but he was right. I was surprised to discover that I actually wouldn’t get to sign a paper at all — the Sri Lankan Muslim marriage contract was signed between the bride’s wali (immediate guardian) and the groom in majority of instances (there is some exception for women of a minority sect). The general Islamic opinion is that the bride’s consent is mandatory, so the marriage is invalid without it. But under Sri Lankan Muslim Marriage and Divorce Act, for the majority of women there is no mandatory requirement of physical evidence, such as a signed paper, of the bride’s consent.

I felt uncomfortable. Why should I be? I consented to the marriage. I had chosen my husband, and I was going to pick out my dress and the décor and the guests. I had total agency over the whole thing. What made me uncomfortable was what this law — or actually, lack thereof — represented. It represented the school friends I had seen growing up, being ‘coaxed’ by family to marriage at very young ages to much older men, while they barely knew what boys were like, let alone could grasp the seriousness of adult things like marriage and sex. It represented the girls who had it even worse, being ‘married off’ by their parents to men they did not know, let alone like, often as a harsh response to their wanting to marry someone else of their choice. It represented the voicelessness of so many Muslim women, and our community’s cruel consent to all of it. It was an ugly symbol.

I asked my then-fiancé to speak to the Imam or mosque leader in charge of the nikah. Note that I asked my husband to speak to him, and did not speak to the man directly, because somehow I knew the whole mosque thing was considered the man’s affair and I felt they would likely take my husband more seriously than me, a woman. I asked him to ask the Imam very politely if there was any option of getting a document prepared for the signature of the bride as well, even if just for show. The man plainly said there was no chance at all. If you wanted that, you would have to have a civil marriage, which is a completely secular arrangement. Legally two Sri Lanka Muslims cannot marry under the General Marriage Registration Ordinance, even if they choose to.

I had known that was coming. I was very upset at first, but the big day was in a week so I shrugged it off and we went ahead. My father and my husband signed a paper at the mosque. My father gave my husband a silver ring, while I sat at home dressed up, and surrounded by friends and family. My husband came home from the mosque and put a ring on my finger. It was an amazing day. Everyone I loved was by my side and I was marrying my best friend.

Still, it did not escape me that I had sisters out there who were not as fortunate, who had to suffer under the same law that had facilitated my marriage. There are women who are forced into marrying men they do not know or like, girls of 15 arranged-married-off by their fathers to men of 30, women married off without consent to men who already have a wife, women raped by men they were forced to marry, women impregnated by men they were forced to marry, girls refused further education and married off without consent instead. As I sat there on my sofa in my gorgeous pale red and cream gown, laughing with my friends, waiting for the men to come home from the mosque on my nikah — the only difference between me and one of those countless women who had been stripped of control over her own life, was that I happened to have said ‘yes’ to my husband. As far as the ritual of marriage was concerned, they and I were cut of the same cloth. I got married using a law that is responsible for the forced marriage, paedophilic abuse, and rape of numberless Sri Lankan Muslim women and girls.

Think about that, if you are a Muslim man or woman, and you meet someone special and decide you want to share your life with them. Think about how unjust the Sri Lankan Muslim Marriage and Divorce Act is; that in spirit it taints what should be one of the most important days of your life, with the on-going legacy of women being forcibly pushed into lives not of their own design. Think of, in fact, how un-Islamic that truly is – how cruel and strange that the father of a grown Muslim woman in Sri Lanka could pick any man and take him to a mosque, sign a paper and so forth, and his unsuspecting daughter would wake up the next day married to a man she had not even met.

We are not a primitive society, so why do we still go by primitive laws? Proven consent from both parties in a marriage is a basic human right. We need to reclaim our country’s Muslim laws and rewrite them for what they should be — laws that protect and respect the rights of women and girls, instead of protecting the aged perverts who can now legally marry clueless teenagers, laws that acknowledge a woman’s basic human right to choose if she wants to get married and to whom. You can judge the civilization of a society by looking at its treatment of its women — if we let this law slide, what is the judgement that must be passed when the gavel drops on Sri Lanka’s Muslim community?

Shifani Reffai is a Colombo-based writer who dabbles with art, photography and film. She has an active interest in gender, fashion and media studies, which she tries to translate into her work. She is currently doing her Masters degree in Literature at the Jawaharlal Nehru University in New Delhi, India.