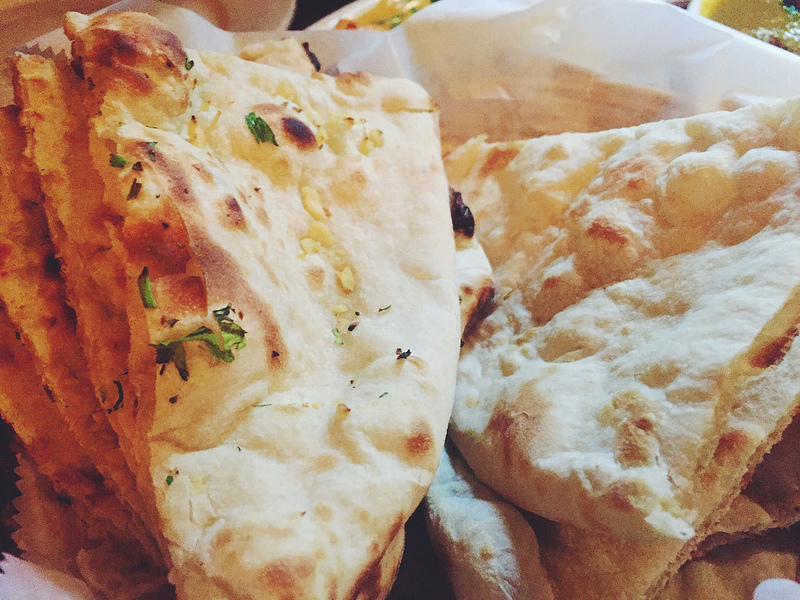 A gluten-free naan for my nihari

No more BYOB (Bring Your Own Bread)

A year ago I went to eat at a Halal burger kiosk at a mall food court in Brea, California. My stomach was growling since I hadn’t eaten in a while and don’t live near many halal burger restaurants. I stepped up to the counter and placed my order clearly, since I have food allergies.

‘Hi, I’d like a protein burger’, I said to the smiling Asian waitress.

‘The biryani is very good’, The Pakistani owner interjected.

My smile faded. My skin is brown but my taste buds were white that day. ‘I want a protein burger. I don’t want the bun, because I can’t have gluten.’

‘Okay, sure.’ The girl nodded and typed my preferences into the machine. I waited 5 minutes extra while my family ate their regular orders, my mouth watering. Finally I got my burger and examined it. There was a bun, with the bread stuck to the patty. I could not eat it. I took it up to the counter and told the waitress.

She apologized and offered a different item. Hesitantly, I said I would try the chicken sandwich. After waiting another 10 minutes I got the sandwich. The chicken was breaded! I returned to the counter and asked the waitress for a refund. She said she would have the cooks make me something else. She returned from the back, and said that the cooks said I had too many preferences and that they couldn’t make anything for me.

Finally, I stomped over to the Blaze pizza kiosk nearby, where they happily made me a gluten free pizza using separate gloves and utensils. The American, non-Muslim restaurant accommodated my health issues, while the Muslim, Halal restaurant rejected me.

I’ve learned my lesson since then, and now look after myself when I eat at halal restaurants. So last month I took my own gluten free bread (a brown rice tortilla) to the Pakistani buffet, so that I could properly enjoy my nihari (my favourite Pakistani dish). Before I went, I heated the tortilla at home, packed it in a heat insulated lunch bag, and stealthily opened it at the restaurant. My nihari experience was thoroughly enjoyable. However, last week, I was in a hurry so I forgot to bring my own bread to another Pakistani restaurant. I had to eat my nihari with rice. RICE! How can I embrace my Pakistani roots as people implore me to (I’m half Pakistani-half Mexican), if I can’t properly eat the food? And, should I really be expected to provide my own bread at a halal restaurant? Is it too much to ask that the restaurant itself provides alternatives for people’s dietary restrictions? Numerous non-Muslim restaurants graciously accommodate their gluten-free customers, so why can’t the Muslim ones?

Since it is Gluten-Free Diet Awareness Month, I’m raising awareness about the need for gluten-free bread (specifically naan or pita bread) at Halal restaurants in the US. I can’t eat the bread offered because it contains wheat, which has gluten protein in it. There are approximately 20 million Americans who can’t eat gluten, because of gluten intolerance or celiac disease, according to BeyondCeliac.org. Gluten-intolerance symptoms can cause life-altering symptoms such as fatigue, joint pain, migraines, bloating and diarrhoea. The number of diners avoiding gluten is rising. A huge number of people would benefit from a gluten-free bread option at restaurants, including those selling South Asian food.

The success of current Muslim-owned, US-based businesses that offer gluten-free and halal options shows that gluten-free naan is doable. Presently, Ike’s restaurants in the West Coast will offer gluten-free sandwich bread and halal chicken, while Saffron Road products offer gluten-free pad thai, chicken tenders, and more, in US and Canadian grocery stores. In fact, I found out about #GlutenFreeDietAwarenessMonth from Saffron Road’s Facebook page! These are welcome treats for sufferers of celiac disease and gluten intolerance.

Shireen Hakim is an award-winning author with a Master's in Nutrition from Columbia University. She was an expert source for Buzzfeed's Ramadan nutrition articles, and her nutrition article is viral on Islamic Online University blog.